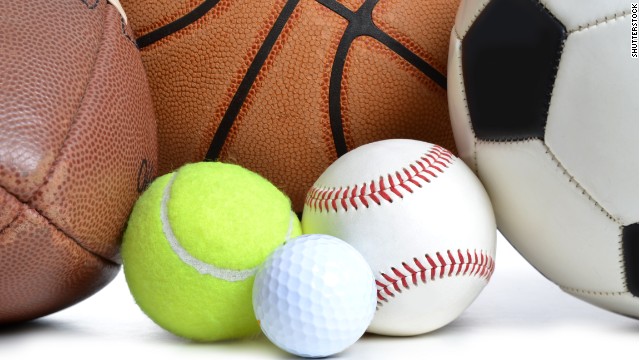 Ball size only matters when you're playing catch with your kids, Josh Levs says.
STORY HIGHLIGHTS

Editor's note: CNN's Josh Levs covers a wide range of topics and offers his personal take on fatherhood. He describes parenthood as part of the ultimate dream in his TEDx talk, "Breaking the System to Achieve the Impossible." Follow him on Twitter and Facebook.

Here's a scientific study that might send a bout of collective laughter across humanity.

Followed by some obscure measuring.

And as much as I'd like to type just about anything else, CNN has deemed me the one to share this with you. So, here goes.

A new study suggests that dads with smaller testicles are more likely to be nurturing to their infants. 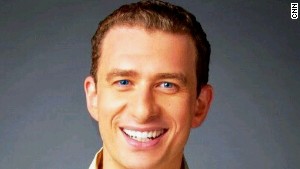 It was published Monday in the Proceedings of the National Academy of Sciences, which goes by the acronym PNAS (Yes, that's chuckle-worthy in this context, so go ahead and laugh).

Researchers at Emory University used an MRI to measure the gonads of 70 lucky biological fathers, age 21 to 43, in the Atlanta area. (Yes, they got paid for this.)

The scientists also studied each dad's brain pattern as he viewed photos of his child, a stranger's child or an adult stranger.

They were looking for activity in a part of the brain believed to be "involved in the motivation to approach and nurture offspring," said Emory anthropologist James Rilling, one of the study authors.

Meanwhile, the men's partners answered questions about how involved they were in taking care of their infant children. Do they take them to doctor visits or put them to bed?

The researchers then crunched -- sorry, bad choice of verbs -- the data.

"Fathers' testicular volume and testosterone levels were inversely related to parental investment," the study says, "and testes volume was inversely correlated with nurturing-related brain activity when viewing pictures of their own child."

When I learned of this study, I immediately feared what could happen if it gets taken out of context.

Dystopian future advice mothers give to daughters before marriage: "But will he be a good father? Weigh the wedding tackle!"

So, before anyone launches such a premature declaration, know that these researchers don't claim that the size of a dude's genitals determines how good a father he'll be. And a pair of testes experts we asked to review the study point to caveats as big as a couple of boulders.

The battle for diaper changing tables in men's rooms

Researcher: Caregiving could lead to shrinkage

The study started off with a pretty simple idea. Animals have to divide time between mating and parenting. Some previous studies suggested that less testosterone leads to less mating and therefore more time and energy spent parenting.

So this team wondered -- quite possibly listening to the Bloodhound Gang -- whether there's a similar tradeoff for humans.

The correlation they found suggests that there is "a tradeoff between mating effort and parenting effort," they say in their study.

Not so fast, says Lee Gettler, an anthropologist at Notre Dame who has conducted research on how men respond physically to father-child interactions.

To make the suggestion behind this study work, bigger privates would have to relate to more "mating" by men. But they don't, he says. "Large testes do not make you act promiscuously or badly as a parent."

Also, "testes size doesn't matter all that much for testosterone production."

For the record, size also doesn't determine how much sperm is being created, says Abass Alavi, researcher with the University of Pennsylvania

"What is important is how much sperm the testicle is making," he says. "Some geniuses have very small brains."

Rilling says it's true, this study did not look at what was going on inside the stones/jellybeans.

Also, he says, the study did not determine a "direction of causality. It could be that men who become more involved caregivers, that their testes actually shrink."

Rilling says the study is not about "good" or "bad" dads.

"There are other things that go into being a good father. For some men, it's working long hours so you can pay for your children to go to private school or get a good meal. For some fathers, it's playing with your children, coaching them in sports, things like that. We didn't look at any of those things."

And lots of factors determine how involved a dad is any age, from what kind of fathering he experienced to how much he's working to who else is helping raise his kids.

Still, even though this study involved only 70 dads, Rilling says he's confident it was a representative enough sample to draw the big-picture conclusion that guys with smaller testicles are more biologically predisposed toward nurturing their infants.

In the report, the authors say, more studies are needed to learn a lot more about this whole idea.

Rilling hopes this study could ultimately contribute to a larger understanding of the many factors that influence how dads behave. Perhaps down the road, he says, it will help medical efforts for dads who are having trouble feeling bonds with their infant kids.

How you measure up

All right, enough with the study. You're probably wondering what average testicle size is. You don't want to, but you are.

There isn't one, says Alavi. Testicular volume "varies enormously" among people around the world.

Size and function increase until puberty and then plateau around age 15 to 20. Both function and size start to decline around 50, with "significant decline" in size beginning at 60. "By age 80, you have about one-third the size of the testes you had at 20," Alavi said, and this paragraph is now mercifully over.

The balls that really matter

Across the country, many dads are doing a fantastic job, no matter what size banana hammock they would need if they were ever crazy enough to wear one, which they're not.

From Pew Research: "Almost all fathers who live with their children take an active role in their day-to-day lives through activities such as sharing meals, helping with homework and playing."

We fight negative stereotypes of dads as clueless buffoons. And we do so because we love our kids and have the right values, and keep in mind -- as I put it in a TEDx Talk -- that ultimately, if you're a parent, bonding with your kids speaks to the original, primal dream that's still inside all of us.

It helps keep us young and healthy. Plus, it's fun.

Speaking of which, these are the balls that matter most in fatherhood.

Dads: Tweet me pics of you playing ball w/ your kids. Base, Basket, Soccer, Foot, anything! For http://t.co/YVFcZozQ1b story.

@JoshLevs Me and my son in Spain, summer 2009, the day we told him and my daughter that a new sister was on the way. pic.twitter.com/o7vZ7oeThC

Today's dads are building a new era of involved fatherhood. Our boys will learn to do the same through our examples, no matter what size their genitals.