Windsurfing a family affair for Cyril Moussilmani and his brothers 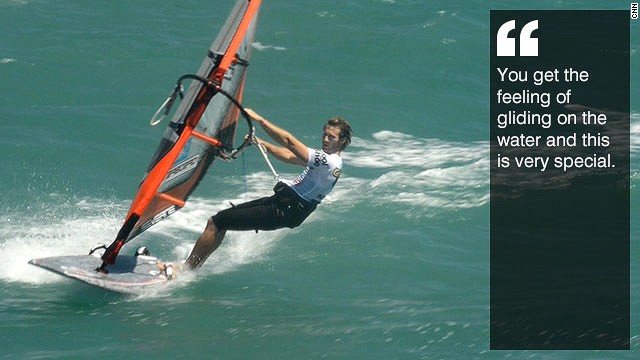 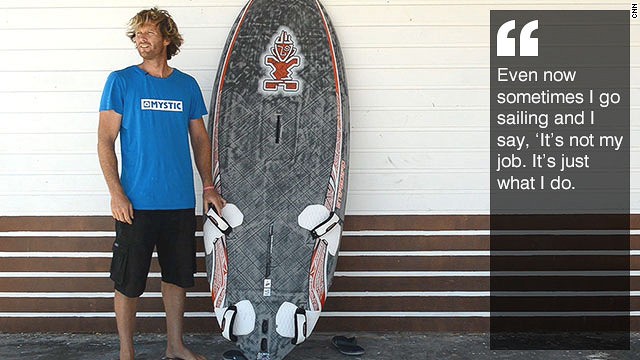 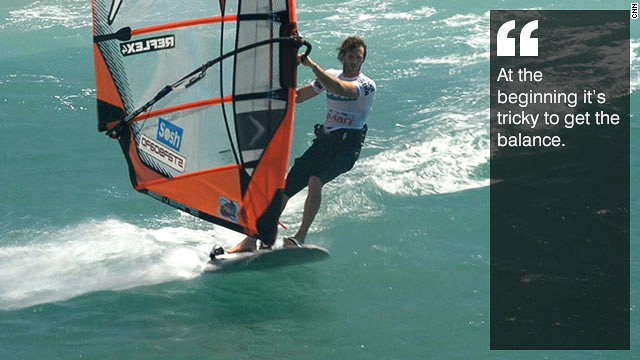 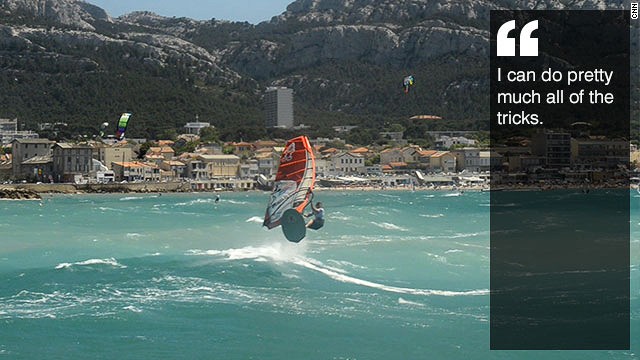 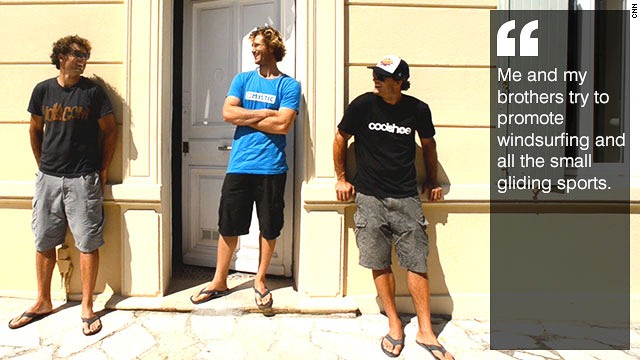 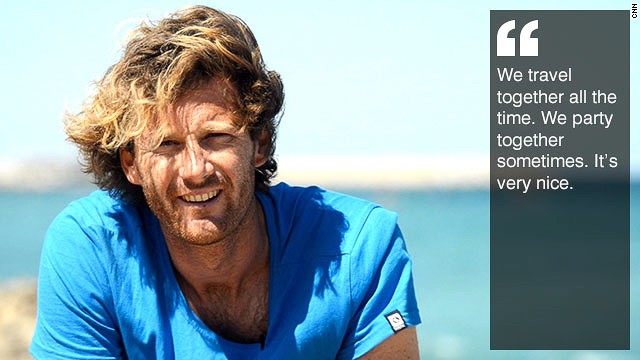 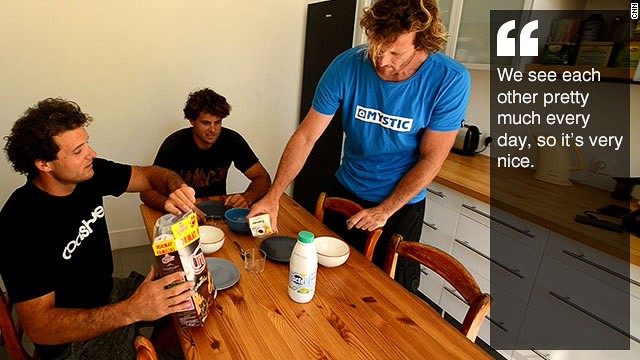 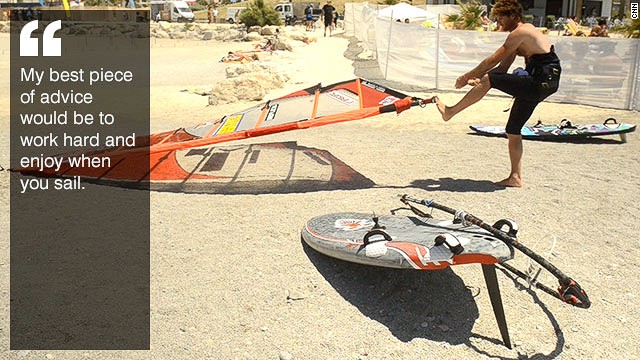 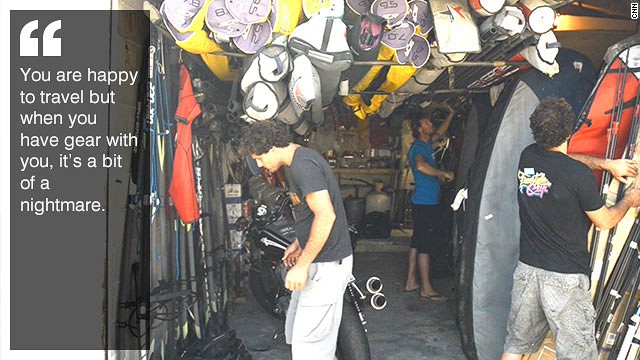 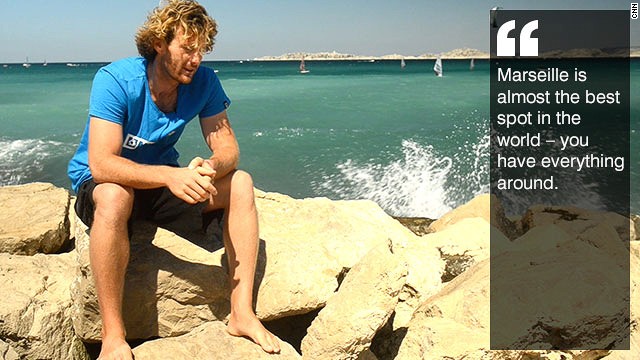 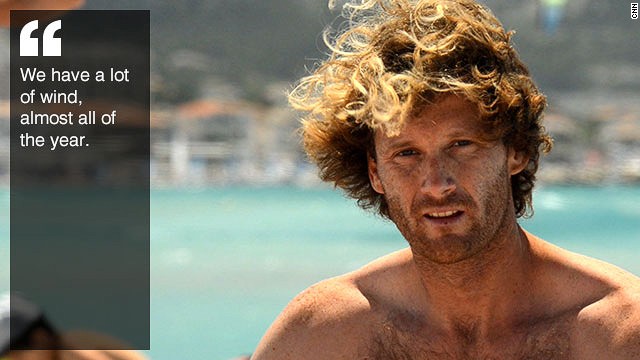 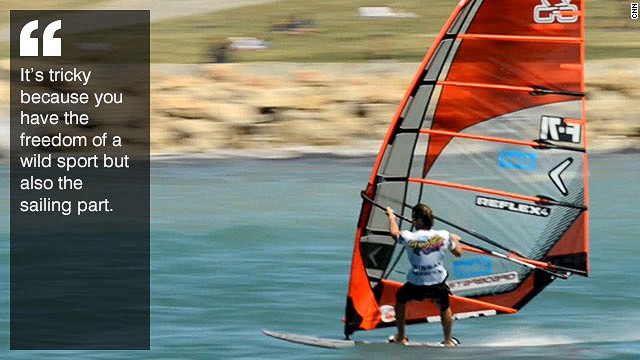 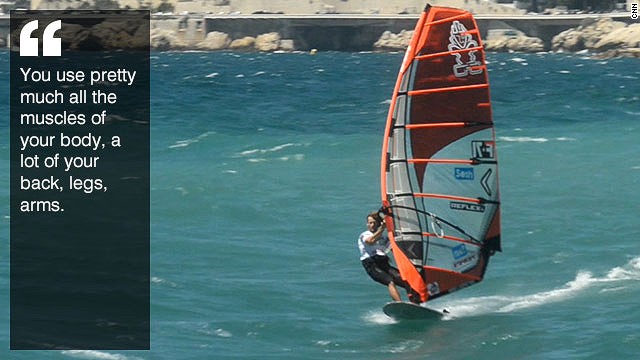 (CNN) -- Where there's wind and water in Marseille, you are likely to find "Les Mouss."

Three brothers with a passion for windsurfing, and a love for their native south of France.

They train together at home, travel the world together for competitions, and they also party together.

The siblings still live near each other in a port city known for, among other things, its Provençal fish stew bouillabaisse and being the birthplace of soccer superstar Zinedine Zidane.

"At the beginning we were football players," Cyril Moussilmani says of his younger twin siblings Sylvain and Benoit.

"From the age of 10 I started windsurfing and two years later my brothers followed me. Now we do everything together. We still see each other pretty much every day."

Several members of a family competing in the same professional sport are rare.

The Sutters from Canada were one such exception, with six of the older generation playing in the National Hockey League -- which has also featured the four Staal brothers. Baseball's Molina boys, meanwhile, each won the World Series while the three DiMaggios were all MLB All-Stars.

The Moussilmanis aren't quite so high profile, but they are happy in their niche. Their parents separated 25 years ago, but they were able to stay with their mom close to the beach.

"It's very nice because first of all for training, it's very important for me and them because we can compare speed," Cyril, the oldest of the trio at 33 and most accomplished, told CNN's Human to Hero series.

"As well, when the motivation isn't really here for me or them, one goes sailing and you say, 'Oh, I'm not going to let him go alone for training.' We help each other a lot."

That also applies to looking for sponsors, and it's apparent that a bit of banter between the siblings is never too far away.

When Sylvain is asked what Cyril would be if not a windsurfer, the 32-year-old replies with a laugh, "Nothing."

Cyril, a world champion in 2008 in the speed discipline and known in his sport as "the Flying Frenchman," can still remember the day windsurfing caught his attention.

He was nine and walking in Marseille with his parents when he spotted people sailing, and decided he wanted to give it a try.

Not long after, he began to take lessons and his interest has never diminished.

"You get the feeling to glide on the water and this is very special," he says. "It's what I like in the sport.

The only negative, he says, is lugging around all the heavy equipment -- Cyril routinely tests gear in the off-season for the development of his own brand, and owns 15 boards and 20 sails.

"When we travel, three of us, it's like almost one ton, so it's really hard," he says, laughing.

Having won the world speed title, Cyril finished third in the slalom rankings in 2010 and fourth last year, and is fifth so far in 2013 -- all the while trying to live up to his slogans of "do the best" and "be a machine."

France is a country excelling in slalom, with Antoine Albeau a multiple world champion and holding top spot in the rankings currently. Julien Quentel is ranked second.

Sylvain and Benoit have yet to match their brother, lying 20th and 27th in the slalom rankings respectively.

Benoit adds: "Cyril loves windsurfing, competition. For sure he's very focused on it compared to me and Sylvain."

Cyril says windsurfing is like a mixture of several different sports -- a combination of the laidback nature of surfing and the formality of sailing.

Exerting all parts of your body is the norm and like skiing, different disciplines exist. The oldest Moussilmani brother spends three to five hours a day on the water and puts in 10-15 hours a week in the gym.

The website of the Professional Windsurfing Association lists rankings in slalom, freestyle and wave but competitors can participate, too, in super x -- combining freestyle and slalom -- and speed.

Windsurfing retained its Olympic status after originally being replaced by kiteboarding, although Cyril doesn't expect to be in Rio in three years because the board used is different to the one he trains with.

He began competing in earnest as a 16-year-old in Australia and has tried his hand in many of the sport's formats, concentrating on slalom for competition and wave for fun.

Read: Back to school for rally superstar

But despite enjoying his travels, Moussilmani is always happy to be back in Marseille.

"I like to stay home because we have a lot of wind almost all year," he says. "Maybe in the summer it's a little tricky because it's very warm and a lot of people are on the beach, but during the rest of the season it's a very clement place to windsurf.

"When we have big storms we have waves, but most of the time it's choppy, so that's the only bad point about Marseille. But around Marseille there are two or three spots where you can do waves in proper conditions and you can travel as well.

"I like to go when it's super-strong wind and just be on the edge. When I do wave I like to show to everybody what we do -- we jump very high and we do loops. I like to be a little bit like a showman."