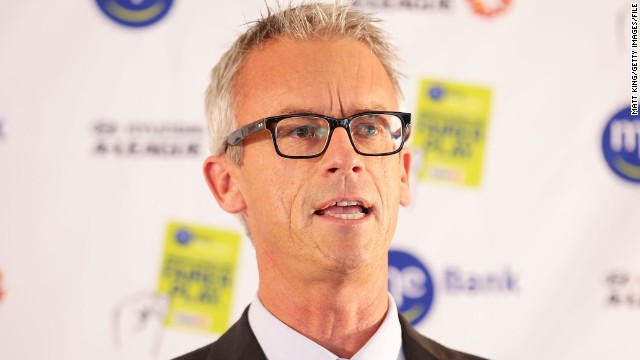 (CNN) -- The head of Australian soccer has vowed "to throw the book" at the men charged with match-fixing in a lower league competition -- which has been described as the worst such scandal in the country's sporting history.

Nine people were arrested on Sunday, and six of them were charged in court Monday, including the coach of Victorian Premier League team Southern Stars, a group of his players and a Malaysian national.

Five of those involved were British players who had been reportedly been offered to the Melbourne-based club at the start of the season on a non-payment basis.

The Australian Football Federation (FFA) website said the arrests were made after it received data on suspicious betting patterns involving the Southern Stars in August, which it passed on to Victorian state police.

"From the FFA's point of view we'll initiate proceedings under our own codes of conduct. You can be sure that we will throw the book at them.

"That means life bans on a worldwide basis."

Police said more than $2 million had been bet on the team, which is bottom of its division -- a second-tier competition below the national A-League.

Gerry Gsubramanian, 45, is accused of being the contact man for overseas betting syndicates who organized with the players the outcomes of matches.

"He receives phone calls. He is given advice on how the Southern Stars players are to perform," Detective acting senior sergeant Scott Poynder told the court, according to the Australian Associated Press.

"Video showed some of the players were doing some unusually poor play. For that work he received payment. Some of the bets are in the hundreds of thousands of dollars."

Gallop said he had been told by police it was considered an "isolated issue."

"This highlights the fact that lower league games, which aren't under the scrutiny of things like a global television broadcast, are potentially more susceptible to this kind of activity," Gallop said.

"At this stage the police have indicated to us that they are looking at an isolated issue in Victoria and we need to be guided by the police in that regard."

The controversy adds to a difficult year for Australian sport, which has been rocked by the drug scandals involving leading Australian Football League team Essendon as well as the country's rugby league competition.

"This was flagged earlier this year by the Australian Crime Commission that there were links with organized crime, trafficking of performance-enhancing drugs and match-fixing," journalist Jim Wilson of the Seven Network told CNN's World Sport.

"People were saying there's no match-fixing in Australian sport, and then this comes to light. It's a lower grade competition ... but it's the exotic betting and the middle-men involved that really sends shockwaves through Australian sport.

"Bets from India, Asia, Singapore, China on these local teams. I think you'll find that there are other sports that will be investigated and are under the spotlight as far as the Australian Federal Police is concerned.

"I don't think it's just limited to football in this country. This is disturbing for Australian sport in general."