Who were the victims of the Navy Yard shooting? 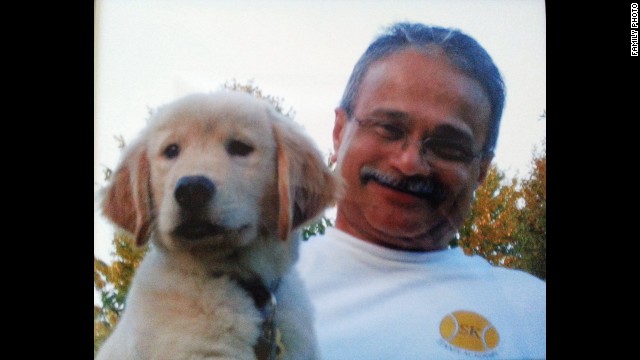 Twelve people were killed in a shooting rampage at the Washington Navy Yard on September 16. Here are photos of some of the victims: Vishnu Bhalchandra Pandit, 61, of North Potomac, Maryland. 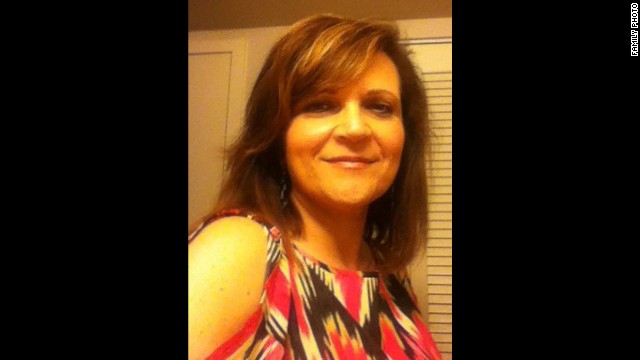 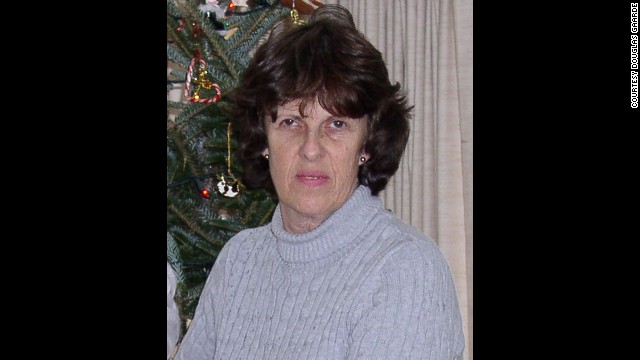 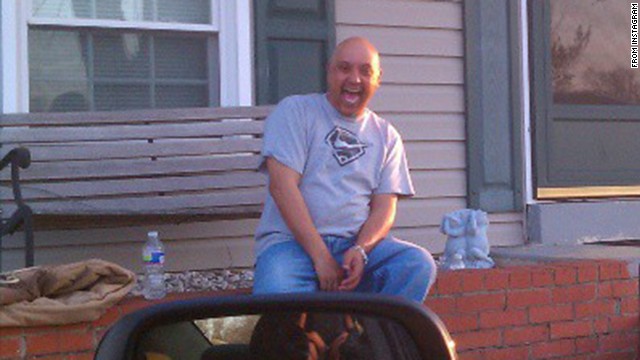 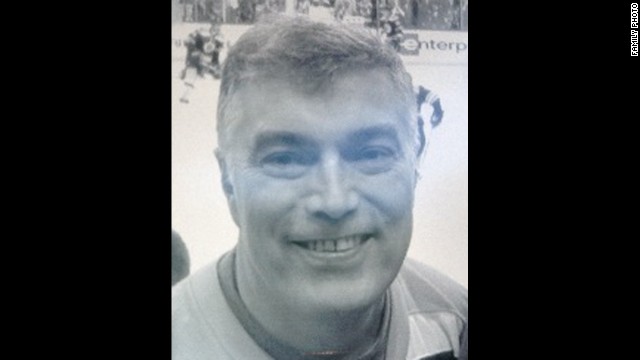 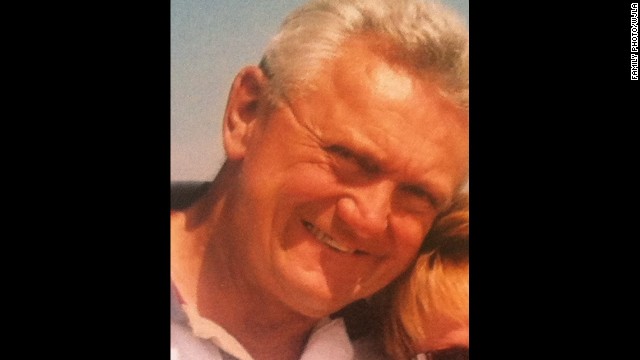 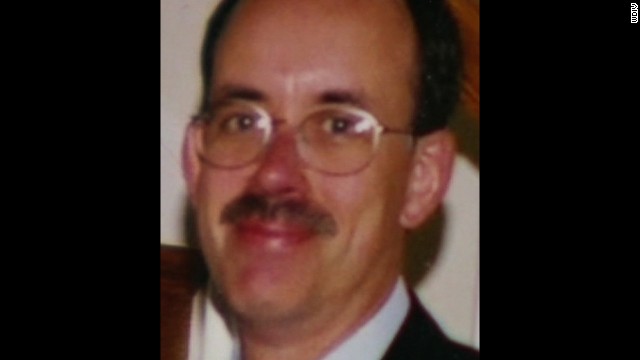 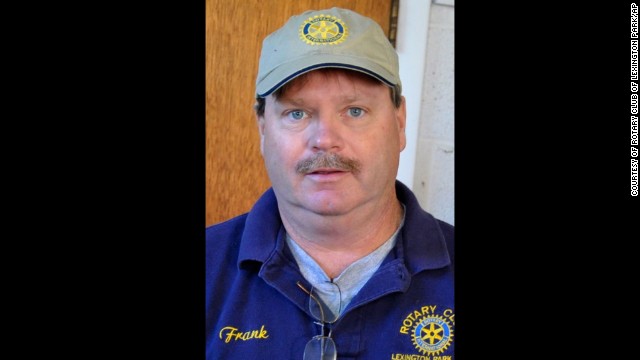 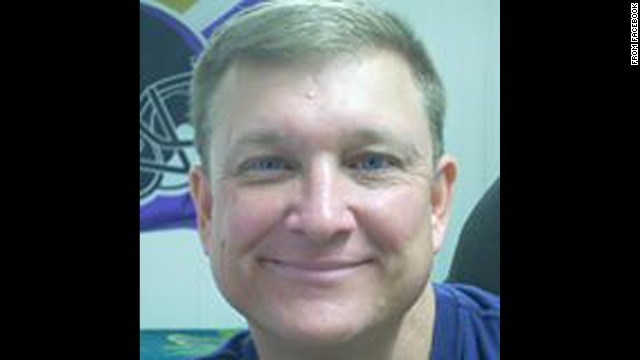 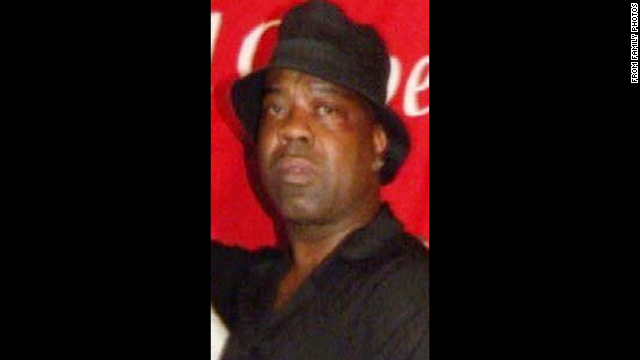 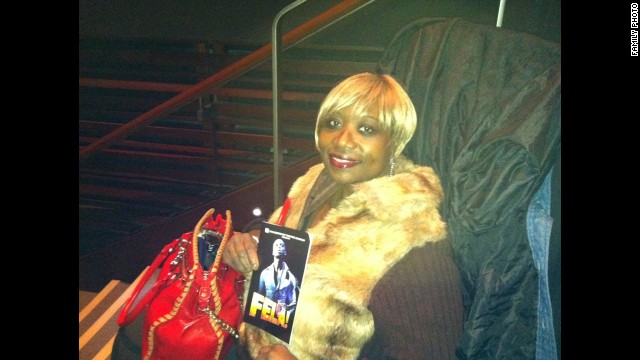 Do you know someone affected by the shooting? Share your thoughts.

(CNN) -- They were civilians and contractors, just starting their day at a massive military compound that's normally a bastion of safety.

But for reasons that may never be known, a former Navy reservist cut their lives short when he went on a shooting rampage at Washington's Navy Yard on Monday. Twelve families were left anguished.

• Michael Arnold, 59, of Lorton, Virginia, had a cold Monday, and his wife called to check on him when she heard an alarm in the background. He said he'd call her back, Arnold's mother told CNN affiliate WDIV. He never had the chance. 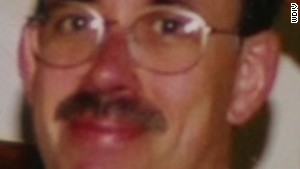 Arnold -- a veteran of 29 years and avid pilot -- was building his own plane that he hoped to fly to Michigan, where his mother, Patricia, lives, before he turned 60, the station said.

He had two master's degrees from the University of Washington and worked designing ships at the Navy Yard, WDIV reported.

• Kathy Gaarde, 62, of Woodbridge, Virginia, took care of her 94-year-old mother until she died last year, said Douglass Gaarde, her husband of 38 years. She also loved animals and counted bluebirds for a local refuge. 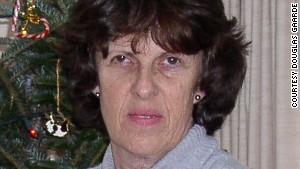 A Chicago native, Gaarde graduated from Florida State University before moving to Washington 38 years ago, where she has been a longtime Washington Capitals season ticket holder. 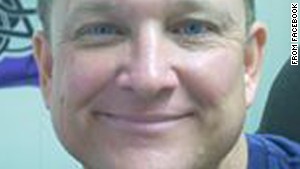 Douglass Gaarde said he traded e-mails with his wife shortly before the shooting.

"That was the last I heard from her," he told CNN's Anderson Cooper.

"You know, at first you don't think it could happen to her. I mean, there's 3,000 people in there," he said. "But as it gets later in the day ... you know if she was able to get to the phone she would have called home."

Their daughter, Jessica Gaarde, said her mother was the type of person would do anything for anyone she loved.

"I want them (people) to know she lived. She is not a number, or some statistic," she told Cooper. 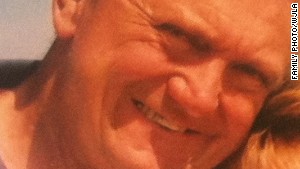 His wife described him as an awesome human being.

"He always said, 'Goodbye beautiful, I love you so much,'" said Judy Johnson, according to WJLA. "I was very lucky, and very blessed to find the human being that I found in him."

Her husband "always had a smile on his face," one of his neighbors told The Washington Post, adding that Johnson had lived in the neighborhood for more than 30 years.

A civilian who worked for the Navy, Johnson was described as a "smart man."

"He loved children. He loved our grandchildren. No one could ask for a better neighbor," the neighbor told the newspaper.

• Arthur Daniels, 51, of southeast Washington, D.C., was married to Priscilla Daniels for 30 years. They had five children and nine grandchildren, according to WTTG-TV. 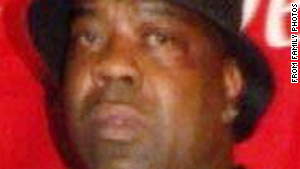 He worked at the Navy Yard as a handyman for 17 years and was on the fourth floor of Building 197 when the shooting began, his wife said.

It was the second time a shooting tragedy took a family member from the Daniels.

Daniels' teenage son had lost his life in a similar way, The Washington Post reported. He was shot in the back while running from a gunman.

It happened four years ago, when their 14-year-old son was walking home from the Metro, the newspaper reported.

• Richard Michael Ridgell, 52, of Westminster, Maryland, had three daughters who prompted him to join Facebook so he could keep up with them, The Washington Post reported. A friend once teased him for having only three connections on the social media site.

He attended high school in Maryland and worked for the Maryland State Police until 2000, capping a 17-year career with the force, the newspaper reported.

"I don't want people to remember him as a victim cause he never was in his life, and he never will be. He was strong. I want him to be known as a dad above a victim of a shooting, cause he was a great dad for all of us," his daughter, Megan Ridgell, told the network.

• Martin Bodrog, 54, of Annandale, Virginia, grew up in New Jersey, Indiana and Massachusetts and graduated from the Naval Academy in 1981 before serving 22 years in the military, where he received numerous awards and medals, according to a family statement. After his career, he oversaw the design and procurement of ships for the Navy. 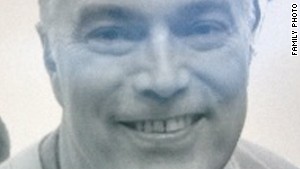 Bodrog and his family (wife of 23 years, Melanie, and daughters Isabel, 23, Sophie, 17, and Rita, 16) taught Sunday school for preschoolers, and he was active in Young Life, a Christian outreach group for high school students.

It was common to see him, in all weather, wearing shorts and a Boston Bruins jersey, walking his dog and helping shovel snow out of his elderly neighbors' driveways.

"He was such a great man," Selma Nunes, a friend of Bodrog's, told CNN's Erin Burnett. "Everything he did was purposeful, meaningful, and was intentional, and because of that he did everything with excellence."

"So many people have regrets, and I can say with confidence that he lived the American dream," she said. 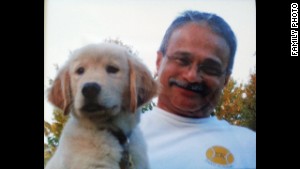 Mike Honig, another neighbor, described Pandit as "a very nice man with an Irish setter." He said Pandit and his wife had lived in the neighborhood for 20 years.

• Kenneth Bernard Proctor, 46, of Waldorf, Maryland, married his high school sweetheart. He and Evelyn were married 19 years before an amicable divorce this year. He still called her every morning before breakfast at the Navy Yard, where he worked as a civilian utilities foreman, Evelyn Proctor told the New York Daily News. 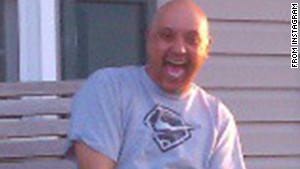 The Washington Redskins fan had two children with Evelyn: Kendull, 15, and Kenneth, 17. Kenneth is in Army basic training in Oklahoma, Evelyn Proctor told the newspaper, describing her ex-husband as "a very loving, caring, gentle person."

• Mary Francis Knight, 51, of Reston, Virginia, was an information technology contractor who had been in Washington for five years, her family told CNN affiliate WITN. 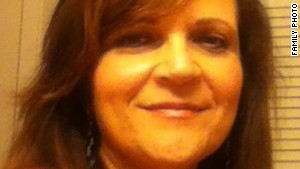 The daughter of a Green Beret and a native of Fayetteville, North Carolina, Knight had two daughters herself -- Nicole, who got married earlier this year, and Danielle, who lived with Knight.

"She was a great patriot who loved her country and loved serving the USA," family spokesman Theodore Hisey told WITN.

• Gerald Read, 58, of Alexandria, Virginia, was an information assurance specialist in the Navy Sea Systems Command who spent much of his career in military law enforcement and as a systems analyst, according to The Washington Post. The former Army lieutenant with two master's degrees worked as a civilian at the Navy Yard, managing security risks related to data.

His wife of 35 years, Cathy, described him as a "totally reliable, really, really solid" husband who loved reading -- especially books about the Civil War -- and was close to his daughter and three grandchildren, according to the newspaper.

Read and his wife had been rescuing Labrador retrievers for a decade. The couple had three Labs, an Irish setter and two cats, but Read was most fond of his black Lab, Roderick, the paper reported.

• Sylvia Frasier, 53, of Waldorf, Maryland, was the second-youngest of seven children, The Washington Post reported. Her family gathered Monday inside a three-bedroom home waiting for news. 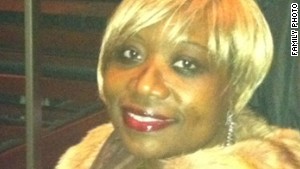 "No matter how we feel, no matter what information we get from the FBI, we have got to forgive," Wendy Edmonds, Frasier's sister, told the newspaper. "We have to forgive. We can't become bitter."

The family released a statement remembering Frasier as a loving person with an infectious smile.

"If there are any words to describe her, it would be faithful, family oriented, and dedicated professional," the statement said.

Frasier was a deaconess, altar counselor and member of the arts and music ministry at Rhema Christian Center Church.

"She was a friend to everyone she met and a stranger to no one," her family said. "The only hurt she caused us was the void that was left when she was snatched up prematurely and gone too soon."

• Frank Kohler, 50, of Tall Timbers, Maryland, was married with two daughters, according to Baynet.com. Kohler was a past president of the Lexington Park Rotary Club, and was once "King Oyster" at the group's oyster festival, the local news outlet reported. 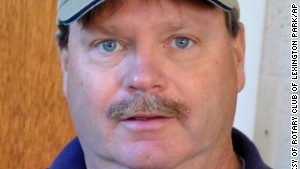 The family has faced tragedy in recent years, a neighbor told Baynet. Their home burned down in a gas explosion but they rebuilt, the neighbor said.

"I have many good memories as Frank and I worked together at Lockheed Martin," Bob Allen, a friend and fellow Rotary club member, said on his Facebook page, according to Baynet. "He took my job at Oyster Festival in charge of beer stands, a Steeler fan, a golfer, a great family man, a Christian, and a great friend. Frank you will be missed by me and so many!"

Opinion: What could have prevented Navy Yard carnage?

Three were shot, including a woman who was struck in the head but survived. The bullet did not penetrate her skull, and she was released from the hospital Tuesday night.

The others suffered contusions and chest pain.

Witness: 'He aimed his gun at us' and fired

Among the injured is Washington Metropolitan Police Officer Scott Williams, who underwent surgery Monday afternoon for gunshot wounds to the lower legs.

"He was most concerned about being able to talk to his mother and wanted to make sure he was able to speak to her before he went into surgery," said Dr. Janis Orlowski, chief medical officer at the MedStar Washington Hospital Center.

Wounded survivors are eligible for treatment at a U.S. military' hospital, just as if they were soldiers wounded in war.

According to the FBI, Aaron Alexis was under "the delusional belief that he was being controlled or influenced by extremely low frequency electromagnetic waves."
Who were the victims?

Get to know the victims of the Navy Yard shooting through our interactive.
Flags in shooter's past apparently not red enough
updated 6:37 AM EDT, Thu September 19, 2013

They were civilians and contractors, just starting their day at a massive military compound that's normally a bastion of safety.
Who is Aaron Alexis?
updated 10:15 AM EDT, Tue September 17, 2013

The picture emerging of the dead gunman is a study in contrasts, one of a man who practiced languages and meditated, and another of a cold-blooded killer.
Obama at memorial: 'We can't accept this'
updated 10:10 AM EDT, Mon September 23, 2013

For scientist Benita Bell, memories of an encounter with a stranger last week took on a different light after the shooting.
Vetting military contractors: How did gunman get in?
updated 6:20 AM EDT, Wed September 18, 2013

The shooter had a "pattern of misconduct" as a Navy reservist, had sporadic run-ins with the law, and had contacted two Veterans Administration hospitals for apparent psychological issues.
Navy Yard's storied past
updated 7:32 AM EDT, Tue September 17, 2013

The Washington Navy Yard is the home to high-level naval personnel and is the workplace for many junior service members and civilian employees.
Cathy Lanier: from teen mom to DC's top cop
updated 12:47 PM EDT, Fri September 20, 2013

About 3,000 people work at the Navy Yard, including junior service members and civilian employees. It's supposed to be a secure facility. So what went wrong?
Talking to kids about shootings
updated 4:27 PM EDT, Fri October 24, 2014

Aurora. Sandy Hook. Boston. And now the nation's capital. Another mass tragedy filled with incomprehensible loss, nonstop news coverage and a major question for parents: What do we tell our kids?
Did Obama strike the wrong tone after shooting?
updated 7:38 AM EDT, Wed September 18, 2013

The White House defended President Barack Obama from criticism he was tone deaf in his reaction to the shootings at Washington Navy Yard.
Will rampage move the dial on gun control?
updated 7:49 AM EDT, Wed September 18, 2013

Go inside the story with photos from the scene.