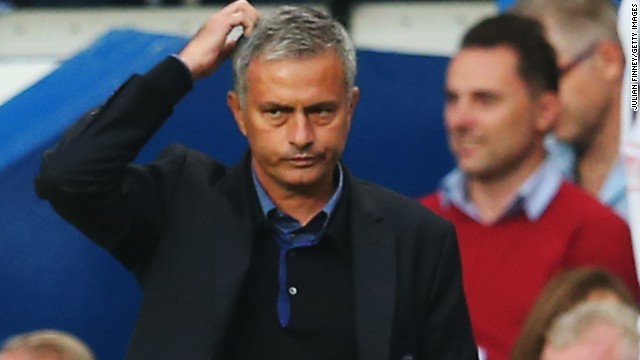 Jose Mourinho is still getting to grips with his team's playing style following his return to Chelsea, where he won two English Premier League titles at the start of his 2004-07 tenure. 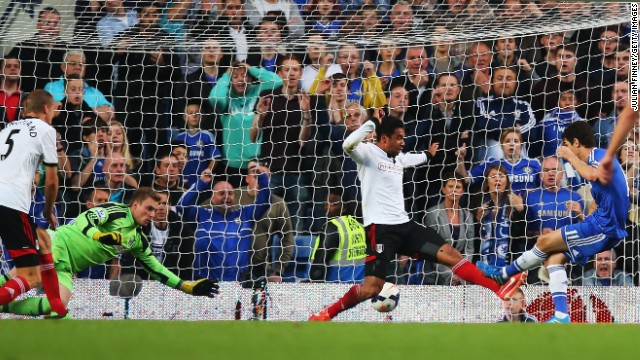 Mourinho has made it clear that Oscar is his preferred choice to play behind the main striker, and the Brazilian paid back that confidence with the opening goal against Fulham. 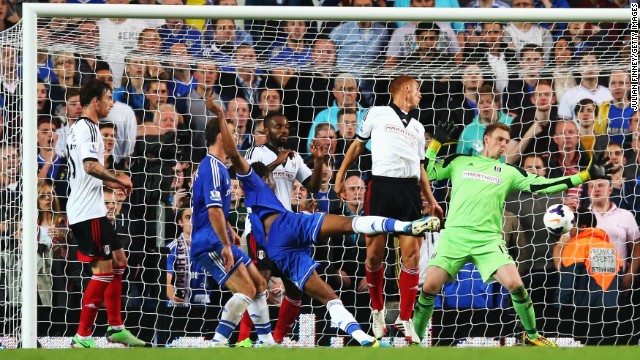 (CNN) -- After two successive defeats, and with his proud unbeaten home English Premier League record at stake, Jose Mourinho was never going to take any chances.

The shock losses against Everton and Basel brought a brutal end to the Special One's second honeymoon at the club, and he responded by making the changes he thinks are necessary to overhauling the team's playing style.

So neither Juan Mata, the club's two-time player of the year, nor the skilled-but-error-prone defender David Luiz even featured in Saturday's squad to face London rival Fulham.

Back came captain John Terry, a defensive stalwart in Mourinho's first Chelsea reign but a peripheral figure last season, along with John Obi Mikel -- a defensive midfielder that the Blues worked so hard to steal from under the nose of Manchester United back in 2006.

And those two combined to seal a 2-0 victory that ended a run of four games without a win, which had contributed to Chelsea's worst start to an EPL campaign since Russian owner Roman Abramovich took over in 2003.

Terry headed down an 84th-minute corner and Mikel hooked the ball into the net -- the Nigerian's first league goal in 185 games.

That relieved the pressure on Mourinho, indeed putting his team top of the table on goal difference ahead of Sunday's Manchester derby and other games involving top-four hopefuls Arsenal and Tottenham.

This was Chelsea, which had more than $150 million worth of talent on the substitutes' bench, winning ugly.

It came against a struggling Fulham team that has not won since the opening day of this season, and has not beaten Chelsea since March 2006 -- or won at Stamford Bridge since 1979.

"After a bad start that everybody kept telling me is the worst start for about a decade, today I go to bed and look at the table: nobody is in front of us," Mourinho said after the match, having extended his unbeaten home record in the EPL to 63 matches.

"I'm in football for a long time and when results are not good I'm not expecting people to speak well about our team. I'm building a different team, the most difficult thing is first to change the philosophy. That takes a little bit of time.

"We are not playing especially well, the results are not especially good, but the beauty of the Premier League is that everybody loses points, so no dramas. I have to say, I never worked so hard as I'm doing this season with this group of players."

Part of Mourinho's problem has been the dilemma of trying to find a place for his wealth of attacking talent.

He made it clear before the match that he sees Oscar -- not Mata -- as his No. 10 behind the sole striker, and it was the Brazilian who settled Chelsea's nerves after a poor first half.

Oscar netted his second goal this season in the 51st minute, scrambling in from close range after two less-than-convincing parries by visiting goalkeeper David Stockdale -- who, incidentally, was one of the few EPL players this weekend to wear rainbow laces in support of an anti-homophobia campaign.

Read: Eto'o - It's not about money

"I want to play Mata and Oscar, but Juan has to work and adapt to a certain style of play because I'm not ready to change Oscar's position," Mourinho said.

"Juan has to learn to play the way I want to play, be more consistent."

With last week's 2-1 Champions League defeat at home to Swiss side Basel echoing the draw with Rosenborg that marked the end of his first Chelsea tenure in 2007, Mourinho has a lot of hard work to return to the glory days of his successive EPL crowns in his first two seasons at the club.

Meanwhile, previous leader Liverpool crashed to a 1-0 defeat at home to Southampton, its first reverse this season.

Croatia international defender Dejan Lovren headed home Adam Lallana's corner eight minutes after halftime to clinch the visitors' second win this season, having been the last team to beat Liverpool in the league -- at home back in March.

Everton built on the win over Chelsea by coming from behind to win 3-2 at West Ham, scoring twice after home midfielder Mark Noble was sent off to be the EPL's only unbeaten team with two wins and three draws

Noble had put West Ham 2-1 ahead with a penalty, but received a second booking with eight minutes to play -- which allowed England defender Leighton Baines to fire in a second superb free-kick.

Two minutes later on-loan Chelsea striker Romelu Lukaku headed in the winner, having come on as a halftime replacement, despite a collision with West Ham's Joey O'Brien that left the Belgium international needing lengthy treatment.

Promoted Hull moved up to mid-table with a 3-2 win at Newcastle, thanks to a 76th-minute volley from Nigerian forward Sone Aluko.

On-loan France striker Loic Remy had twice put Newcastle ahead, but his goals were canceled out by Robert Brady and Ahmed El Mohamady.

Aston Villa bounced back from three successive defeats by winning 1-0 at Norwich, as new Czech striker Libor Kozak netted the only goal after the home side's Robert Snodgrass missed a penalty.