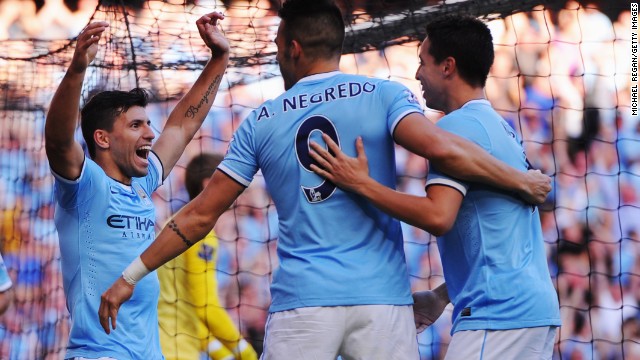 Sergio Aguero (left) celebrates with Alvaro Negredo (center) and Samir Nasri after scoring Manchester City's third goal against Manchester United and his second of the match. 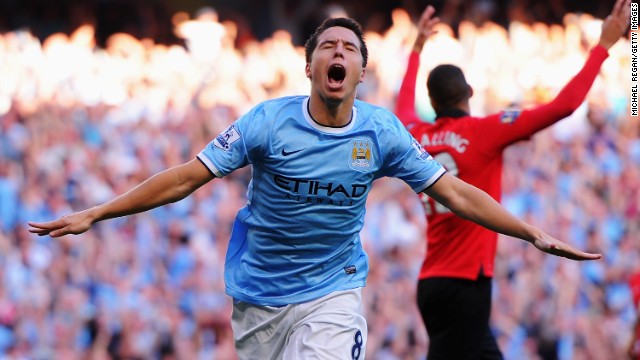 Nasri was criticized for his performance during City's 3-2 defeat in last season's home derby, but he played a key role in Sunday's 4-1 win. The France midfielder celebrates after scoring City's fourth goal. 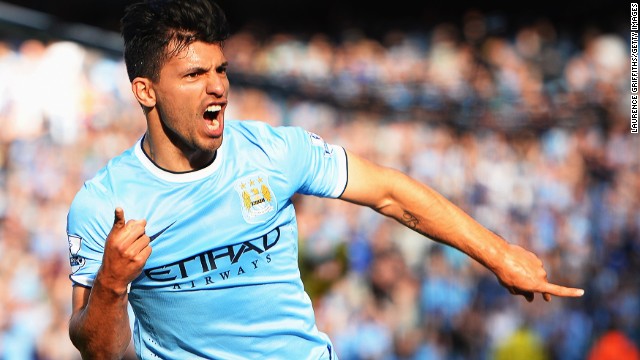 Aguero gave City the lead in the 16th minute with an exquisite volley. 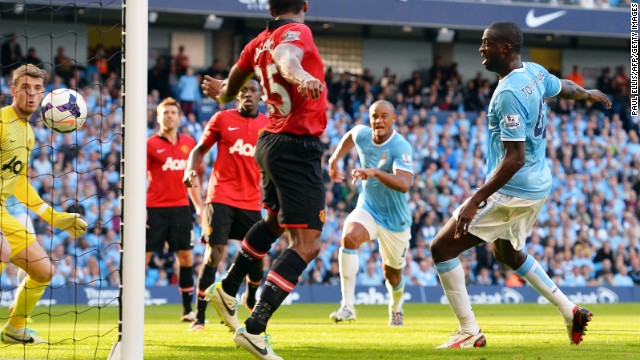 Yaya Toure (right) scored the crucial second goal in time added on to the first half, diverting Negredo's header into the net. 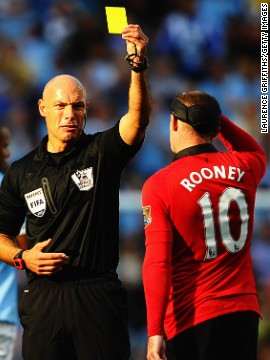 With Robin van Persie ruled out by injury before the match, Wayne Rooney was given even more reponsibility for United's attacking fortunes. He was frustrated for much of the match, earning a booking for a tussle with City captain Vincent Kompany, but struck a fine consolation free-kick in the closing minutes. 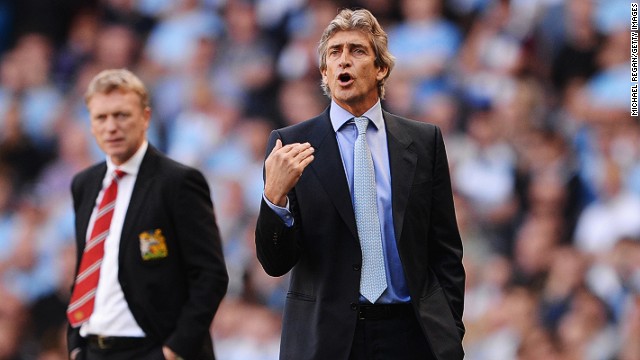 Moyes, facing the immense task in replacing Alex Ferguson -- the most successful manager in British football history -- could only watch as City netted four times in the first 50 minutes against the defending champion.

Sergio Aguero scored the first and third, Yaya Toure made it 2-0 in first-half injury time and Samir Nasri put the result beyond doubt.

It lifted City up to third in the table, with new manager Manuel Pellegrini vindicated in restoring Alvaro Negredo to the starting lineup as the Spain striker set up two of the goals.

Moyes was robbed of the services of last season's top scorer Robin van Persie, who was ruled out with a groin injury, and Wayne Rooney was unable to continue the resurgent form he has shown up front this season until he curled in a stunning free-kick in the 87th minute.

"Every manager has bad days and bad results. I am no different," Moyes said. "I have been here with Everton many times and I don't think I suffered a defeat like this with Everton.

"I talked with the players the same as I would at any other club. They are good pros here and they know when they are bang at it and when they are not."

While the result echoed City's 6-1 thumping of United at Old Trafford two years ago, which gave Roberto Mancini's men a five-point cushion at the top on the way to a long-awaited league title, this time the victory has merely kept the Light Blues in touch with leading sides Arsenal and Tottenham.

The London clubs ended this weekend with a two-point advantage after Arsenal beat Stoke 3-1, with record signing Mesut Ozil having a hand in all three goals, and Tottenham edged Cardiff 1-0 thanks to an injury-time winner from Paulinho.

United, meanwhile, dropped to eighth in the table with just seven points from five matches -- five behind the top two.

Moyes' team also lost to Liverpool and drew with Chelsea in a difficult run of early fixtures.

"The start to the season could be a lot better," the Scot said. "We did say it could be a difficult start.

"I wasn't convinced when the balls came out of the Premier League bag (for the schedule) and I'm still not convinced."

Pellegrini was understandably pleased with his best result since leaving Spanish club Malaga at the end of last season.

"I'm very happy. The way we played is the way I want this team to play, very similar to against Newcastle (a 4-0 win). We played the way we work all week," the Chilean said.

"We have been playing irregular in other games, but it is normal in this moment of the season. This was a high test today and the players had a great answer."

Aguero put City ahead in the 16th minute as the Argentina striker superbly hooked in a volley from Aleksandar Kolarov's left-wing cross, with Nasri also involved in the move.

Toure pounced for the vital second just before the break, sticking out a knee to divert the ball into the net after Negredo rose highest to head down a corner.

Negredo, signed for $26 million from Sevilla in July, was again the provider just a minute after the restart as he turned and put in the perfect cross for Aguero to volley home a much simpler effort than his first.

Nasri was criticized for his performance in last season's corresponding fixture, a tempestuous 3-2 defeat for City marred by pitch invasions and coin throwing, but he has been a different player this campaign.

The France midfielder calmly volleyed in the fourth goal at the far post from a cross by Jesus Navas -- another new addition to City's squad -- after captain Vincent Kompany stopped a United attack and charged upfield.

Rooney is also in significantly better form this season, having flirted with a move to Chelsea but now seemingly committed to United.

The England striker's late corner allowed Patrice Evra to head against the post, and soon after he gave City keeper Joe Hart no chance with his fourth goal in the last three matches.

Arsenal's victory was the club's seventh in a row since losing 3-1 at home to Aston Villa on the opening day of this season.

"Once he is completely integrated we will see even more of him, but he has shown today that he is a great player," said Wenger said.

"Ozil is a player, when you look at his numbers, the assists are not a coincidence, it is just the reality of his game.

"You could see today he has a good pace as well. At the moment he focuses a lot on his passing, but he can create individually as well."

Tottenham needed a moment of magic from Paulinho, one of several new signings, as the Brazil midfielder backheeled the winner at Cardiff from Erik Lamela's pass.

"There could only be one winner," said Spurs coach Andre Villas-Boas.

"We played so much football it would have been unfair to leave here with only one point."

In Sunday's other match, Swansea moved up to ninth with a 2-0 win at promoted Crystal Palace, which stayed second from bottom.

The Italian was a controversial appointment on March 31 due to his past statements in support of fascism, but he kept the club in the top flight in 17th place.

However, Sunderland has just one point from five games this season.