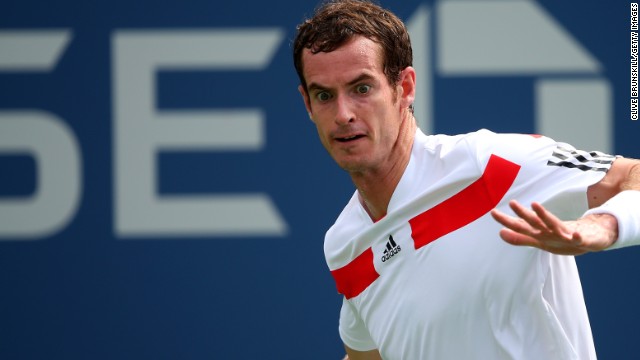 (CNN) -- Andy Murray has given the thumbs up after undergoing surgery on his back.

The two-time grand slam winner took to Twitter just after the operation, writing: "Thanks for all the well wishes, means a lot to me."

He added: "First thing I said when I came round was 'did I win?'"

Murray, 26, is hoping to return to training in Miami in November following a period of rehabilitation.

Thanks for all the well wishes, means a lot to me... pic.twitter.com/KokbiW8Y4M

The British No.1 has suffered with back injuries throughout his career and was forced to withdraw from May's French Open before going on to win Wimbledon.

His failure to play at Roland Garros was the first time he had pulled out of a grand slam since the 2007 clay-court tournament where he was suffering with a wrist injury.

He failed in his defense of the U.S. Open earlier this month, losing out in the quarterfinals to Switzerland's Stanislas Wawrinka in straight sets.

World No. 3 Murray will hope to return to competitive action ahead of next January's Australian Open before turning out for Great Britain in its Davis Cup tie with the U.S. the following month.