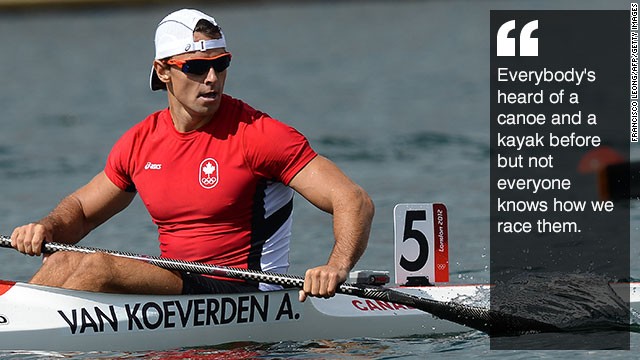 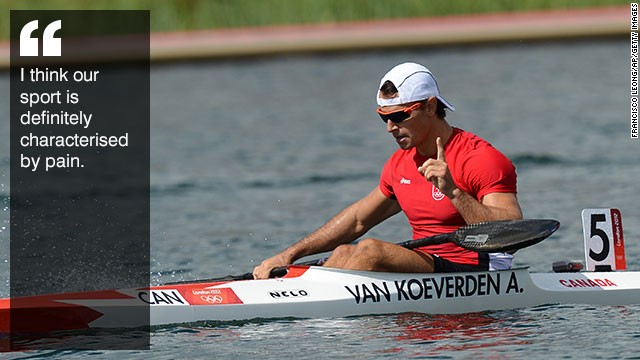 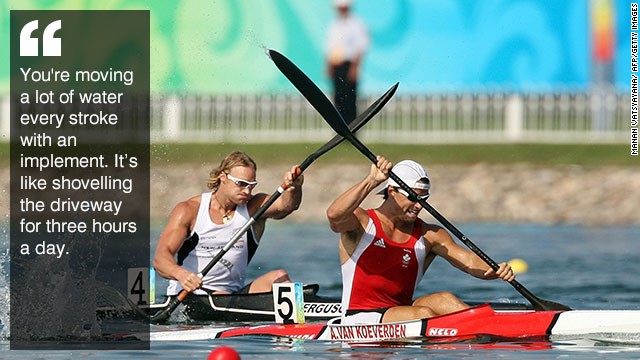 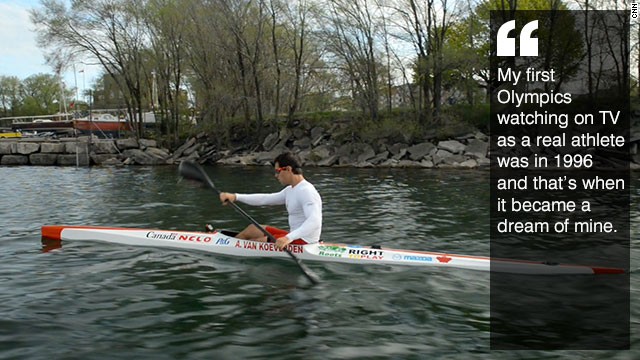 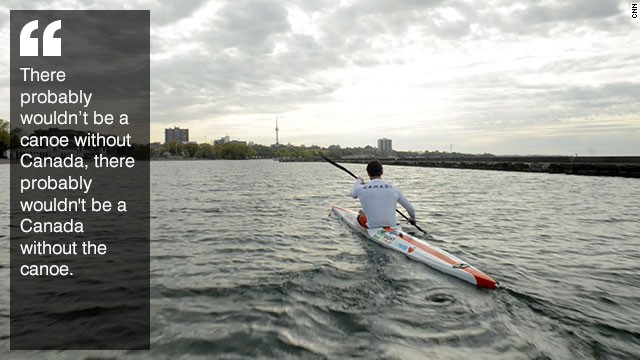 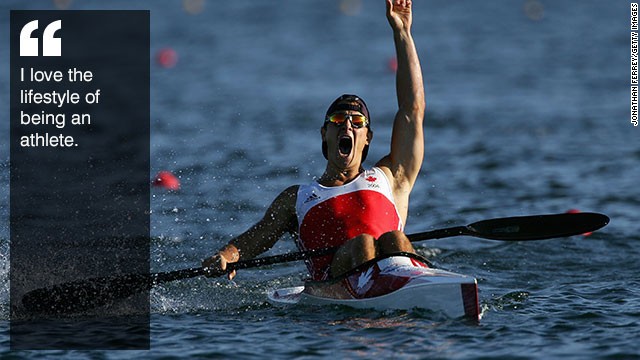 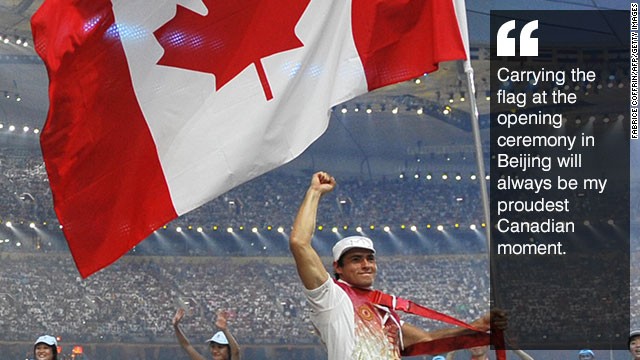 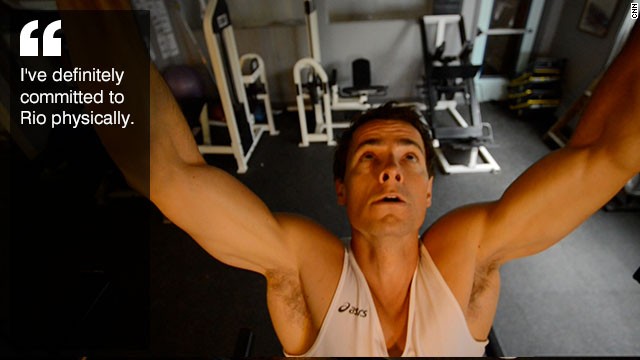 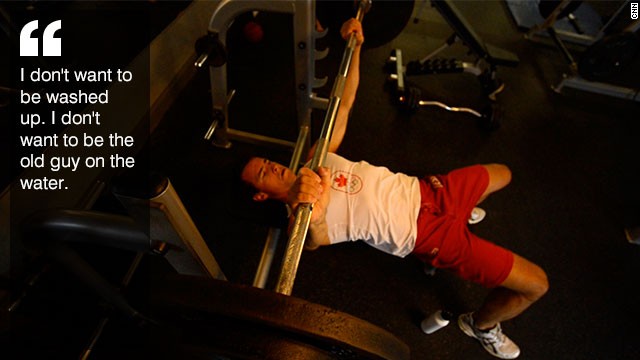 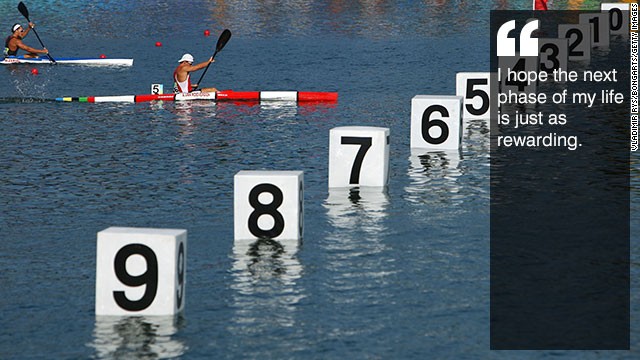 (CNN) -- Some people take many years to find their calling in life -- but for Adam van Koeverden, it was right in front of him in black and white.

On a small section of his local newspaper, the Canadian boy who would become an Olympic champion saw his future flash before him.

An advert, in the otherwise unremarkable Oakville Beaver, had caught his mother's eye. It was calling out for the next kayak superstar -- and her son had already tried everything else without much success.

"It was one of those turning points in your life where you look back and you're like, 'Wow that day really changed the rest of my life quite significantly,' " van Koeverden told CNN's Human to Hero series.

"It was a long time ago now. I wonder what would have happened with me and where I'd be today if instead of that newspaper article, my mum was reading something different or brought me down to another sports club? Or didn't at all? I think about that a lot."

As a 13-year-old who had tried his hand at a whole host of sports including soccer, basketball and volleyball, it was the kayak which caught the imagination of a determined teenager.

After his first foray into the world of paddling, there was never a chance he'd turn back.

"Every kid wants to have something to brag about. I tried out for all the teams growing up but I just wasn't really showing any signs of any athletic prowess," van Koeverden said.

"In kayaking it was the sort of a thing I could go out there and practice on my own. It took a lot of concentration."

Some 18 years have passed since he first picked up a paddle, but van Koeverden has lost none of the boyish enthusiasm which propelled him from an unknown to one of the sport's most famous stars.

From arriving as a virtual unknown at the 2004 Athens Olympics, where he won gold in the K1 500-meter event and bronze in the K1 1,000-meter race, he went on to establish himself as an icon of the sport.

The opportunity to compete at Rio in 2016 is a huge lure for the man who grew up dreaming of the day he would compete at the greatest Games on earth.

And at the age of 31, that dream still remains -- perhaps burning even stronger.

"I'm training like I'm training for the Olympics, and it's just difficult committing to something that's so far away.

"I really have enjoyed the process of diversification and trying new things but I can't really get away from the fact that I'm a kayaker and I love to race, and there's a big race happening in Brazil in a couple of years' time.

"I don't want to think about retirement and I hope the next phase of my life is just as rewarding and provides me with the same opportunity to work hard."

Van Koeverden has stood on top of the world -- in more ways than one -- but he has not lost sight of the smaller things in life.

It was one of those turning points in your life where you look back and you're like 'wow that day really changed the rest of my life'.
Adam Van Koeverden

The man who walked into Beijing's Bird Nest stadium holding the Maple Leaf aloft in 2008 is now busy flying the flag for children across the world who can only dream of becoming a Olympic hero.

The scheme runs a whole host of educational programs which include seminars on AIDS and HIV, conflict resolution, healthy active living, sanitation and cleanliness.

Van Koeverden proudly sports a "Right to Play" sticker on his kayak -- something which he is often asked about.

"When I'm racing my boat in Europe people always ask me, 'Is that like a gaming site, are they like your sponsors?'

"It's a good conversation starter because they don't know it's a charity that I do some work with.

"They're a children-focused charity that is helping to improve lives for those who aren't fortunate enough to be able to say that they can take sport and play for granted.

"Unfortunately it's not something everybody globally can take for granted.

"When I was 13, I just wandered into a canoe club and had access to a competitive sport with great coaching and great facility.

"That's just not available to everybody, so it's great that the Right to Play is bridging that gap and leveling the playing field."

Despite a hectic competition schedule and his constant traveling, the opportunity to help others remains a driving force for van Koeverden.

"It comes down to priorities," he added.

"I'm tremendously fortunate to be able to do a sport for my living and be a full-time athlete, so any spare time that I have, I should be able to devote to these sorts of efforts.

"It's easy to turn a blind eye or forget when you're so focused on moving a kayak, like how obscure that is and how selfish it is in the long run because, really, I can't think of a more selfish sport.

"I'm in a little boat all by myself out on the water paddling as fast I can every single day just so I can go and win a kayak race.

"While I feel very fortunate, I also know there's a bigger picture and there's other things out there that we need to consider and if I can be a part of that then I will."