What football managers can teach you about leadership 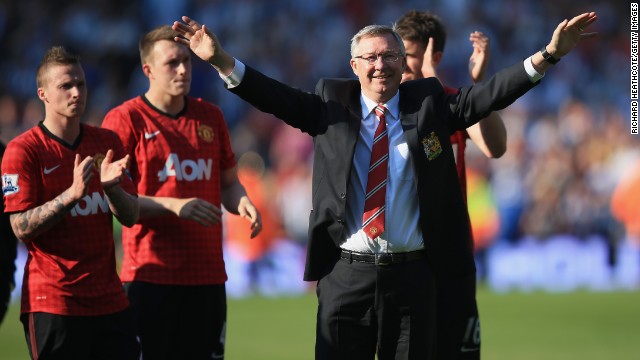 Former Manchester United manager Sir Alex Ferguson was the focus of a 2012 Harvard Business School study on leadership. According to author and management consultant, Mike Carson, those in business can learn much from analyzing the work of successful football coaches like Ferguson. 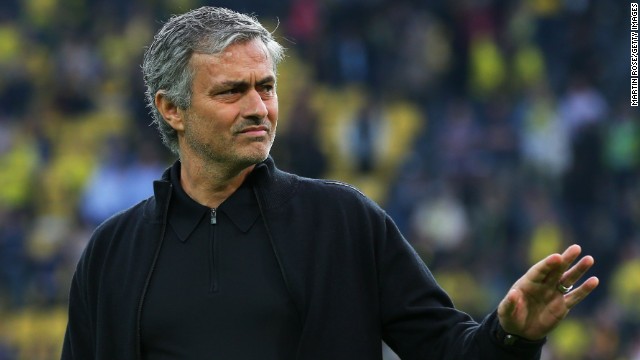 High profile managers like Jose Mourinho (pictured) are adept at managing a complex array of stakeholders and their demands, Carson said, a skill that will be familiar to many CEOs and senior executives. 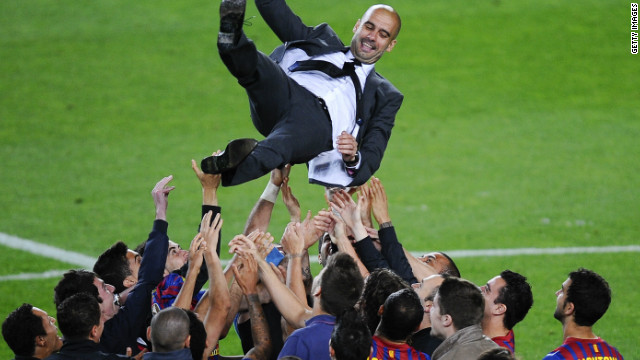 A fair comparison between the business and football worlds would be former Barcelona coach Pep Guardiola and Steve Jobs, the late Apple CEO, Carson said. Both lived their vision (in Jobs' case innovative product design and in Guardiola's a style of play) dragging their respective institutions along with them. 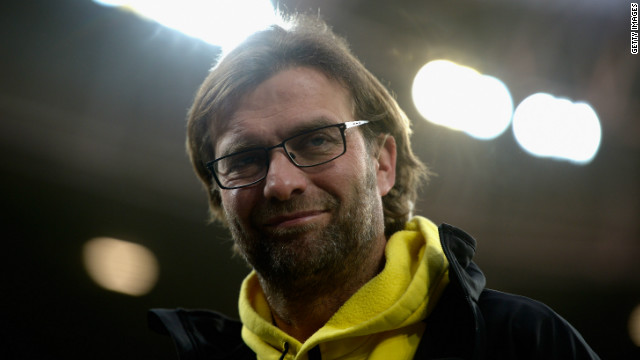 Borussia Dortmund's charismatic coach, Jurgen Klopp, is renowned for his energetic touchline persona. According to the dean of Edinburgh University's business school, Professor Ian Clarke, senior business figures could learn from the passion displayed by the likes of Klopp. 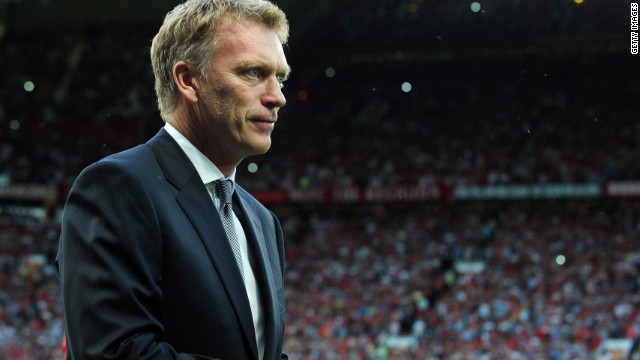 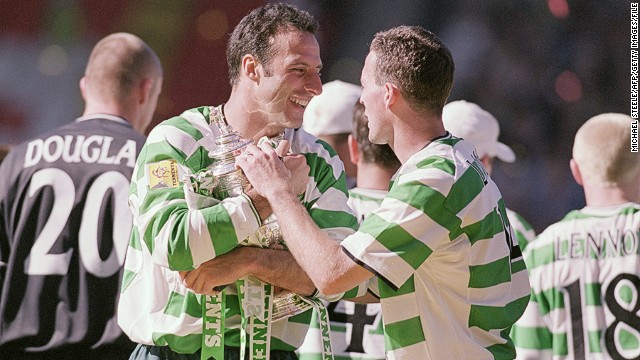 Former Celtic and Tottenham player, Ramon Vega (left), is one of the few individuals to have operated at the sharp end of both football and business. The ex-Switzerland international captain believes he learned much during his sporting career that prepared him for running his own asset management firm. 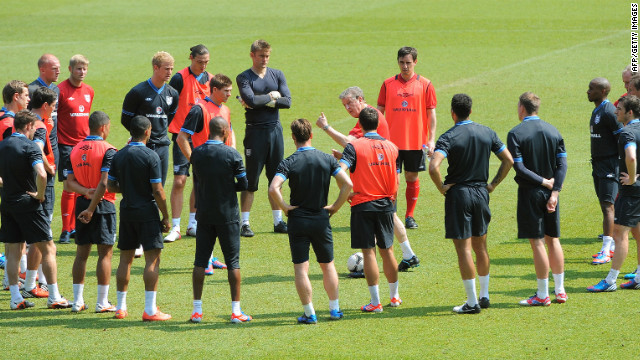 Editor's note: CNN's Route to the Top brings the latest news to give you an edge in the job market. We'll speak to industry and management experts and business school academics, providing the latest advice on how to advance your career.

(CNN) -- When researchers at Harvard Business School set out to study top-level leadership within a major organization, it would have been easy to focus on a high-flying CEO from the commercial or financial worlds.

Instead, the academics cast convention aside and approached a football manager with an avowed commitment to socialism -- Sir Alex Ferguson.

The former Manchester United manager is one of the most successful coaches of all time, winning a veritable treasure trove of trophies and championships in a managerial career that stretched across five decades.

All very impressive, but what could Ferguson possibly know about business leadership that would be of use to an in-depth study on the subject?

People think football is about buying and selling players and picking the team but actually that is just a relatively small part of it
Mike Carson, management consultant

Quite a lot according to management consultant and author, Mike Carson, who has spent the past year interviewing top-level soccer managers, including Ferguson, for his book, "The Manager: Inside The Minds of Football's Leaders".

"People think football is about buying and selling players and picking the team, but actually that is just a relatively small part of it," Carson explained. "It's also about how do I lead myself? How do I lead my team? And how do I lead others?"

Like the researchers who studied Ferguson at close quarters and invited him to speak at Harvard last year, Carson draws parallels between the best CEOs and football managers in how they strive to introduce long term structures and values to foster a culture of success.

He also points out the similarities in managing top talent, developing an effective one-to-one leadership style as well as taking into account the needs of different interests groups within an organization.

This final quality is something the best soccer managers do particularly well, Carson noted.

See also: The 10 worst bosses from TV and film

"Football management is not unlike being a senior executive where you have to balance the needs of multiple parties: investors, shareholders, committees, customers, clients, consumers and stakeholders in general."

(One of the main) things business leaders can learn from leaders in sport is passion
Ian Clarke, Edinburgh University

"No-one gets it right all the time; and for the managers of the big clubs and national teams, the stakes are very high indeed. The likes of José Mourinho, Arsène Wenger and recently Sir Alex Ferguson are under constant press and media scrutiny, and have frequent high-profile and high-impact dealings with press, club owners, agents and top talent, high-priced players," he added.

Yet despite these broad similarities, the day-to-day methods used to nurture relationships in sport and business will in most cases be vastly different.

Jose Mourinho's often barbed public attitude towards officialdom and competitors, for example, would unlikely meet the level of decorum expected of a public facing CEO or executive.

Sir Alex Ferguson's infamous hairdryer treatment (where he stands inches away from a players face and screams at the top of his voice) or the temperamental touchline persona of Borussia Dortmund head-coach, Jurgen Klopp, meanwhile hardly seem suited to the more refined sensibilities of the business world.

According to Professor Ian Clarke, dean of Edinburgh University's business school, however, these emotional techniques still display leadership attributes that businesspeople can adapt for their own purposes.

"[One of the main] things those in business can learn from leaders in sport is passion," Clarke explained. "Many top sports coaches have this, but so few business leaders display it openly in their organizations or externally."

People skills in any form of management is about 80% to 90% the most important part of the job
Ramon Vega, VSAM

In this regard, Clarke says there is "a huge amount that businesspeople can take from those in sport. I don't think enough of that goes on as it is."

Perhaps one of the main reasons for this lack of learning across football and business is the fact that so few have operated at the sharp end of both disciplines.

One man who has is former Tottenham, Celtic and Cagliari defender, Ramon Vega.

The former Swiss international founded his own asset management firm, Vega Swiss Asset Management, in 2009 after hanging up boots several years previously. His organization now looks after $1 billion of clients' funds under advisory management, according to a 2012 profile in the Times of London.

Although never a football manager himself, Vega spent more than 15 years studying at the feet of inspirational coaches such as Martin O'Neil, Christian Gross and Roy Hodgson which he said prepared him for the rigors of leading a successful company.

"There are similarities between the two (football and business) as you always have pressure to perform," he said. "On the football side this is something that you can really bring over into the business world as you are trained from a very young age to cope with major pressure."

See also: Is investing in a college degree worth it?

Like Carson and Clarke before him, however, Vega highlights the ability to deal with people on an individual level as the major similarity between leadership roles in the two fields. He believes those in business can glean much from football if they were to analyze the methods and behavior of leading coaches.

"People skills in any form of management are about 80% to 90% the most important part of the job," Vega said.

"Of course you also have to have knowledge and know-how of a specific industry as well, but if you have these skills and effective communication then people will do the job for you very well.

"If managers take the time to think about it and see the positions of people then they can only learn a lot from the sports world," he added.