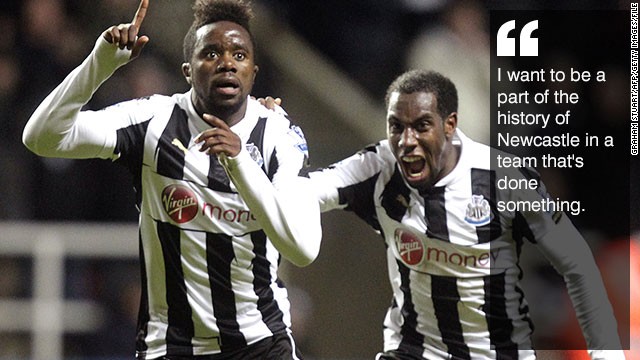 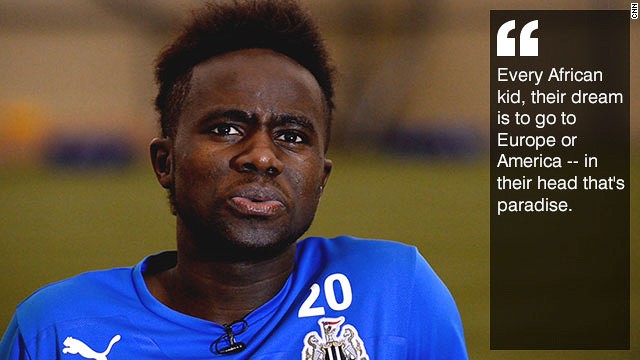 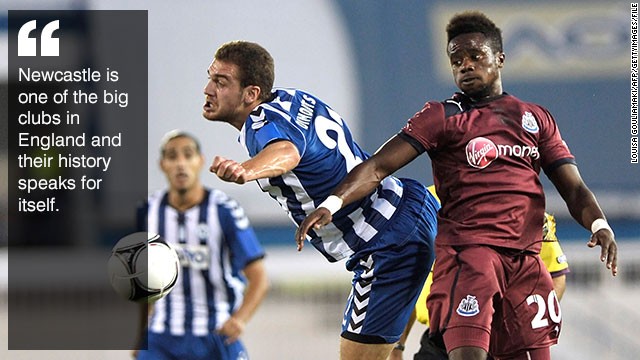 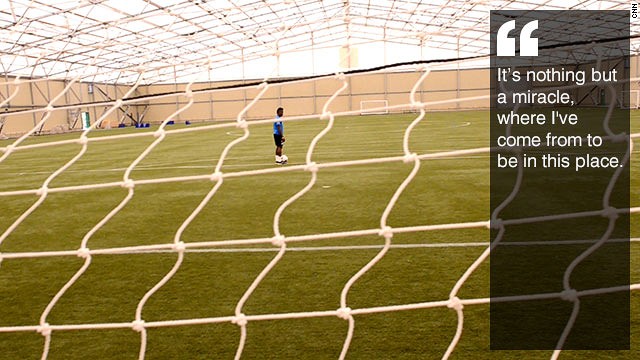 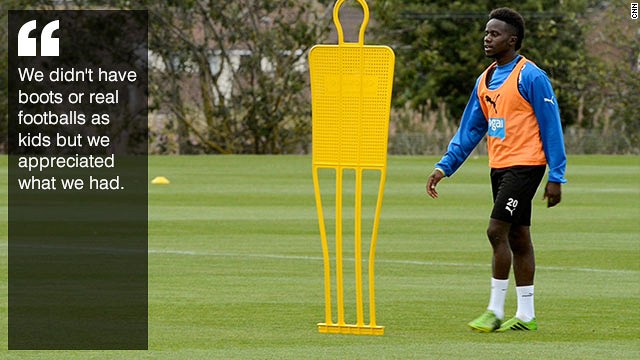 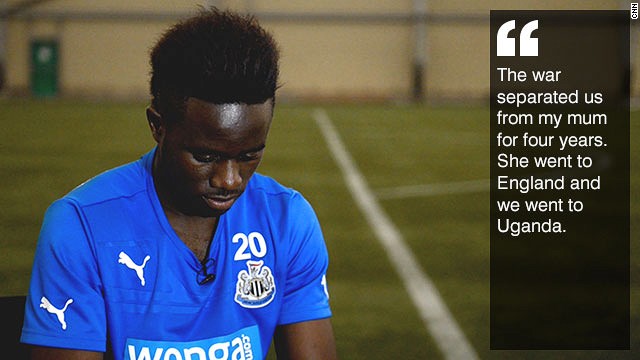 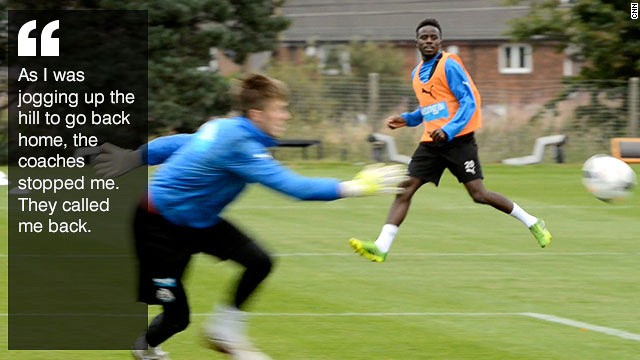 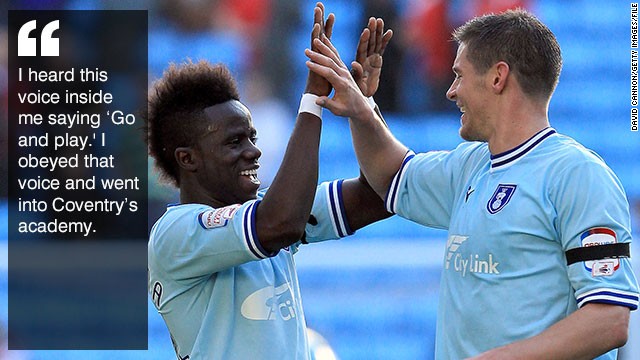 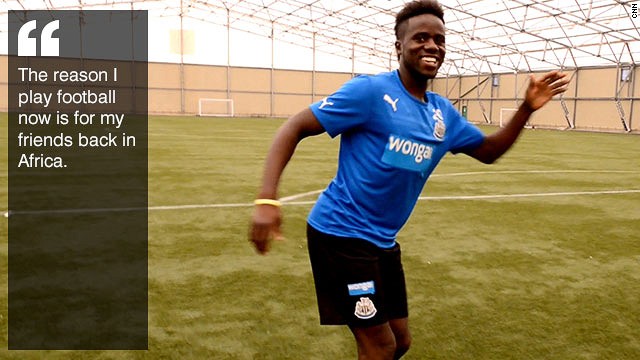 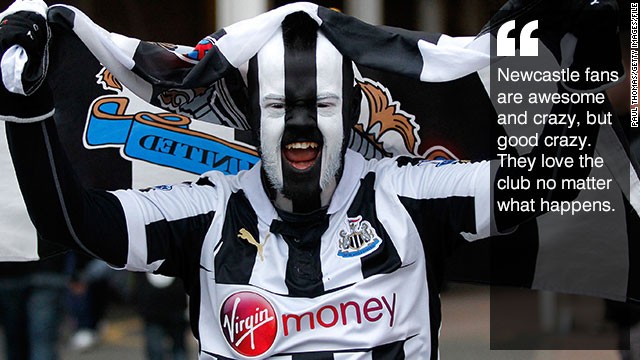 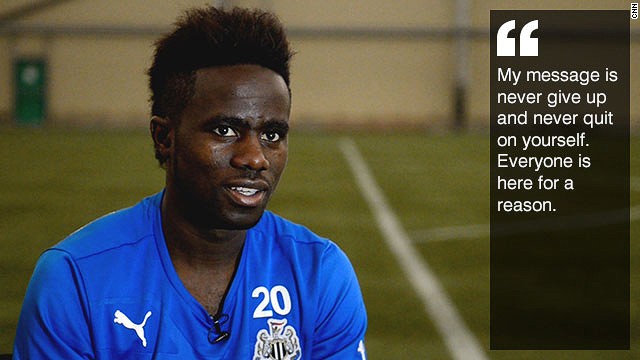 (CNN) -- A "miracle" journey has propelled Gael Bigirimana from war-torn Burundi to soccer stardom in the English Premier League with Newcastle United.

Separated from his mother as he fled to Uganda as a child, they were reunited later in the UK.

And his big break may never have happened had she not sent him on a fateful trip to the shops to buy a pint of milk.

His errand took him right past the training academy at third division club Coventry City, when he felt compelled to knock on the door and ask for a trial.

"I heard this small voice inside of me saying 'Go and play' and I thought, 'Okay.' I obeyed that voice," Bigirimana told CNN's Human to Hero series.

The precocious boy, then aged 10, tapped youth coach Ray Gooding on the shoulder and asked if he could play.

It was a meeting that would change Bigirimana's life forever.

Gooding promised the kid -- who used to run to school to save paying the modest bus fare -- that he'd pop along next time he played in a match.

Overjoyed, Bigirimana scurried home to tell his family -- but he didn't get far.

"I was really excited, then I started jogging, not even sprinting, just jogging with happiness," he explains.

"As I was jogging up the hill to go back home, they stopped me. They called me back and said 'Do you have your own equipment? Boots and stuff?' I didn't but I said yes and then they said, 'Come back tomorrow and start training.'

"They said they saw me running fast, like an athlete. That's where I believe God showed them something, like a glimpse of the future -- how I was going to turn out to be.

"God's favor has just been amazing -- going there, signing, playing for two years, I got moved up to the age above and everybody started becoming like a family at Coventry. Until now my life has just been extraordinary, a blessing."

When Gooding moved to join the academy at Newcastle United in the northeast of England, his new employers asked if there were any bright prospects at Coventry that might interest them.

Although it would take four years to get his man, Bigirimana eventually signed with the club -- renowned for stars such as Alan Shearer and Paul Gascoigne -- for £1 million ($1.6 million) in July 2012.

Now 19, he harbors the hopes and dreams of some of most passionate supporters in the country -- known as the Toon Army -- and is watched by billions of football-mad fans across the globe.

In his first season at the club he featured against Premier League champions Manchester United, Arsenal, Manchester City and played in Newcastle's Europa League quarterfinal with Portuguese giants Benfica.

He has also represented his adopted country at under-20 level.

"It's nothing but a miracle, where I've come from to be in this place," he said. "If somebody told me two years ago or five years ago that I'd be here, I'd say 'You're crazy.'

Gold medalist: Losing is not an option

"I believe that this is just a glimpse of what's going to happen in my life because there's more to come -- it's exciting.

"Newcastle as everyone knows is one of the big clubs in England and their history speaks for itself. The fans are just awesome and crazy, but good crazy. It's a nice place to be -- they're really supportive and love the club no matter what happens.

"It's a blessing to play for this club and I've heard people say how we used to be in the days of Peter Beardsley and Alan Shearer, that the stadium was electric. I want to experience that feeling. I want to be a part of the history of Newcastle in a team that's done something."

The pristine turf at St. James' Park is a world away from the dusty streets of Burundi where Bigirimana first cut his footballing teeth.

Sharing the family home with his three siblings and extended family in the capital Bujumbura, when Bigirimana wasn't playing football he was watching it -- Spanish club Real Madrid catching his eye.

"It's tough sometimes but as far as I can remember it was good times for me," he says of his childhood.

"We didn't have boots or real footballs but we appreciated what we had. There was a good spirit, we didn't have a lot but we lived a good life to the maximum."

But with the specter of civil war growing, Bigirimana's family was about to be displaced as the relationship between the country's Hutu and Tutsi tribes fractured violently.

The aftermath of the first multiparty elections since Burundi gained independence from Belgium in 1962 unleashed a wave of recriminations and uprooted thousands of people, with a civil war that lasted from 1993-2005.

"The war was the reason we moved to Uganda, so we kind of divided," Bigirimana explained.

"As a child (it was tough) but it worked out really well. It was tough but I just put my trust in God that He knows what He's doing and I will see my mum any time, any day."

The contrast between downtown Kampale in Uganda and a manufacturing city in the heart of England could not have been greater, but Bigirimana took it in his stride.

"I came to England and I don't know how to explain it, it was just cool," he said. "Every African kid, their dream is to come to Europe or America -- in their head that's paradise.

"The reason I play football now is for my friends back in Africa and for all of the kids who were in my position when I was in Africa or who never thought I'd play in the Premier League. Yes I do miss them but I know that one day I will see them."

So what advice would the teenager offer to any youngster back in Burundi who dreams of becoming the next Gael Bigirimana?

"Never give up and never quit on yourself," he said. "I believe everyone is here for a reason, even though sometimes we might not see it, but everyone here has got a plan to play, has got a place to play in this life.

"I always say to people, if they know a jigsaw game, every piece is important and every person in the world is just like a piece of jigsaw, we all have a place to be to feel free in our lives. You're special and you're here for a reason."