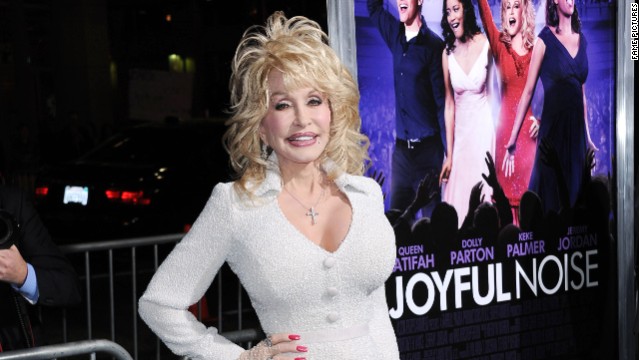 Dolly Parton was in the front passenger seat when her SUV was hit, police say.
STORY HIGHLIGHTS

(CNN) -- Dolly Parton suffered minor injuries in a traffic crash at a Nashville intersection on Monday, according to the singer and police.

I was in a fender bender this morning here in Nashville, but I am all good... Just a little tired and sore. Resting at home now!

"I was in a fender bender this morning, here in Nashville," Parton, 67, said in a Twitter posting. "But I am all good. Just a little tired and sore, resting at home."

A Nashville police statement blamed the driver of another vehicle with failing to yield to the SUV in which Parton was riding as a front-seat passenger.

Parton and the driver of her Nissan Xterra, 68-year-old Judy Ogle, were taken to Vanderbilt University Medical Center for treatment of minor injuries, the police report said.

Parton and Ogle have been close friends since elementary school, according to previous interviews.

Diane Lish, 64, of Old Hickory, Tennessee, was taken to another hospital for treatment. Lish was behind the wheel of the Mitsubishi Diamante that crashed into Parton's vehicle, police said.

None of the injuries appeared serious, police said.