Part of complete coverage on
CNN Celebrates
SHARE THIS 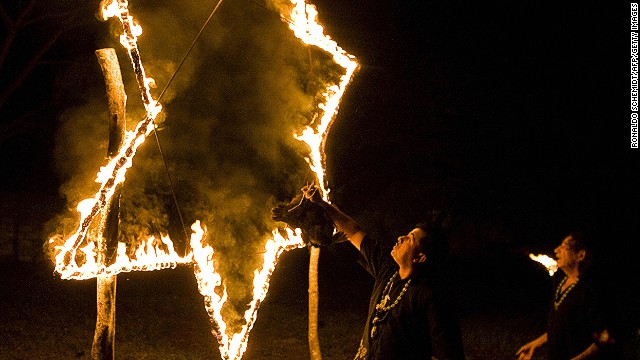 Catemaco, Mexico hosts the annual International Congress of Witches, where thousands bus in from all over Mexico to enlist local sorcerers to cast a spell or read a fortune. 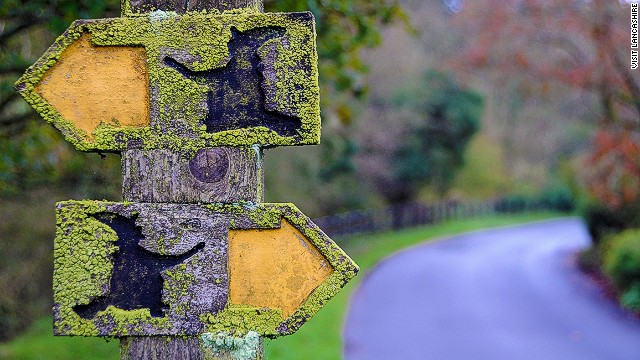 In 1612, ten individuals were tried and found guilty of witchcraft in Lancashire, England. The group, known as the Pendle Witches, were mainly guilty of creating home remedies from local plants, or living outside the norms of the Protestant church. Today, visitors can glean some local history on the Pendle Witch walking trail. 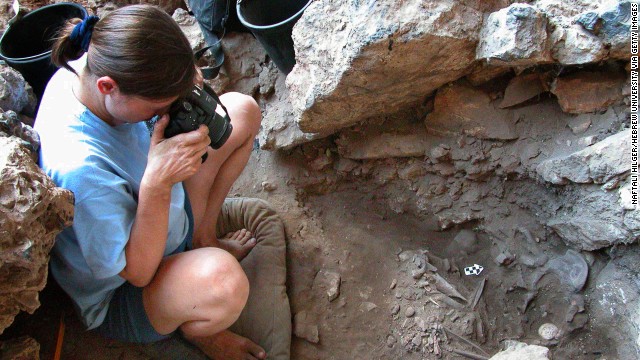 In 2008, archeologists from the Hebrew University of Jerusalem discovered a 12,000 year old grave of a witch, or female shaman, in northern Israel. She was buried with fifty tortoises, a human foot, a leopard pelvis, the wing tip of an eagle, a cow's tail, and other possible talismans. 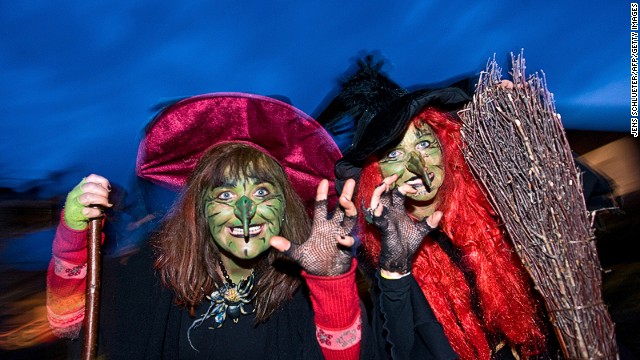 The Blocksberg (or Brocken) mountain has long been thought of as a gathering place for witches, especially on Walpurgis Night (April 30). Locals used to try to ward them off by hanging crucifixes and herbs on their door. Today, The Brocken fills up with revelers in witch costumes every Walpurgis. 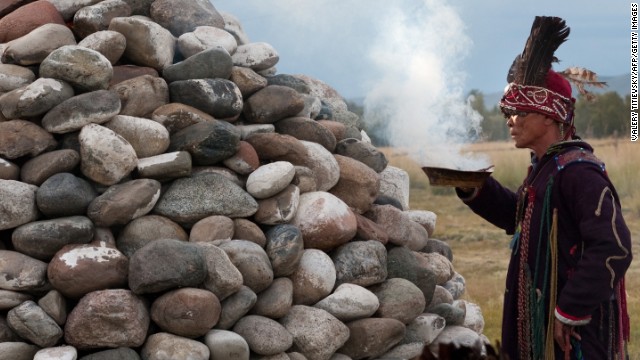 Shamanism has a strong tradition in Tuva, a republic in Eastern Siberia. Though many shaman were executed when Tuva was enfolded into the Soviet Union, the tradition is once again finding its legs. Visitors eager for a purification or reading can visit the Shaman Center, in the capital of Kyzyl. 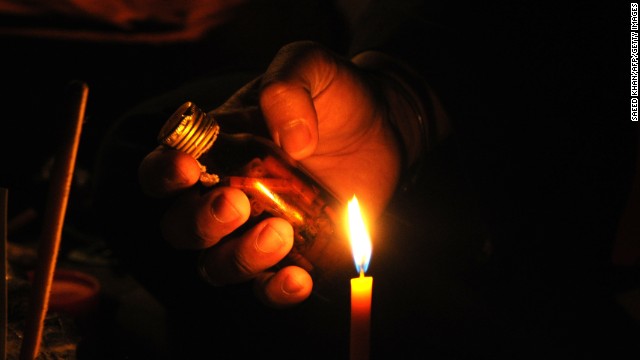 As in many parts of Asia, a belief in the supernatural is widespread in Malaysia, but the practice has a different twist in the Muslim-majority country, where meddling with the occult is banned under Islam. Malay Bomohs (or witch doctors) inject Koran reading into their practice to exorcise jinns, or spirits. 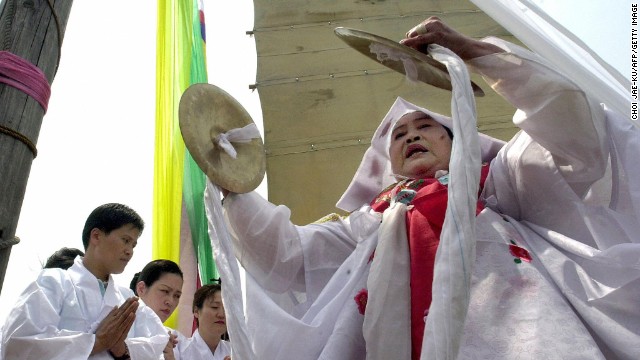 Shamans are a traditional sight around the Han River in South Korea, where the rite is believed to be passed through the blood line. Every year, a shaman will perform a blessing ceremony on the embankment to bestow good luck on an old cargo ship. 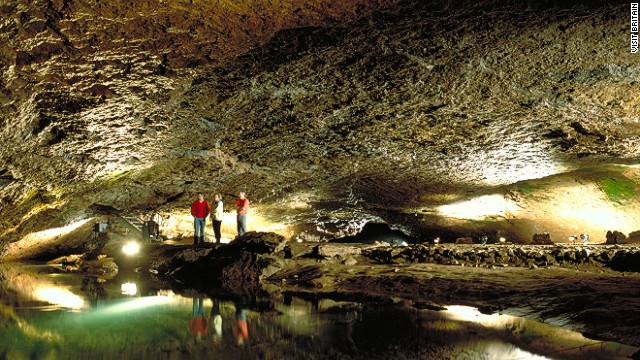 The TV show 'Most Haunted' visited the Wookey Caves in Somerset in 2009. The legend of the Wookey witch is based partly on a witch-shaped stalagmite, and partly on a 1,000-year-old female skeleton found in the cave. 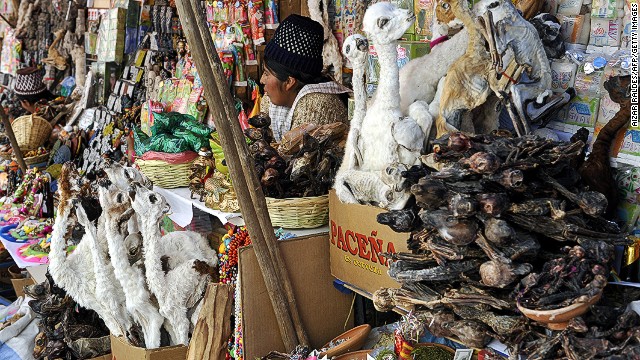 The Witch Market makes for a large tourist draw in La Paz, Bolivia, where local witches carry medicinal herbs and spell-making ingredients. Dried llama fetuses and toads are some of the items available for sale. 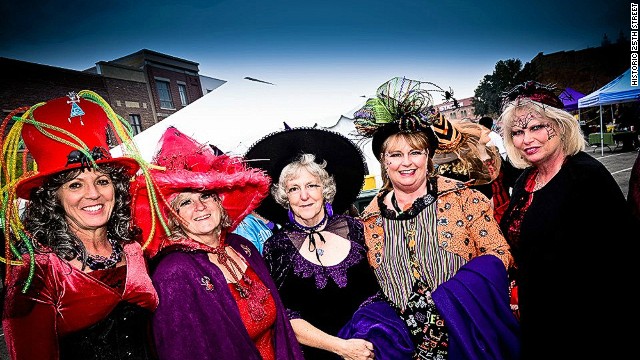 (CNN) -- Of the many ghouls that we associate with Halloween, few reign as supremely in our imaginings as witches. Though these days, our fascination with witchcraft takes on a more benign form (nothing a Netflix all-night Buffy-fest can't cure), there once was a time when the mere mention of sorcery led entire towns to burn, drown, crush and flay those individuals believed in possession of magical powers.

Though it may seem witches have since been relegated to the history books and costume shops, there are still many places in the world that treat magic as serious business, no matter the time of year. Want a truly spellbinding experience? Check out our guide to the world's witchiest hotspots. Trust us, their worth a pilgrimage.

Show us your most terrifying Halloween outfits

The Salem witch trials that ended in 1693 have become firmly embedded in the public imagination. Most notably, the trials were the basis for Arthur Miller's McCarthyism parable, "The Crucible", though since they've made the backdrop of fantasy staples, from "Dr. Who" to "The Vampire Diaries."

The trials, which led to the execution of 20 "witches," started after two girls were afflicted with a strange illness that 17th-century doctors could not diagnose. Over 150 individuals were ultimately accused, with several dying while languishing in jail cells. 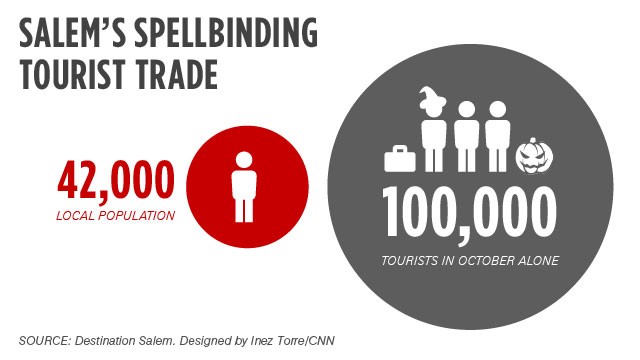 Today, Salem's witchlore has resulted in a booming tourist trade. Over 100,000 visitors pour into town during the month-long Haunted Happenings festival, which takes place every October.

The town also boasts a strong Wiccan community, with many setting up spell shops and psychic stalls where visitors can get their palms read. While witch costumes are encouraged, green face paint is not smiled upon.

"The witch community is not a fan of green-faced witches. It's a stereotype they're trying to get away from," Fox explains.

Before the Salem trials, there were the Pendle witches. The 1612 trials, in which ten people were found guilty and hanged, were among the most notorious in English history.

Religious fervor played a strong role, as the Protestant King James I was eager to rout out both witches and Catholics -- often associated as one and the same. The impoverished didn't fare much better.

The witch community is not a fan of green-faced witches.
Kate Fox, Destination Salem

Last year marked the 400th anniversary of the trials, which the town commemorated by instituting the Pendle Sculpture Trail -- a signposted walk that has ten plaques -- one for each victim -- posted on trees throughout the woodland area. The trails are dotted with landmarks from the trials, and culminate at Lancaster Castle, the former prison where he accused were tried.

Fans of Faust might recognize the Brocken as the traditional meeting place of witches, who apparently gather yearly April 30 for Walpurgisnacht. The Brocken is the highest peak of the Harz mountain range in North Germany, and was once believe to be the destination for many a goat-riding witch or warlock (brooms came into the equation later).

Though locals once hung crosses and herbs on their doors to ward off the supposedly evil-doers, these days celebrants emulate the witches. Thousands channel their inner Hermione and gather on the mountain top clad in black hats and makeup.

In a mountain clearing known as Cerro Cumbre sits the type of market that doesn't carry your usual tourist fodder (unless you're in the market for a dried llama fetus). The Witches Market, or Mercado de las Brujas is made up of shops that carry everything from medicinal herbs, to heftier spell-making ingredients. For many of the brujas, or witches, magic is a family business, and several store owners sell concoctions that have been passed down through the generations.

Though the market used to be the exclusive purview of Bolivians, these days, tourists make up the bulk of its economy.

Every year, on the first Friday of March, the town of Catemaco hosts the International Congress of Witches. Thousands of believers bus in from all over Mexico to enlist local sorcerers to cast a spell or read a fortune (for a fee). Though witchcraft has a centuries-old history in Mexico -- a mix of pre-Hispanic and Catholic rituals -- the Congress only dates back to the '70s.

In recent years, the event has become a tourist attraction, and these days local music acts are as much a part of it as the palm readings and curse removals.

Part of complete coverage on
CNN Celebrates
How the world marks a bumper harvest
updated 6:42 AM EST, Mon December 2, 2013

No matter the time of year, or place, a bounty of vegetables is often all it takes to get people singing, dancing, cow racing -- even parading around giant phalluses.
Dazzling Diwali lights
updated 2:06 PM EDT, Fri November 1, 2013

Fireworks boom, bulbs flash, and flames flicker as tens of millions of people across the globe celebrate the beginning of the Festival of Lights.
Disfigured freaks and bloody babies?
updated 7:53 AM EDT, Thu October 31, 2013

Our list of doomed sites include a haunted school, political prisons and an abandoned hospital. No...we wouldn't go in there either!
Hollywood Halloween
updated 6:46 AM EDT, Thu October 31, 2013

There are still many places in the world that treat magic as serious business. Check out our guide to the world's witchiest hotspots.
NYC gets its nerd on at Comic Con
updated 10:07 AM EDT, Mon October 14, 2013

The best photos of the eighth and annual gathering of geeks in the city that never sleeps. The sold out event allowed fans to mingle with stars.
Awe-inspiring animal migrations
updated 9:44 AM EDT, Wed October 9, 2013

When animals come together en masse, very often so do humans. Here's our guide to the animal migrations that bring people out in flocks.
9 rules for surviving Oktoberfest
updated 2:26 AM EDT, Fri September 20, 2013

Surviving the all-day drinking sessions of highly potent wheat beer at the (in)famous Oktoberfest in Munich is marathon, not a sprint.
Parties, piñatas and penguins?!
updated 1:42 PM EDT, Fri September 13, 2013

For one weekend in September more than 155 million people in six neighboring countries across Central America pull out all the stops to honor the birth of their nations.
The world's wackiest hobbies
updated 8:23 AM EDT, Wed August 28, 2013

Some hobbies take genuine talent, others just don't, but the real skill is turning your weird past-time into an international event.
How the world celebrates Eid
updated 1:59 PM EDT, Fri August 9, 2013

For Muslims, Eid al-Fitr is one of the most festive periods in the religion's calendar. We asked you to send us your best Eid photos, here are your best shots.
Breaking fast with chef's delights
updated 6:46 AM EDT, Thu August 8, 2013

Humans have a strange relationship with food. This seems to be a global truth that is perhaps best evidenced by the array of unusual food festivals the world over.
The world's messiest festivals
updated 6:42 AM EDT, Tue July 2, 2013

There is something innately messy about summer. That must be why some of the world's filthiest festivals bide their time until the warmer months.
The world's best fireworks displays
updated 5:14 AM EDT, Fri August 9, 2013

From Bastille Day and 4th July to Chinese New Year and Disney Land, your shots of the world's greatest fireworks.
Your summer solstice celebrations
updated 9:49 AM EDT, Mon June 23, 2014

We asked you to send us your best solstice photos. From skinny dipping, fire jumping and dancing like a rocket -- here are your best shots.
Summer solstice: It's all about sex
updated 5:53 AM EDT, Mon June 17, 2013

Linked to fertility -- both of the vegetal and human variety -- the solstice has spawned celebrations meant to fan the flames of love and lust.
Quiz: Arch Druid or midsummer moron?
updated 6:43 AM EDT, Thu June 13, 2013

Why did the midsummer maypole cause offense and who celebrates midsummer by running naked through the streets?
Your best moments of 2012
updated 1:07 PM EST, Thu December 20, 2012

For some it was an exhilarating holiday to an exotic place, finding new love or conquering their greatest fear. For others, it was witnessing an historic event.
How to host a perfect New Year party
updated 10:39 AM EST, Mon December 17, 2012

The champagne is on ice, the fireworks are exploding overhead -- but isn't your New Year's Eve party a bit, well, last year?
Where to welcome the New Year
updated 10:54 PM EST, Thu December 13, 2012

For many people, New Year's Eve can be disappointing -- there's so much hype in the lead-up to the event, it often falls short of the mark.
Most Christmassy places on the planet
updated 8:45 PM EST, Tue December 11, 2012

If your Christmas is too often one of tacky decorations, over-cooked turkey and bitter family feuds, now may be the time to plan yourself a Yuletide getaway.
Your Christmas traditions
updated 5:36 AM EST, Mon December 24, 2012

Christmas is synonymous with decorations, markets and extravagant quantities of food. But traditions differ greatly depending on where you are in the world.
Europe's best Christmas markets
updated 10:22 AM EST, Sun December 23, 2012

For something intended to bring pleasure to loved ones, Christmas shopping in the Internet age can be a peculiarly joyless and atomized activity.
The pleasure of Hanukkah food
updated 3:31 PM EST, Fri December 7, 2012

For some, Hanukkah is "the potato pancake holiday" -- a holiday that takes the mundane potato and gives it a massive makeover.
A quirky Christmas quiz

How much do you know about Christmas traditions around the world? Find out with our quiz.
India hosts first arts biennale
updated 8:07 AM EST, Tue November 26, 2013

The port-city of Kochi, on India's west coast, isn't known for its arts scene but that will change as it's first arts bienale.