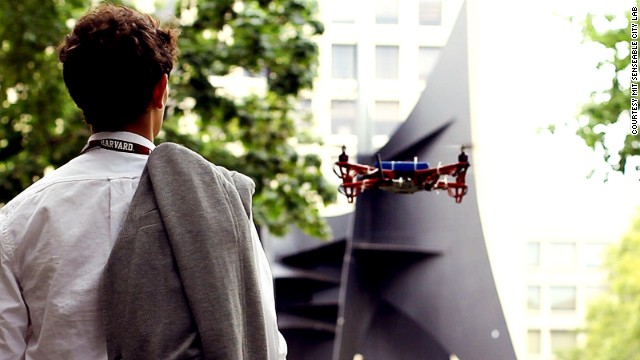 Meet SkyCall, a flying robot that guides you to your destination. Find out how it works... 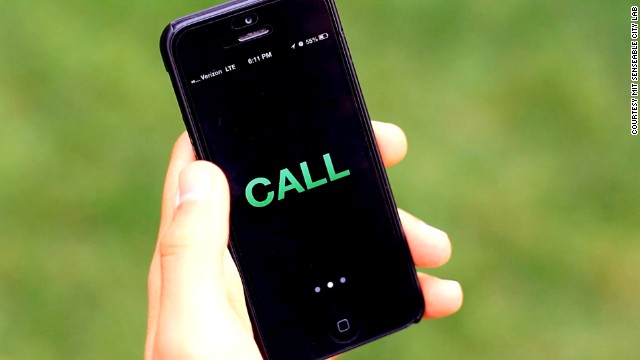 After downloading the SkyCall app to your smartphone, contact the drone, which has been designed by scientists at the Massachusetts Institute of Technology. 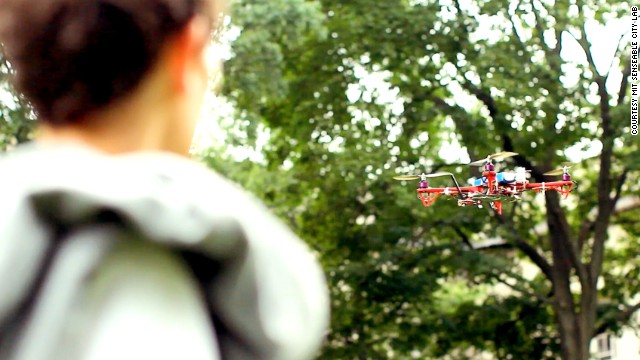 The flying robot uses your phone's GPS location to find you. It also features it's own in-built GPS to find destinations. 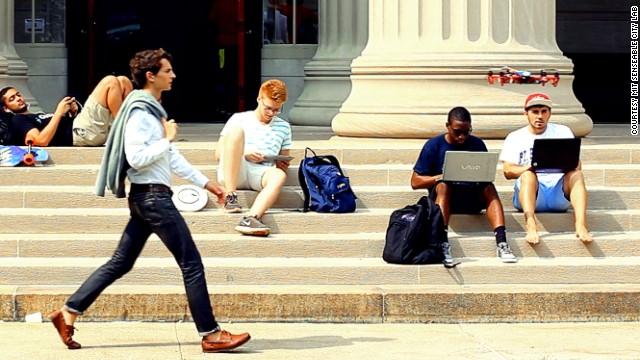 Type in your room number, and SkyCall will guide you there, pointing out landmarks along the way via a small speaker. Featuring four propellers, the quadrocopter flies at 6 kilometers per hour and will wait for you, should you fall behind. 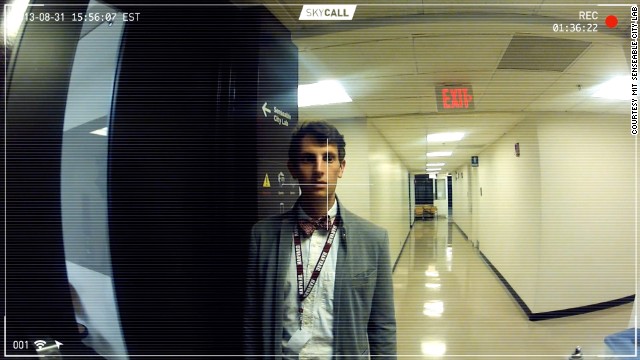 Featuring a small in-built camera, it is hoped that one day SkyCall could be used for everything from a tourist guide to a search-and-rescue robot. The footage could be relayed to rescue teams, or link up to your phone to provide a bird's eye view of the journey. 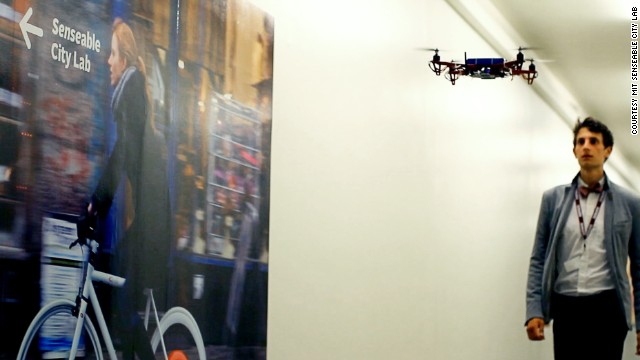 SkyCall delivers you straight to the door. The high-tech robot is the brainchild of researchers at MIT's Senseable City Lab, who are developing ways drones could be used in everyday life.
HIDE CAPTION
Lost? SkyCall to the rescue
Step 1: Call
Step 2: GPS navigation
Step 3: Walk and talk
Step 4: Futuristic footage
Step 5: Safe and sound
<<
<

What if the campus is a labyrinth of unfamiliar buildings stretching over a whopping 168 acres? Suddenly, finding that room feels a bit like locating a particular grain of sand at the beach.

Never fear, SkyCall is here -- a flying robot that guides you to your destination, pointing out important landmarks along the way.

It might seem like a scene from a sci-fi film, but at the Massachusetts Institute of Technology (MIT), these high-tech drones are helping students navigate the maze-like site -- and could soon be escorting the rest of us around difficult environments too.

"MIT campus is quite complex, it has a lot of buildings, and sometimes people do get lost," said Carlo Ratti, director of the institute's Senseable City Lab, which created the futuristic device.

"We had a lot of new students on campus, and saw this as a good opportunity to test it," he added. "It's a mere step towards using SkyCall in more complex situations, such as search-and-rescue missions."

GimBall: Fying robot to the rescue

Only a SkyCall away

So how does this floating tour guide work? After downloading the SkyCall app to their smartphones, visitors call the robot, which tracks their GPS location and flies to the rescue.

They then type the room number into their mobiles, and SkyCall guides them there -- pointing out landmarks using a small speaker.

Cruising at a leisurely 6 kilometers per hour (3.7 mph), the quadropcopter -- featuring four propellers -- has enough battery power to last 15 minutes.

In-built sonar sensors ensure SkyCall doesn't crash into obstacles. And should the visitor fall behind at any point, the clever copter will wait for them to catch up -- much like a real-life tour guide.

"People were having a lot of fun with it -- it's kind of like an unusual travel companion," said Ratti.

"It can travel 1 mile (1.6 kilometers), but this could easily be a lot more if you have a bigger battery. At the moment it's more of an experimental project."

Indeed, it's hoped that in the future, SkyCall could be developed into everything from city guides for tourists, to rescue robots for survivors of disaster sites.

Featuring an in-built camera, the device could relay footage back to others -- particularly useful in rescue missions. Or it may link-up to the user's phone, giving them a bird's eye view of the journey.

People were having a lot of fun with it -- it's kind of like an unusual travel companion
Carlo Ratti, director of MIT's Senseable City Lab

The researchers at MIT's Senseable City Lab are looking at other ways drones could be used in everyday life.

"Drones have had quite bad press because of the military implications," explained Ratti. "But this project this is about helping people.

"We are trying to look at the positive side of drones -- people controlling drones, rather than the skepticism around drones controlling people."

SkyCall is part of a bigger program at Senseable City Lab, exploring how people could use new technology in urban environments.

Other projects include robotic bartenders, or devices to measure road rage while driving.

"We have many applications that will help us carry out our everyday tasks," said Ratti.

"I think in the case of SkyCall -- and drones in general -- people find it quite intriguing to have a flying companion."

Could SkyCall be our high-tech guardian angel of the future? At the very least, it could make the first day of university a lot less daunting.