(CNN) -- A decade ago, they zoomed down the futuristic highways of science fiction film Minority Report. Now, driverless cars may be coming to the roads of the real world.

Driverless cars have long been the realm of fantasy, but the boss of one of the world's largest auto makers says they could hit showrooms within the next 10 years.

Carlos Ghosn, chief executive of Renault-Nissan, told CNN's Max Foster that the company is targeting a "totally autonomous" car by 2020.

Ghosn said that a car with artificial intelligence would be "a huge advantage," allowing people to use the time saved in commuting to be more productive.

"People on average in the world spend two hours in a car per day," he said. Ghosn added that consumers will be able to use the commute to teach their children or consult with their doctor while being chauffeured around in their cars.

Read more: How saffron could save Greek farmers

The self-driving car has been a staple in Hollywood blockbusters as a symbol of an advanced society in a futuristic world.

This month Nissan took the first step towards autonomous vehicles by unveiling the latest version of its Qashqai Crossover in London. 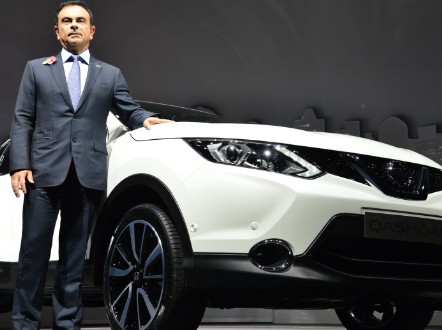 And Ghosn said some of the technology needed for a driverless car is in the new model.

In Nissan's pursuit of a driverless car, the company has outlined two key pillars; zero emissions and zero fatalities.

Headlights that dim automatically, fitted cameras to maintain distance from other vehicles and detectors to aid blind spots are just some of the features on the new Qashqai.

Nissan to produce cars in Myanmar

Nissan plans to showcase its autonomous vehicle technology at the Tokyo Motor Show when it opens to the public on November 23.

Nissan back to Datsun, but only in India

Investing for the future

Qashqai sales are a rare glimmer of growth in a European car market that is trying to recover after the 2008 financial crisis.

Read more: Is Greece finally on the mend after economic crisis?

And the CEO, who heads the longstanding partnership between French Renault and Japanese Nissan, said the "systematic decline" of the European car market is now over.

In spite of Europe's decline, the Renault Nissan Alliance, which was formed in 1999, has continued with its 4 billion euro [$5.4 billion] investment in zero emission and electric vehicles.

"Europe has been through terrible years for the last five years," he added, "it doesn't look like it will continue to drop. The bad news is that if there is growth, it's going to be very small."