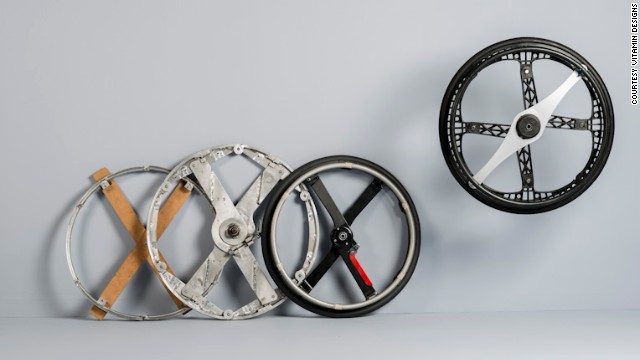 In the age of the smartphone, we expect all our possessions to be sleek, compact and mobile. It's unsurprising, then, that many of the items we love -- from cars to tablets -- have received the folding treatment. Blueprint takes a look at the foldable technology of the future, starting with the Morph folding wheel. Gallery by Matthew Ponsford 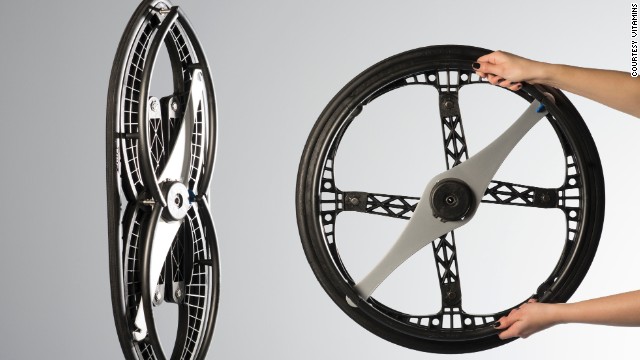 The Morph Wheel, a folding wheel for wheelchairs, has claimed the Design Museum London's Design of the Year 2013 in the transport category. 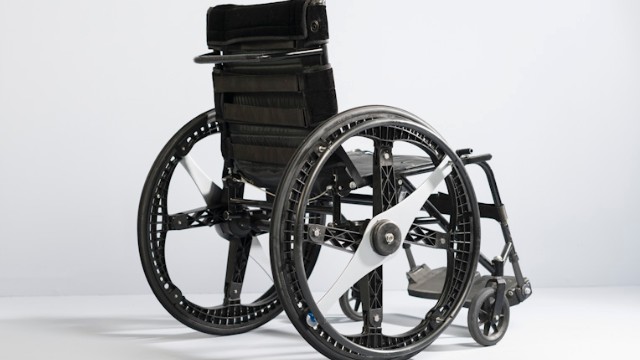 The wheel -- developed by British construction collective Vitamins -- folds in such a way that it can easily be stored in the overhead locker of an airplane or in the trunk of a small car. 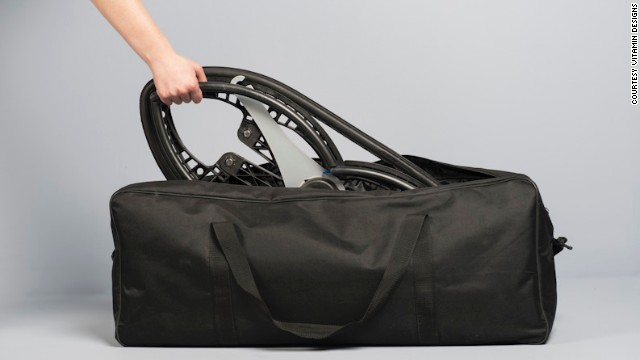 "When people say 'is this reinventing the wheel?' that's a phrase that everyone knows," says Morph designer Duncan Fitzsimmons, "but it's really redesigning the wheel to make it just a little bit better." 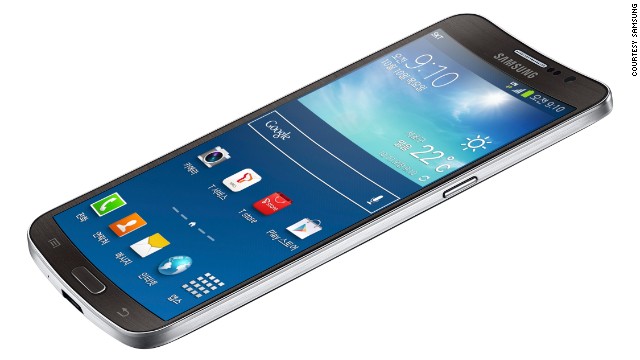 Samsung already has a curved screen device on the market -- in the Galaxy Round (pictured) -- but on November 6, the Korean mobile producer revealed its prototype folding screens to a small group of investors. An attendee described a smartphone-size screen folding in half, and a tablet-sized device folding to the size of a wallet, according to the Wall Street Journal. 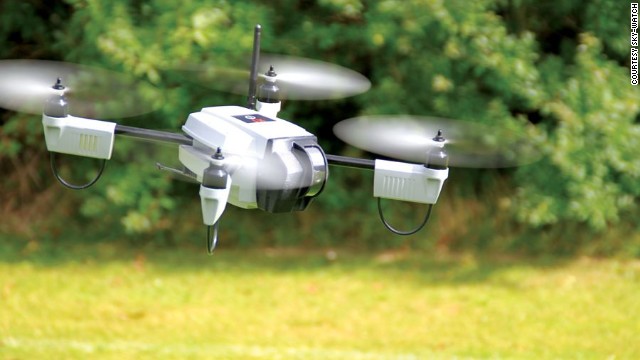 Last year, Danish firm Sky-Watch showed off the Huginn X1: a 50cm reconnaissance drone that folds up to fit in a backpack. The U.S. military also has its own folding drone in service -- the 2kg Switchblade drone -- which can be used by soldiers in the field to scout out and attack enemy positions. 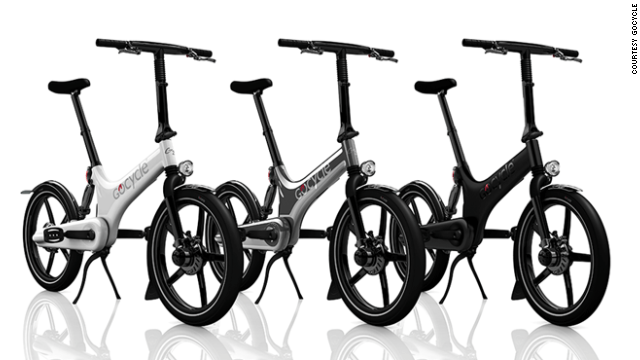 The folding bike has become a common sight in city centers the world over, and electric bikes are increasingly in demand, too. Gocycle has managed to combine the two, creating the G2, an electrically assisted bicycle that can power you over a range of up to 40 miles and fold into a compact block.

We've all folded a paper plane and watched with pride as it soars through the air. But what if the plane was a fully functioning full-sized aircraft? Well, the Icon A5 is exactly that. With folding wings, the airplane is compact enough to be stored in a garage and towed along the freeway. The plane in due to enter production next year. 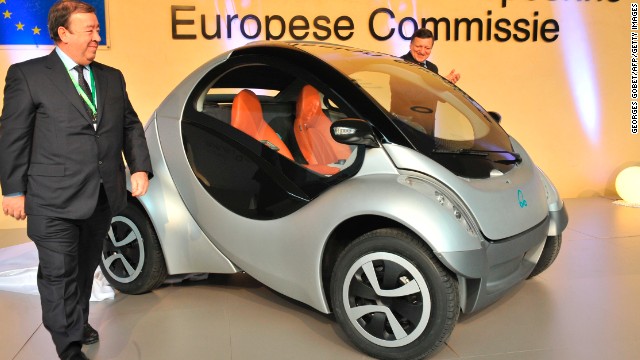 Hiriko, the folding car, started life as the MIT CityCar concept, designed to help reduce parking problems in urban environments. It looks like it's going places, with German Railway network Deutsche Bahn signed up to pilot test the electric mini-vehicle. The Hiriko contracts, bringing its back wheels closer to the front to make parking easier. 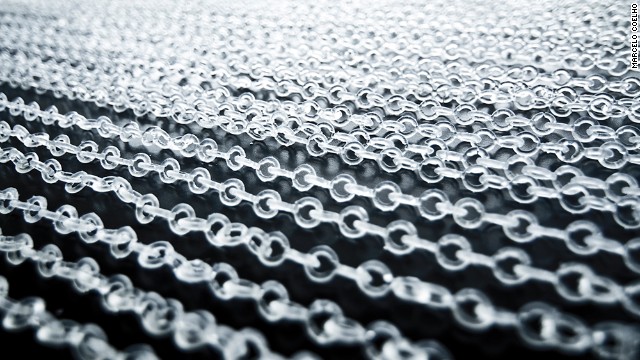 (CNN) -- According to popular wisdom, attempting to reinvent the wheel is the ultimate in design folly. But this didn't stop object designer Duncan Fitzsimmons from giving it a go.

When he sat down at his desk to begin work on the Morph Wheel, Fitzsimmons took on the design challenge -- and the results might just turn out to be revolutionary. In both senses of the word.

The Morph is a detachable wheelchair wheel that can compress to around half of its original width. It is designed to provide greater flexibility and mobility to the estimated 65 million people around the world who need a wheelchair.

The folding wheel was originally created as a folding bicycle wheel by Fitzsimmons when he was a graduate student at the Royal College of Arts in London. But calls from the wheelchair community suggested to him that the design would possibly be more useful to wheelchair users.

Read: The origami kayak and 9 other great folding vehicles

"When people say 'is this reinventing the wheel?', that's a phrase that everyone knows," Fitzsimmons says, "but it's really redesigning the wheel to make it just a little bit better. That's really what you're trying to do when you're designing any product."

The main advantage of the Morph, the designer says, is that it can fit into small spaces, allowing wheelchair users greater flexibility when traveling by car, train or airplane.

"This project started out by looking at the problems caused by large wheels if you're looking at folding bicycles, or the space needed for a folding wheelchair," says Fitzsimmons.

"Having a small wheel or a large wheel dictates the entire design of the wheelchair and what you can do with it. If you can fold a big wheel up into a smaller space, then suddenly for the first time you can get the best of both worlds. You can have a wheelchair that has all the advantages of having a large wheel, but can also be stored into a much smaller space."

David Constantine co-founder of Motivation, a charity that aims to help people with mobility impairments, says that in his view the Morph wheel could be useful in both developed countries and the developing world.

"I can see all kinds of uses for this," says Constantine, "certainly in the context of the US and more developed countries ... car boots, airplane lockers, any sort of small space you might want to pack a small chair into.

"Not everybody uses a chair every day, so if it has got quick-release wheels and you fold the chair up and you fold these down flat storage is easy for people who don't use a wheelchair all the time.

"In the context I work in developing countries, if it's low-cost enough, people often live in one room with the whole families, so they often want a folding wheelchair just to keep it out of the way when they're either in bed or sat on the floor cooking, and so again, something that packs down as small as this would be extremely useful."

The Morph wheel has received awards around the world, including the transport category at the London Design Museum design of the year awards 2013, and the 2013 Popular Science Best of What's New award in the Health category.

Andrew Stewart and Matthew Ponsford contributed to this article