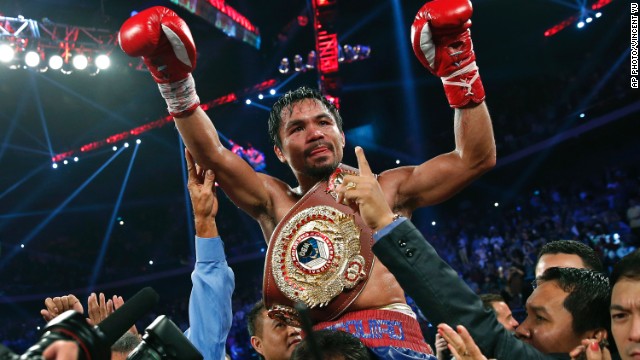 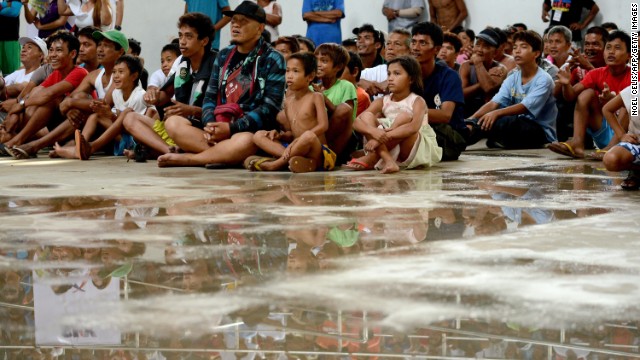 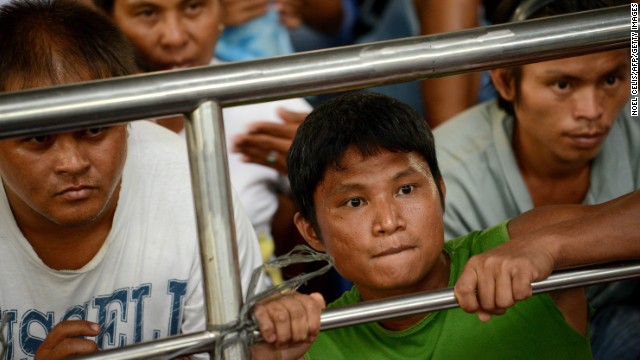 Pacquiao dedicated his comeback fight to the victims of Super Typhoon Haiyan, which devastated his homeland just two weeks ago. 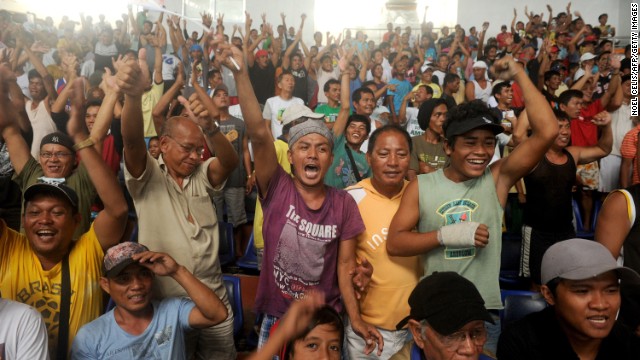 (CNN) -- The promoter for famed Filipino fighter Manny Pacquiao says he expects to swiftly resolve a dispute with the country's tax authorities that have led to the boxer's assets being frozen in his homeland.

The 34-year-old Pacquiao, who is also a second-term Philippines congressman, announced Tuesday his domestic bank accounts had been frozen, along with his wife's, over allegations he had evaded paying $50 million in taxes on highly-paid bouts in the United States.

The move has prevented the boxer from following through on a pledge to help victims of Super Typhoon Haiyan on the back of his comeback win over American Brandon Rios in Macau over the weekend.

Pacquiao dedicated his victory to those affected by the disaster, tweeting after the fight: "Yesterday's victory wasn't about my comeback but a symbol of my people's comeback from a natural disaster and a human tragedy."

The fighter told reporters in his hometown, General Santos City, that he had paid the correct taxes in the United States, and was not required to pay additional tax in the Philippines under a treaty preventing double taxation.

"I am not a criminal or a thief," he said. "The money ... is not stolen... This came from all of the punches, beatings, blood and sweat that I endured in the ring."

Yesterday's victory wasn't about my comeback but a symbol of my people's comeback from a natural disaster and a human tragedy. God Bless

Pacquiao's promoter, Bob Arum of Las Vegas-based Top Rank, said in a statement that Pacquiao had paid the necessary taxes to the United States government from the period under scrutiny, which included Pacquiao's boxing heyday from 2008-9. "Filipino authorities confirmed that Manny is not required to pay double tax," he said.

He said Top Rank had paid monies owed from Pacquiao's earnings -- 30% of fight purses -- to the U.S. Internal Revenue Service (IRS) via electronic funds transfer (EFT), and had submitted copies of deposit acknowledgments to the Philippines Bureau of Internal Revenue (BIR) as proof of payment.

But the tax authorities had rejected the documents as proof.

"The BIR received the documents but directed Manny to obtain 'certified' documents directly from the IRS itself," he said.

"As I am sure people appreciate, obtaining certified copies of documents from the IRS takes time. Manny made the formal request to the IRS and we have every expectation that the necessary documents will be furnished to the BIR very soon."

Pacquiao's unanimous points victory over Rios was seen as reviving his career following a knock-out loss to Mexico's Juan Manuel Marquez in December 2012. The win in Macau raised spirits in the Philippines, where thousands of fans in the city of Tacloban, one of the hardest struck cities, gathered to watch the fight in public spaces.