Zahir Belounis: 'Stranded' footballer back in Paris after Qatar nightmare 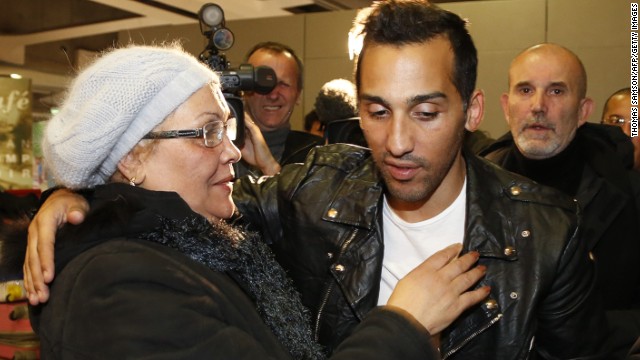 Football player Zahir Belounis (right) is welcomed by his mother as he arrives from Qatar at Paris' Roissy-Charles-de-Gaulle airport on November 28, 2013. 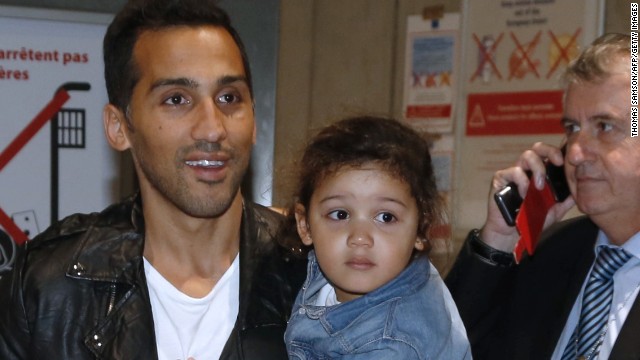 The 33-year-old, here holding one of his two young daughters, had not been able to leave Qatar after he filed a complaint against his club Al-Jaish over a payment dispute. 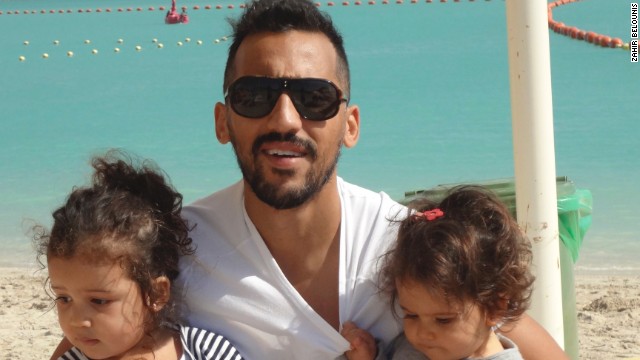 Belounis had a two-year fight to secure an exit visa, leaving him stranded in the emirate with his wife Johanna and their children. 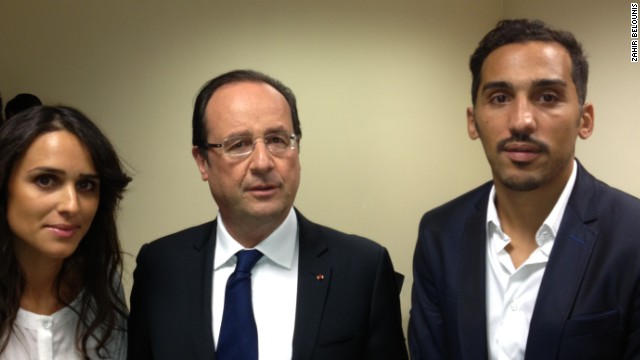 Belounis (right) held talks with French President Francois Hollande in June and claims he had been told he would receive his exit visa on October 21 -- it came more than a month later. 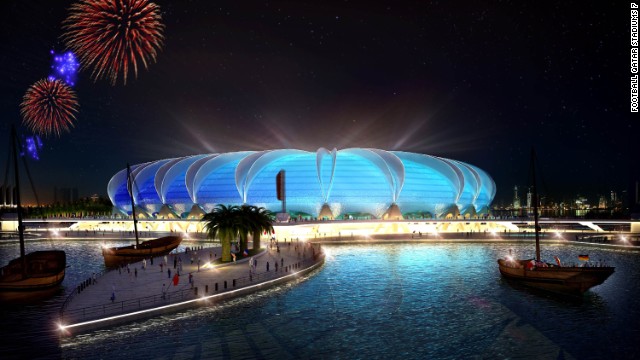 Qatar has promised a futuristic World Cup -- whichever month it is held in 2022. But at what price?

According to United Nations figures it is estimated that 500 new immigrants arrive in the country every day -- many from the Indian sub-continent and Southeast Asia.

Qatar faces a wait to find out whether the 2022 World Cup will be switched to the nation's winter. "The mistake was to think that we could play this competition easily in the summertime," FIFA president Sepp Blatter said.

The bidding process for the 2018 and 2022 tournaments is being looked at by former New York attorney Michael Garcia, who is head of the investigative arm of FIFA's ethics committee. Garcia will visit all of the countries involved in the process, beginning in London.
HIDE CAPTION
Family reunion
Stranded in Qatar
Belounis' battle
International rescue?
Qatar World Cup 2022
Construction chaos
World Cup wait
Garcia investigation
<<
<

(CNN) -- Having been stuck in Qatar for two years over a pay dispute, soccer player Zahir Belounis is relieved that the nightmare is finally over.

The French-Algerian arrived back in Paris on Thursday with his wife and two daughters after an ordeal that he says left him suffering with depression and contemplating suicide.

"I am so happy. I'm feeling so much stronger," the 33-year-old told CNN as he was met by gathered family, friends and media at Roissy-Charles-de-Gaulle airport.

"This is not the end of the fight though. I'm happy to be home and have a normal life again."

Qatar has come under intense media scrutiny since winning the right to stage the 2022 World Cup, particularly over its employment laws -- notably the kafala system, which requires expatriate workers and some visitors to have a residence permit.

Belounis was met at the airport by Abdeslam Ouaddou, another player who found himself in a dispute with a Qatar club and who has taken his case to football's governing body FIFA.

"I am so happy for Zahir to come home but the real victory will be when the kafala system ends," said Ouaddou, a Moroccan who played for several French clubs and England's Fulham before moving to the emirate in 2010.

"If they don't change kafala then they should change where the World Cup is," Ouaddou told CNN.

The Belounis case has prompted the International Trade Union Confederation (ITUC) to demand a change to workers' rights in Qatar.

ITUC general secretary Sharan Burrow said in a statement that Belounis' case has "come to illustrate the conditions faced by 1.3 million migrant workers in Qatar."

"The torment that Zahir and his family have been put through because of bad laws which give workers no rights should never be repeated," she said.

"Sadly, today in Qatar there remain many workers who have no voice. The Qatar authorities should reform their laws to respect International Labor Organization conditions."

FIFPro, the global players' union, is set to visit Qatar this week for talks with the country's football authorities and organizers of the 2022 World Cup.

Neither the Qatari Foreign Ministry nor the Qatari Football Association were available for comment, but in October the QFA told CNN that "as in any other football association in the world, there will unfortunately always be contractual disputes between clubs and players/coaches."

The kafala system ensures that all expatriate workers in Qatar and some visitors require a residence permit.

These can be provided by a resident sponsor, an employer or the person inviting a visitor on his or her sponsorship.

Human Rights Watch says that residence sponsors do not need to justify their failure to provide an exit permit -- the onus is on the expatriate to find another exit sponsor.

They can do this by finding another Qatari national or by claiming a certificate which establishes that there are no outstanding legal claims against them.

It went on to add: "It is also relevant to emphasize that up to now the player has not taken any action in front of the competent judicial bodies of FIFA.

"Our records show also that Zahir Belounis received salaries from one of our other affiliated clubs, Al Markhiya Club, when he played there during the second half of the 2011/12 season.

"At the end of that season, Zahir Belounis contacted the QFA for outstanding salaries from Al Markhiya Club. The QFA immediately took action and, after analysis and investigation which gave him right, the player received full compensation.

"However, in the alleged case of El Jaish Club, Zahir Belounis did not contact QFA, although he had experienced the efficiency of doing so when his request was legitimate."

"It is not fair when the international media and especially European media are taking up the focus of an Arab country here in Asia, and attacking, criticizing this country," Blatter said to delegates at the Asian Football Confederation awards in Kuala Lumpur, Malaysia.

Earlier this month, he condemned working conditions in Qatar as "unacceptable" following an Amnesty International report which claimed migrant worker abuse was rife.

But for now, at least, the Belounis family can celebrate being home and together again.

Zahir's brother Mahdi, who met him at the airport with their mother, tweeted updates of the situation as he campaigned for his sibling's freedom.

And Zahir's wife Johanna is now looking forward to resuming a normal life.

"We arrived back with just six bags but we have our freedoms," she said.

"I am so happy we will have our lives back. He is so much better now. The girls are happy. We are free."