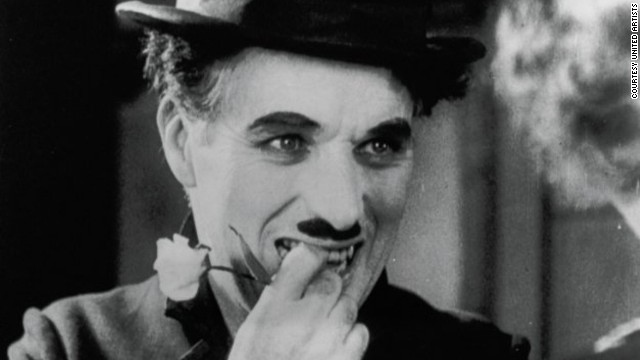 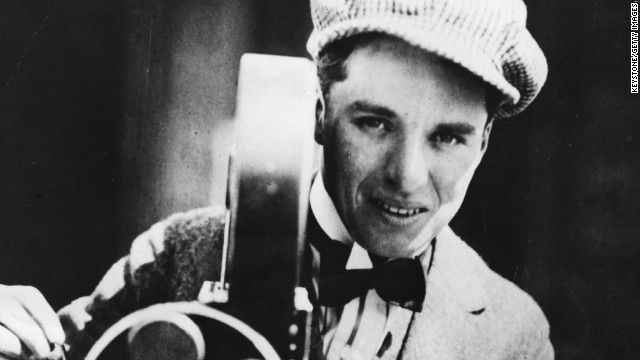 While Chaplin is perhaps best known as his loveable "Tramp" persona, he was also a prolific director, writer, and producer. "As a director, he just wanted his actors to completely mimic exactly what he was doing -- he didn't want their interpretation," said historian Hooman Mehran. 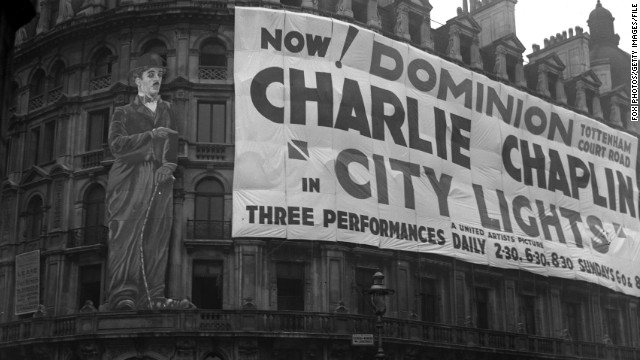 Virginia Cherrill only needed to say two lines in the scene which Chaplin made her re-do hundreds of times: "Flower sir?" But his determination appeared to pay off -- "City Lights" was a box office hit, despite being a silent film in a new era of sound. 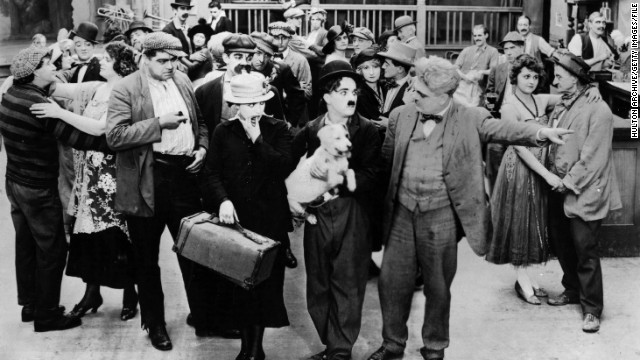 Here, Chaplin appears as the iconic "Tramp" in 1918 film "A Dog's Life." From humble beginnings growing up in an impoverished home and orphanages in London, Chaplin became one of the most famous film stars in the world. 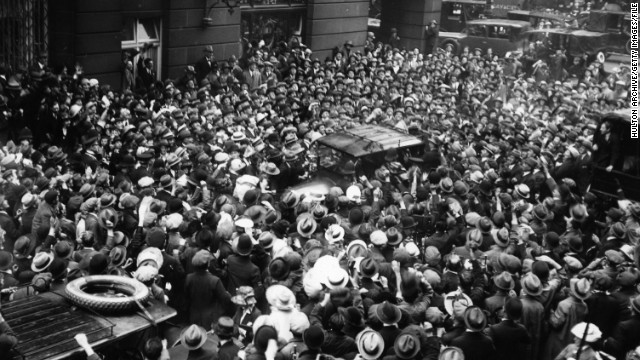 A huge crowd mobs Chaplin during a visit to London in 1917. "He was phenomenally successful," said Mehran. 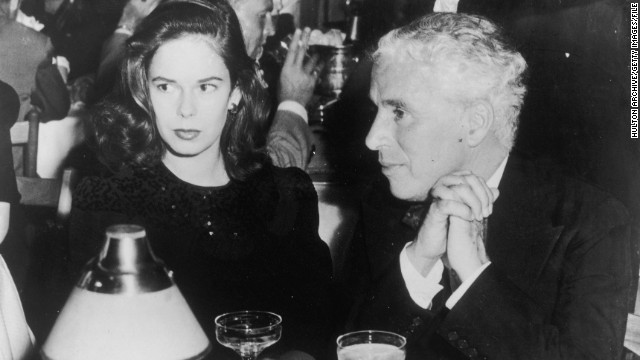 After leaving the U.S. in the 1950s and moving to Switzerland with wife Oona O'Neill (pictured), Chaplin ordered many of his outtakes to be destroyed. The couple remained married until his death in 1977 and had eight children.
HIDE CAPTION
Flower power
Lights! Camera! Action!
Bright lights
A dog's life
Fanfare
Off stage
<<
<

Virginia Cherrill must have been on the verge of tears after director and actor Charlie Chaplin made her perform one scene -- in which she says just two words in a silent film -- an excruciating 342 times.

To be fair to Cherrill, she was not a professional actress, but a 20-year-old socialite Chaplin had spotted in the crowd at a boxing match.

The comedic legend, who defined the silent era with his trademark bowler hat, shuffling gait, and toothbrush mustache, hadn't even spoken to Cherrill when he hired her as the love interest in one of his most successful movies of all time -- 1931's "City Lights."

"Chaplin was a perfectionist, the king of the re-take," said Hooman Mehran, historian and author of "Chaplin's Limelight and the Music Hall Tradition."

"This was just a three minute sequence in the finished film," he added. "But he took her to task -- even though it was a silent film."

Now for the first time we can see the making of the memorable scene -- in which blind flower girl Cherrill mistakes Chaplin the tramp for a wealthy man -- in rare behind-the-scenes footage released by film archive the Criterion Collection.

It's a remarkable insight into the Oscar-winning comedian's work ethic, perhaps better known for his iconic role as the loveable "Tramp," than director.

"He was a one man show -- not only was he the director, he was the writer, he was the producer. When music came in, he was a composer too," said Mehran, who narrates the flickering black-and-white footage.

In a career spanning 75 years -- from Victorian England to 1950s Hollywood -- Chaplin became one of the most recognizable screen stars in the world, negotiating a $670,000 film deal when he was just 26, a phenomenal amount at the time.

It was not uncommon for Chaplin to re-do one scene 10 or 20 times. But 342? "This was extraordinary even by his standards," said Mehran.

Why so many attempts at such a seemingly simple scene?

Art and innovation of puppetry

"Chaplin rehearsed on film -- he'd try out an idea and do it over and over again," explained Mehran. "And since he was the director, he couldn't see his performance so he had to record it."

Read: The street kid who grew into a 'Snake Man'

At the time, sound had also started to come into movies, and Chaplin worried "City Lights" would be his last silent film -- he wanted to make it a masterpiece. As producer, he invested all his own money into the film -- had it been a flop, it could have destroyed him. Luckily, it turned out to be a box office success.

Growing up in an impoverished London home -- his mother was committed to a mental asylum, his alcoholic father died from liver failure -- Chaplin spent his early years in orphanages.

"He identifies his mother as his greatest influence," said Mehran. "As a child, they would sit in their apartment and she would mimic all the people who were walking down the street.

"It's no coincidence that "City Lights" is about a blind woman -- a lot of Chaplin's heroines have a physical disability, which comes back to his mother."

After joining various theatre troupes as a teenager, Chaplin was taken on by the prestigious Fred Karno comedy company. He toured America, gaining the attention of Keystone Studios -- and launching his career on the big screen.

He became the master of physical comedy, with his exaggerated facial expressions, silly walks, and bumbling demeanor influencing generations of slapstick artists; from Abbott and Costello to Lucille Ball, and Mr Bean. Yet despite his blundering on-screen persona, Chaplin was also disciplined director.

"He was very tough on set," said Mehran. "He knew exactly what he wanted and he would have preferred not to have any other actors in his films -- he even tried making a film once where he was the only person in it."

Chaplin was a perfectionist, the king of the re-take
Hooman Mehran, historian

It was a style Marlon Brando apparently struggled with on the set of Chaplin's 1967 film "A Countess from Hong Kong."

"Brando was a method actor and really wanted to understand what his character was feeling. He said to Chaplin: 'I don't understand my character's motivation in this scene,' and Chaplin said: 'Forget about motivation, just do it as I tell you to do it, that's your motivation,'" said Mehran.

After leaving the U.S. in the 1950s and moving to Switzerland with wife Oona O'Neill -- the couple remained married until his death in 1977 and had eight children -- Chaplin ordered many of his outtakes to be destroyed.

"It was shot by his friend Ralph Barton, who committed suicide not long after, and certainly Chaplin would not let anyone else, other than his brother, film on set."

For a legend of silent cinema, Chaplin's actions spoke louder than words.