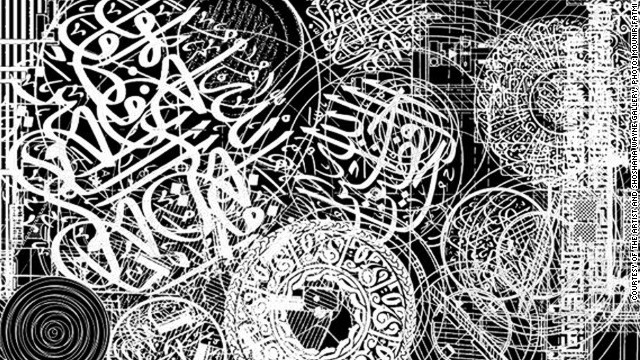 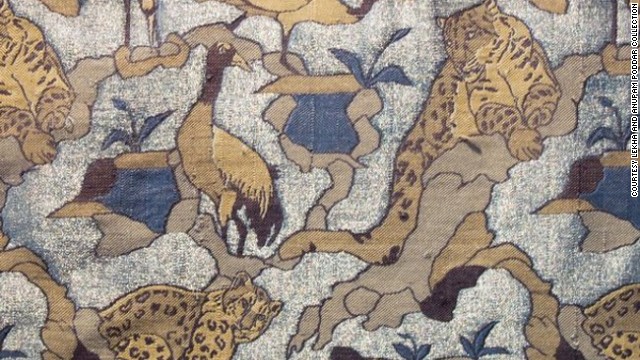 Textile designer Rahul Jain set up a workshop in Varanasi in India to recreate magnificent silk textiles of the past. The workshop has five drawlooms, at which local Muslim weavers work in pairs. This is a details from The Snow Leopard made from drawloom-woven silk and silver gilt thread. 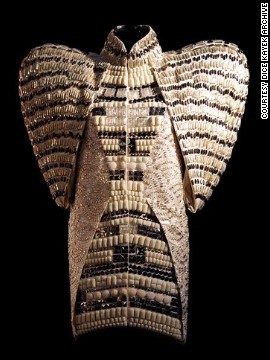 A dress inspired by the Hagia Sophia mosque in Istanbul, made out of embroidered satin and glass, by this year's Jameel prize-winner Dice Kayek. 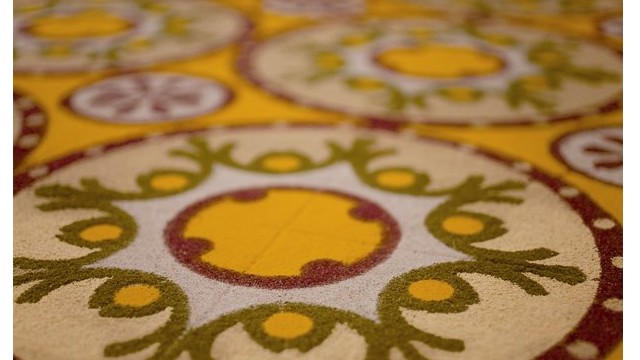 Detail of the installation, CAPC displayed in Bordeaux, France by Parisian artist Laurent Mareschal. Although it has the appearance of traditional Islamic tiles, the piece is in fact made up of carefully arranged spices, including turmeric, sumac, zaatar, ginger and white pepper. 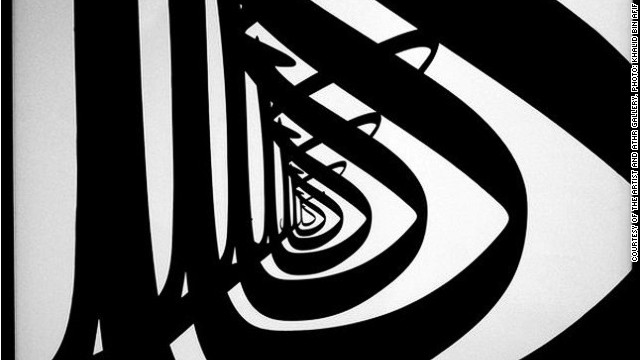 Saudi Arabian calligrapher Nasser Al Salem works in various media. In Kul, he exploits one of the most dramatic forms found in the Arabic script -- the combination of the letters kaf and lam that spell out the word kull, meaning 'all'. 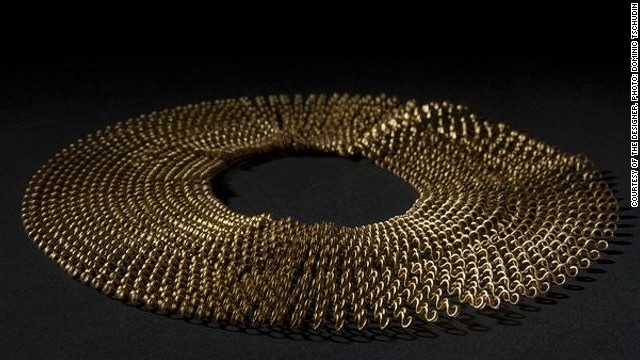 French designer Florie Salnot's recycled plastic necklace, titled Plastic Gold, is a product of her work with women from western Sahara. Inspired by the traditional jewelery worn by these women, Salnot has devised a craft they can practice despite their limited resources. 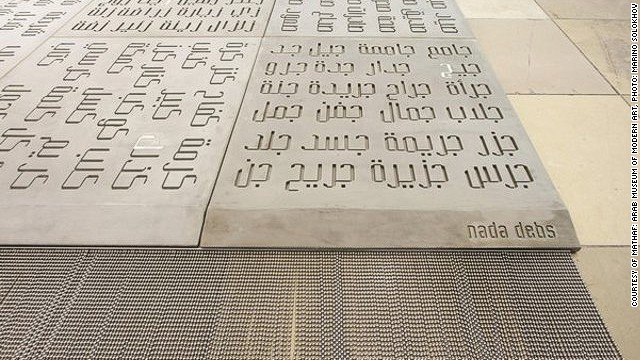 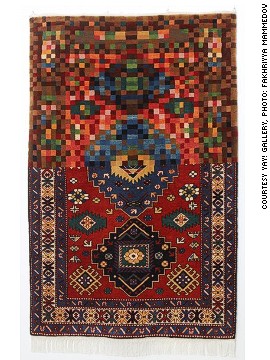 Faig Ahmed's woolen handmade carpets are based on Azerbaijan's ancient weaving traditions. They are constructed by hand and, for the most part, follow a conventional design. In each case, however, Ahmed reconfigures part of the pattern. With this carpet, titled Pixelate Tradition, much of the pattern has disintegrated into pixels. By disrupting traditional forms, Ahmed aims to show how, "Ideas that have been formed for ages are being changed in moments". 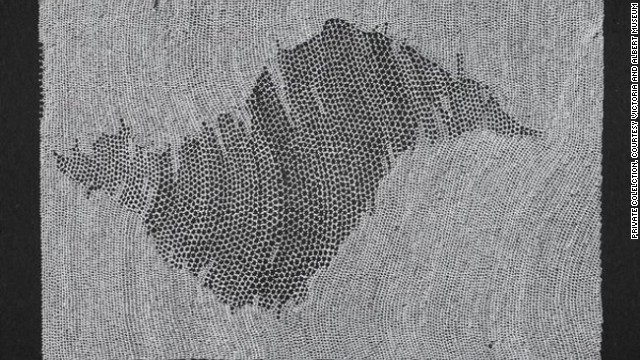 (CNN) -- Islamic tradition is not often lauded for its influence on couture, but a Turkish fashion label has won a prestigious international art prize awarded to artworks inspired by Islam's heritage.

Dice Kayek, established in 1992 by sisters Ece and Ayse Ege, triumphed over 270 entries from all over the world to claim the Jameel Prize, given biannually by the Victoria and Albert Museum in London.

The sisters, who live and work between Istanbul and Paris, were the first fashion designers ever to be nominated for the art prize, which comes with a $40,000 award. They beat nine other finalists with their collection, named Istanbul Contrast, which was inspired by the Turkish city's architectural tradition.

"Every dress is a symbol and interpretation of Istanbul's diverse architecture. It's a city of contrast, where east meets west and modernity and tradition coexist" explained Ece Ege. 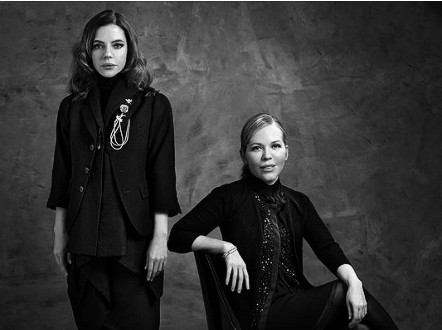 Dice Kayek's garments tell a story of Istanbul's rich history by weaving references to intricate Byzantine mosaics and opulent robes of Ottoman rulers, but their creations also have a modern, international edge. They are sold in 35 countries on five continents, and the label is a member of the prestigious Fédération Française de la Couture, alongside names like Chanel and Balenciaga.

"Every dress is a symbol and interpretation of Istanbul's diverse architecture. It's a city of contrast, where east meets west and modernity and tradition coexist
Ece Ege

The brand's winning collection was created in 2009, and has already been shown in some of the world's leading museums such as Le Musée des Arts Décoratifs in Paris, Amsterdam Museum and Istanbul Museum of Modern Arts.

Martin Roth, Director of the V&A and chair of the distinguished panel of judges, which included Zaha Hadid and Thomas Heatherwick, lauded the designers' ability to translate the spirit of Islamic tradition for the modern era: "We were struck by the way that Dice Kayek's work uses Islamic inspiration in a completely secular context, taking it into a new world, that of contemporary fashion."

Other shortlisted entries included jewelry, textiles, installations, and calligraphy, created by an eclectic group of artists from diverse backgrounds ranging from Saudi Arabia to France.

An exhibition of work by the winner and nine short-listed artists and designers runs at the Victoria and Albert Museum in London until April 21 2014.