Mark Shuttleworth's journeys into the future: From space to software 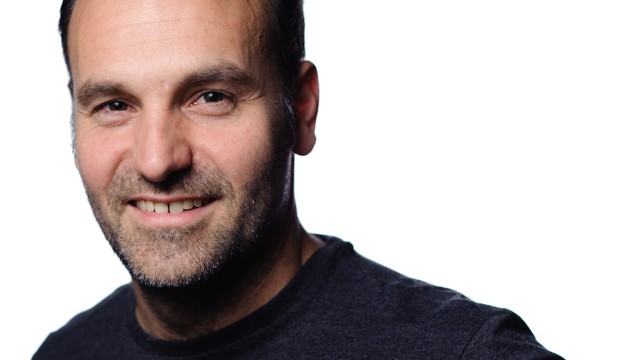 Mark Shuttleworth's conversation with Mandela was in 2002, when space tourism was in its infancy.
STORY HIGHLIGHTS

Paris (CNN) -- The conversation between space cadet and world leader had a simple purpose: To make an ill teenager happy.

"He brought a little girl with him who was very ill, it was such a classic Mandela move," Shuttleworth told CNN during tech conference LeWeb, being held in Paris.

"Lots of people wanted to be on the phone with a space cadet and I get the impression that for many of them it was about the spotlight being on them, whereas for Madiba (Mandela's tribal name) the most wonderful thing for him was about making this little girl's wish come true."

Michelle Foster, 14, was terminally ill with cancer and through the Reach for the Dream foundation had been able to meet Mandela and later link through satellite to Shuttleworth in space. Foster died less than a month after she'd spoken to him.

Shuttleworth, who founded software company Canonical, recalled the conversation ahead of Mandela's state funeral Sunday, the conclusion of 10 official days of mourning.

Mandela's lasting lesson, Shuttleworth said, is that people should "find the Madiba in our counterpart.

"Even good societies, societies filled with good people can end up in very dark places," he said. "We should focus on the rules of society and the norms of society and make sure those aren't ripe for abuse."

There could even be lessons for dealing with terrorist organizations, like al Qaeda, Shuttleworth said. "Don't tell me there isn't somebody in every institution who doesn't have the capacity to transcend the mess they've got themselves into."

Shuttleworth's conversation with Mandela was in 2002, when space tourism was in its infancy and only two paying guests had gone into orbit. Shuttleworth reportedly paid $20 million to travel with Russian cosmonaut Yuri Gidzenko and spend a short time at the International Space Station.

Meanwhile, Shuttleworth predicts, the world will see first "the first commercial suborbital flights in the new two years ... and I think we will see a partly commercial interplanetary flight in the next 10 years."

Eventually, humans will move beyond earth, he said."I think our destiny is in the stars ... there is probably a habitable planet out there within 15 light years of us." That, he adds, is "in our neighborhood."

Pay for a trip to space with Bitcoin

"The galaxy is around 100,000 light years across so 15 light years is very little. It may take us a couple hundred years to achieve that but look back a couple of years and you're at the rebuilding of Paris, so I think this is the sort of timescale we should be dreaming in."

The future of mobile devices?

Back on Earth, Shuttleworth's company has signed its first deal with a phone hardware partner to use its operating system, Ubuntu.

Shuttleworth won't give details yet -- it's expected to be made public in 2014 -- but says it's a step forward from the company's work with personal computers and could eventually position it to compete with the likes of Android.

While the operating system market is dominated by giants such as Google and Apple, Shuttleworth sees opportunity in "convergence," when all mobile devices run seamlessly from one set-up.

Read more Le Web: From big screen to your screen