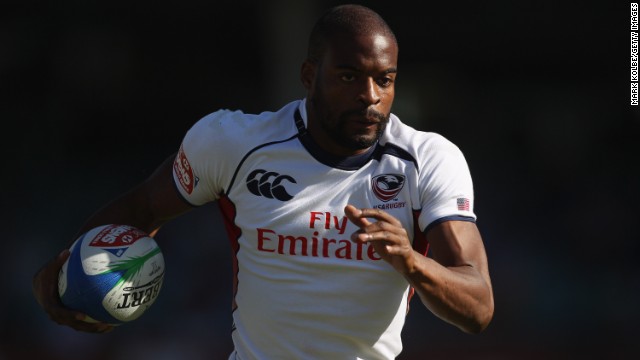 Miles Craigwell's career has taken off since he swapped NFL for rugby sevens. The 27-year-old joined the Miami Dolphins after college but failed to make the grade. It was after a chance viewing on TV that he decided rugby was the way forward. 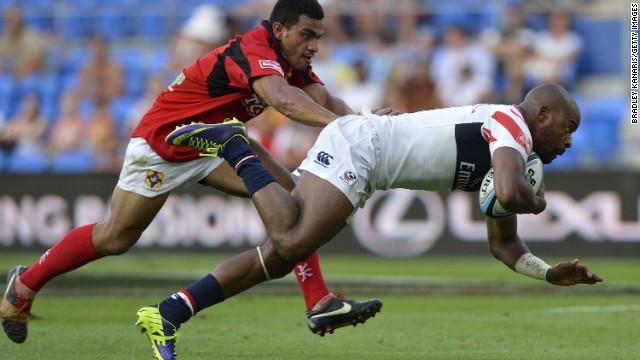 Craigwell will be aiming to score more tries when the Sevens World Series arrives in Las Vegas in late January. He hopes to have friends and family watching as part of a big home support. 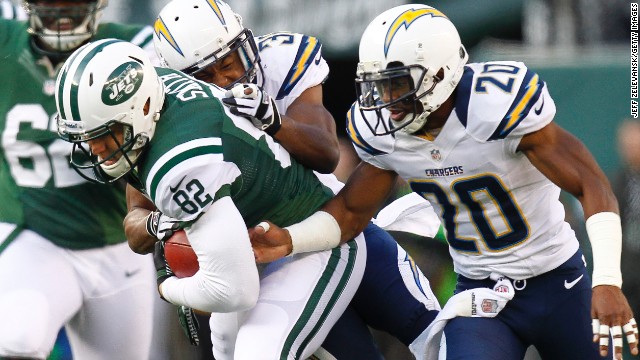 Craigwell is one of several players to swap the sports. Australia-born U.S. rugby representative Hayden Smith spent 18 months with NFL side New York Jets, making five appearances as a tight end. He returned to English rugby club Saracens in December 2013. 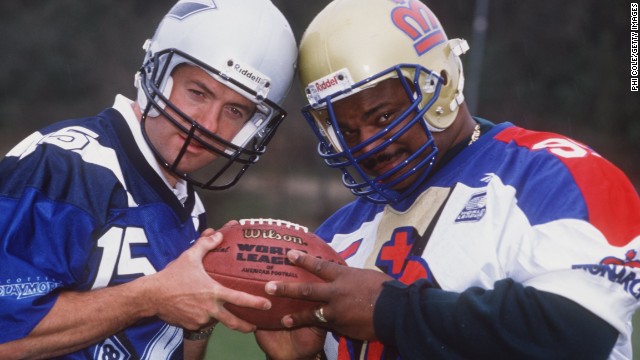 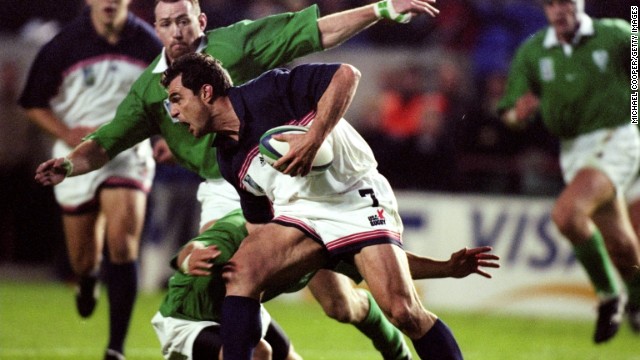 Richard Tardits made the move from NFL to rugby following three years with the New England Patriots in the early 1990s. He took part in the 1999 Rugby World Cup with the U.S. national team and also played for French club side Biarritz. 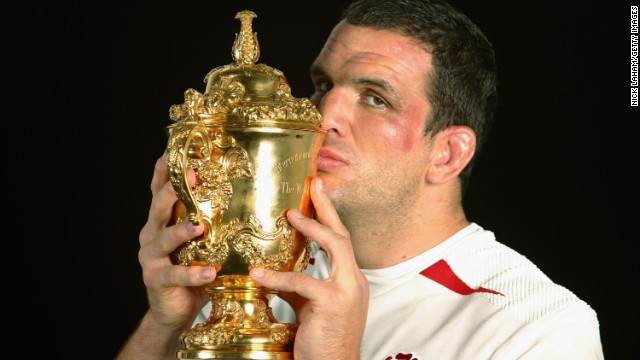 Martin Johnson, who led England to Rugby World Cup glory in 2003, has always been a huge fan of the NFL. He spent time training with the San Francisco 49ers in 2001 and has used gridiron as an inspiration for his coaching plans.
HIDE CAPTION
Catch me if you can
Air Miles
Jetting back
Scottish switch
New England to new pastures
World's best
<<
<

(CNN) -- Miles Craigwell is a 21st-century warrior. The armor has come off, the helmet lays on the side of the field.

Gone are his gridiron days -- this is rugby sevens and it's as fast as it is brutal.

"We are out there fighting, we are brotherhood, together, we're teammates. We hit each other for one another and we have each others' backs, so I think that sums it up very much."

Craigwell knows all about being in a battle -- after an impressive college career at Brown University, he was tipped for big things when he was drafted by the Miami Dolphins.

But after failing to make the grade and with his life at a crossroads, he moved back to Boston where a chance glance at a television changed everything.

"I just happened to be in a diner and I saw the rugby on TV," he said. "And then, right then and there I called my agent and told him, this is the sport I want to do.

"Football wasn't working out at the time and I didn't want to go into the corporate 9-5 just yet.

"I felt like I still had athletic bones in me. So I saw it and I was like, you know, it involves a lot of things that football does; running, tackling, hitting. Just using your speed and physicality.

Since making the switch in 2010, Craigwell has not looked back, becoming an integral part of the U.S. team -- which is seeking to break into the sport's top-10 rankings -- despite his late entry into the game.

But while some of the skills he gained in gridiron have helped him adapt, Craigwell still can't get over how different the game is from the one he witnessed in the comfort of that Boston diner.

"It was definitely appealing on TV but in real life it was more than I expected," he explained.

"The fitness levels necessary was beyond my imagination. I ran track and played football in college at the collegiate level, and coming off of the rugby pitch you're more drained and more tired than any other sport I've participated in.

"I'd say football has the hardest hit because you wear a helmet and shoulder pads -- people think they're invincible.

"So it's imperative that you work out, you lift and go out there with your best birthday suit on."

One of the biggest differences Craigwell encountered was the speed of the game and the levels of concentration.

Sevens is a non-stop sport, with games divided into seven-minute halves -- a world away from the stop-start nature of the NFL.

"In football it's really just three or four seconds of concentration," he said.

"But in rugby it's the full seven minutes so you're hitting someone here, then you have to get up, then you might have to hit the next person who has the ball -- it's just continual play.

"Whereas in football you have water breaks, you have timeouts, TV timeouts and then you go from offense to defense and vice versa.

While his friends and family might not have caught up yet with all the new rules and changes, Craigwell says he has been given a huge amount of support following his decision.

With the sevens circuit set to arrive in Las Vegas on January 24, the winger is hoping the tournament will capture the imagination of the locals -- although he's already looking forward to a night out in "Sin City."

"The Vegas tournament is great," he said. "I mean it's Vegas -- what more do you need?

"What better attraction do you need to get out there and go?

"We have a great following in the States and everybody loves to go to Vegas, so it's a really good tournament. It's one of my best."