Sergio Garcia pitches in with help for hometown football club 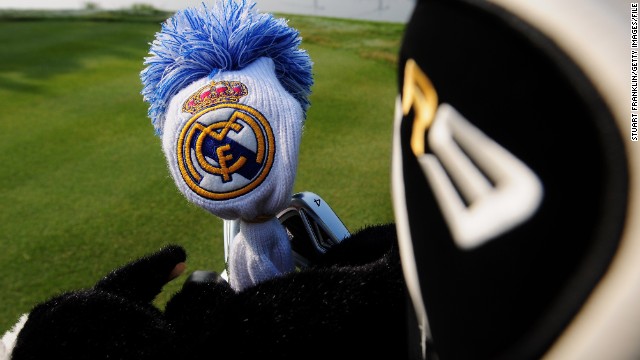 Sergio Garcia is a Real Madrid supporter, as shown by one of his head covers for his golf clubs. But his interest in football runs much deeper than just supporting the nine-time European champion... 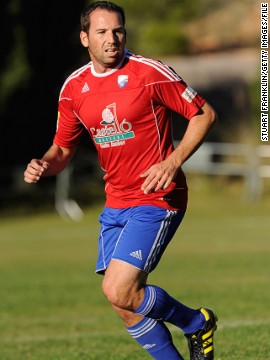 Garcia is president and part-time player at CF Borriol, his hometown club in the province of Castellon on Spain's east coast. 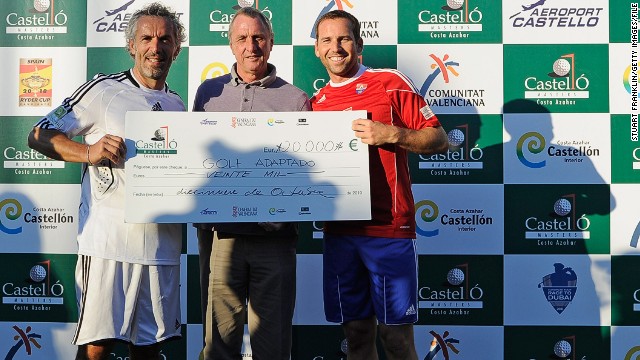 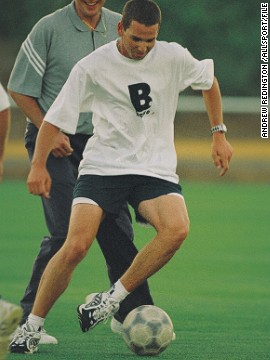 A young Garcia enjoying a kickabout in 2000. 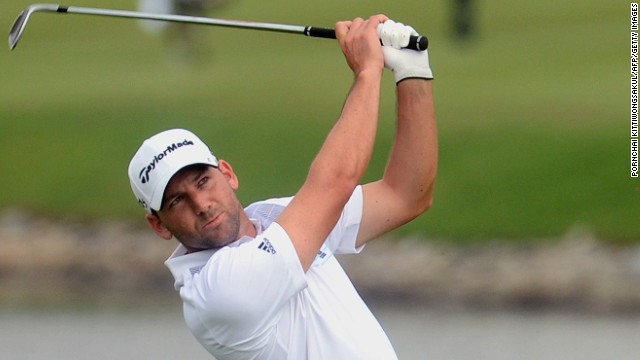 Garcia finished 2013 in style, winning the Thailand Golf Championship for his first title of the season -- the 25th of his pro career. 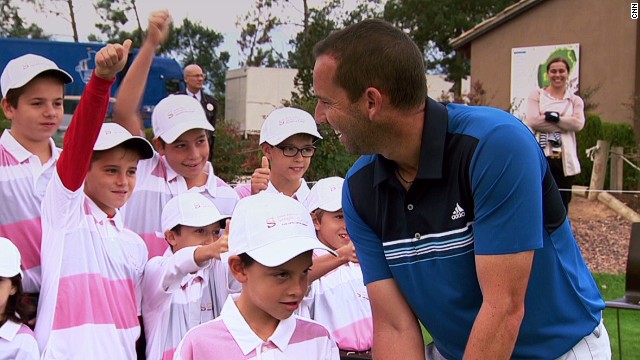 Garcia enjoying a joke with the kids of his junior golf academy at the PGA Catalunya Resort, Barcelona. The 33-year-old dropped by in October this year to celebrate its one-year anniversary. 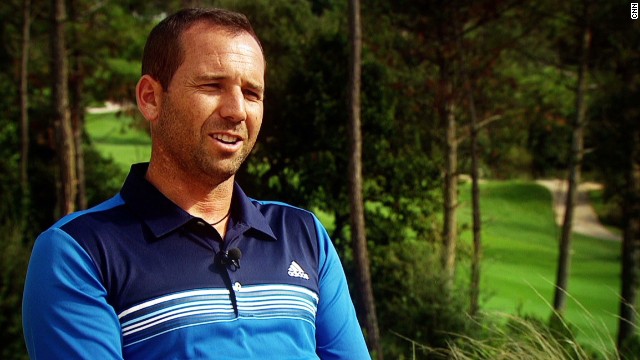 Garcia sat down with CNN Living Golf's Shane O'Donoghue last month to talk about football, his foundation and Tiger Woods. 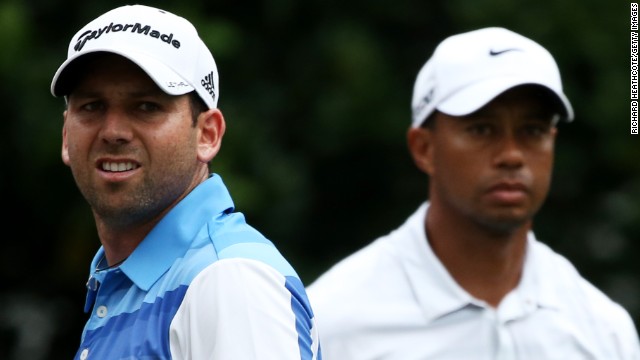 (CNN) -- He spends most of his time playing golf courses all over the world, but Sergio Garcia's thoughts are never too far away from what's happening on a football pitch much closer to home.

For the past seven years, Garcia has been president and part-time player at CF Borriol, his hometown club in the province of Castellon on Spain's east coast.

"It's good fun and whenever I'm around I get to practice with them a little bit and play a little bit here and there. This season, I've played probably five games, so not a lot, but I enjoy it," Garcia told CNN's Living Golf show.

The 33-year-old is a long-term supporter of Real Madrid, but his domestic allegiances have always been divided between the Bernabeu and Borriol's more modest 1,000-seater stadium, where his attachment is not only emotional but financial.

Garcia's business involvement with Borriol began in 2003, explains club vice-president, Pedro Fernandez, when one of his friends persuaded him to help out.

Three years later, Garcia was installed as club president of the club, which plays in group six of Spain's third division and now has more than 150 members.

"We put together a working group headed by Sergio, as president, his brother Victor and other friends. We make all the management decisions as it relates to the team," said Fernandez.

"Sergio has done a tremendous job in the past seven years to create a football academy for Borriol's young boys and girls.

"CF Borriol's goal is to expand the academy and hopefully promote players from the junior teams to the first team."

Spain's dominance of international football and Barcelona's European Champions League success in recent years has been attributed to strong grassroots support for the game.

"It is very exciting and refreshing to see Sergio and his team support and work for the team. It is just a group of friends who love football and they have a common goal to see the team succeed," Caballero said.

"The team would not be here if it was not for Sergio's involvement, so hopefully he will be around for a long time to support the club and the village."

Garcia made his playing debut for CF Borriol in September 2010.

Swapping golf shoes for football boots is something he does whenever his schedule permits, as it helps him to relax.

Sergio has done a tremendous job in the past seven years to create a football academy for Borriol's young boys and girls
Pedro Fernandez, CF Borriol vice-president

"Playing football is not as much pressure because you don't have that much time to think ... everything is quicker, faster and you are moving all the time," said Garcia.

"I have always enjoyed being part of a team and sharing things with your teammates."

Garcia will be looking to rejoin his golfing teammates at next year's Ryder Cup in Gleneagles, Scotland where, if selected, he will make a seventh appearance for Europe in the biennial match against the U.S.

For now, Garcia will be reflecting on mixed fortunes in 2013.

The season was largely overshadowed by the public spat with Tiger Woods at the Players Championship in May -- a precursor to some unsavory comments about the world No. 1 during a private dinner at Wentworth later that month for which he subsequently apologized.

But at least the Spaniard has ended the season on a high, lifting his first trophy of the year with a win at the Thailand Golf Championship earlier this month -- a result that took Garcia back into the world's top 10.

As golfers around the world take a break for Christmas, Garcia will be keen to recharge his golfing batteries in the way he knows best -- indulging his other sporting passions.

"I've always said I couldn't just do golf by itself," he said.

"I would probably get tired of it quickly. I obviously play football, tennis, paddle tennis and I love watching Formula One on TV and obviously watching football too.

"I love my sports and try to keep as busy as I can with them."