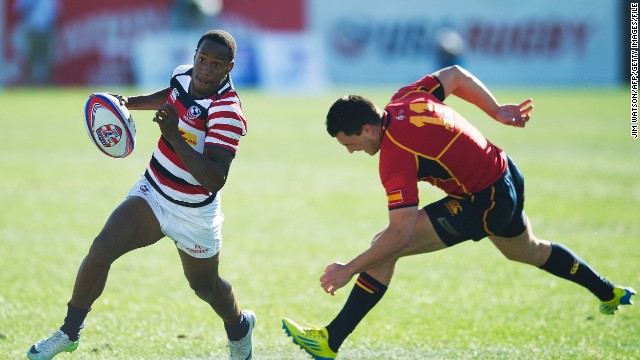 Former track athlete Carlin Isles has been given the opportunity to prove himself in the NFL by the Detroit Lions. 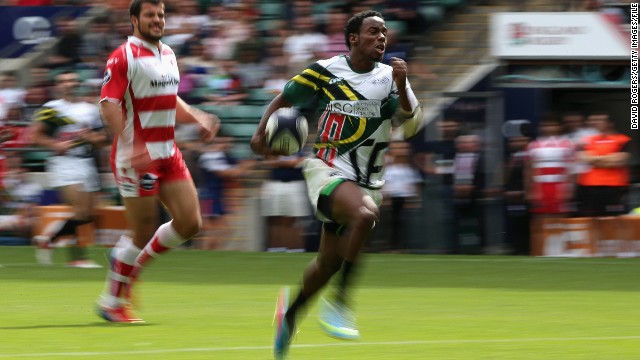 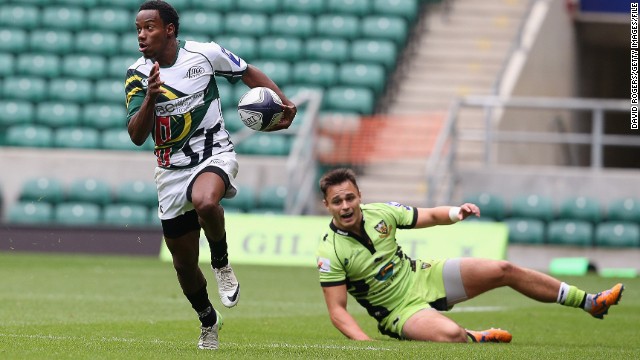 Seen here in action for San Francisco at the World Club Sevens in August 2013, Isles took up rugby the previous year. 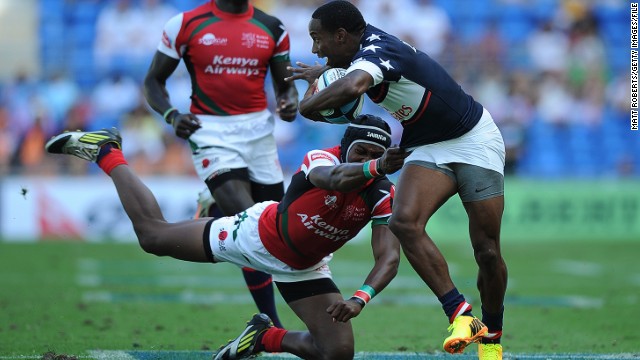 The winger has become a key member of the U.S. international team -- here scoring a try against Kenya at the Gold Coast Sevens in Australia in October 2013. 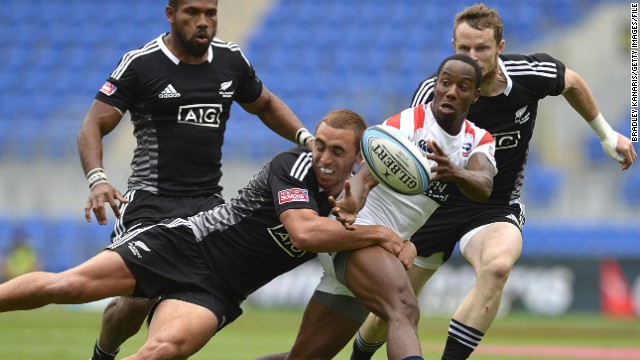 With the Lions set to miss the NFL playoffs, Isles will be available for the next round of the Sevens World Series in Las Vegas from January 24-26. 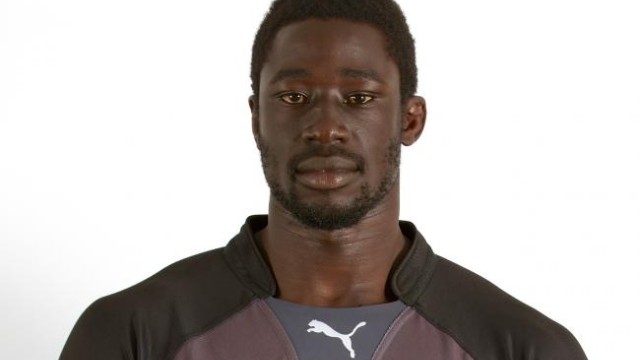 (CNN) -- "The fastest man in rugby" could soon be showing his sprinting skills in the NFL after the Detroit Lions signed United States sevens international Carlin Isles.

Isles was a college sprinter in the 60 meters at Ashland United and has completed the 40-yard dash in under 4.3 seconds. His fastest 100m time of 10.13s would have qualified for the semifinals at the London 2012 Olympics.

A winger in rugby, he will be a wide receiver in the Lions' practice squad.

The 24-year-old, who took up rugby in 2012, was given his chance following a trial after tight end Matt Veldman was promoted to the Lions' active roster.

Thank you everyone!!!!! No worries I'll still be playing rugby and will be in Vegas. God has been good and just enjoying gods blessings

"If you want to develop one of those guys you have to give some guys a chance here or there and this was an opportunity to be able to do that because of the way our roster is and bringing some of the guys up that we have, we have a spot open," Lions coach Jim Schwartz told the NFL's team website.

The move does not mean Isles will pack in rugby altogether as he confirmed on his official Twitter account that he will be taking part in the next round of the Sevens World Series in Las Vegas on January 24-26.

The history of rugby sevens

"Besides the blocking and no pads, the tackling is similar. But American football you've got breaks -- rugby, you don't have no breaks, you've got to keep running and running."

Isles, who played gridiron at high school and college in Ohio before becoming a professional athlete, isn't the first player from another sport to attempt the transition.

Indianapolis Colts gave former rugby union player Daniel Adongo two games earlier this year, while Lawrence Okoye, a discus thrower at the 2012 Olympics, is on the books of the San Francisco 49ers.

"He's a legit track guy," said Schwartz of Isles. "I mean, his background happened to be rugby, but it's probably more track and that speed -- that's not unusual at all to see track athletes get chances."

And the Lions coach is confident Isles can successfully make the switch.

"An athlete's an athlete," said Schwartz. "There are skills that you can develop, and if you see something you like then you can work with him.

"I think our personnel department does a really good job of searching that. There's a lot of layers to stuff like that, but whether it's a rugby player or a basketball player, if they can bring something to the table that is unique and make it worth working with them then we're open to it."

The Lions are looking to improve next year after a disappointing campaign in which the team has dropped from a 6-3 record to 7-8 ahead of this weekend's regular-season finale against Minnesota Vikings.