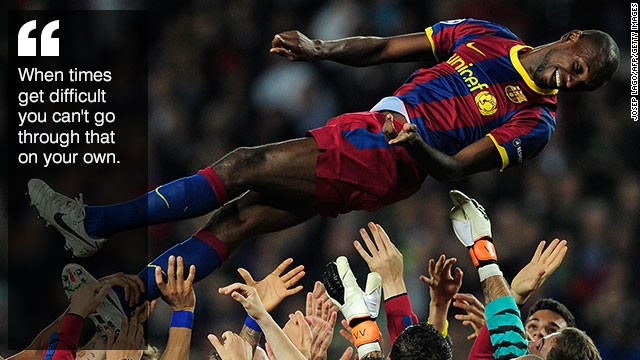 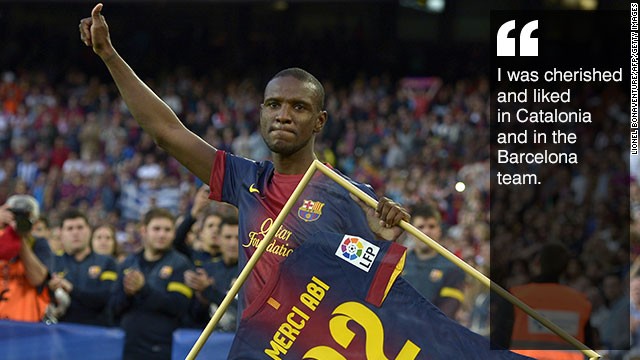 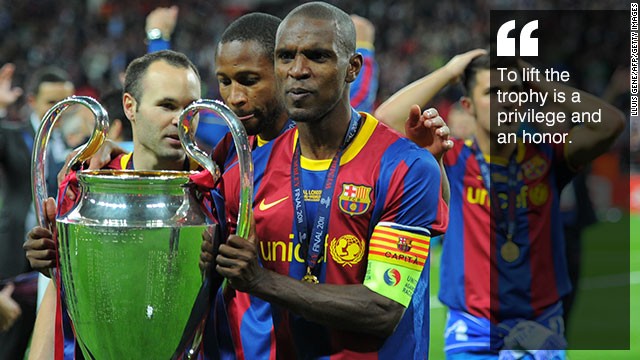 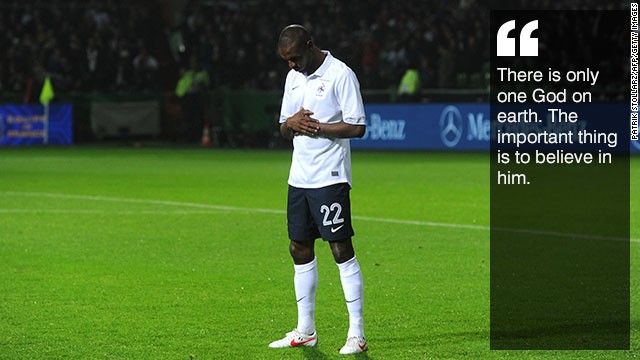 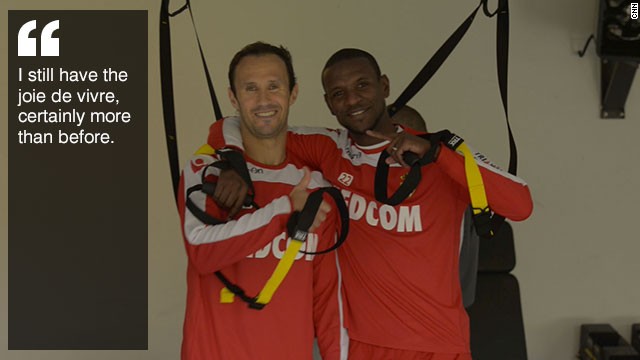 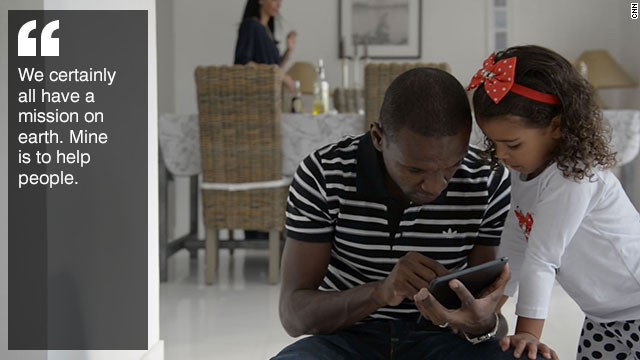 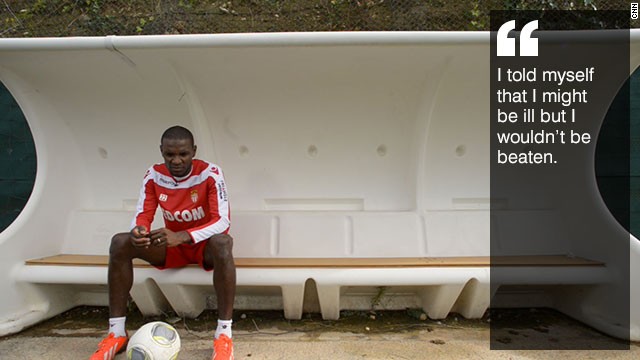 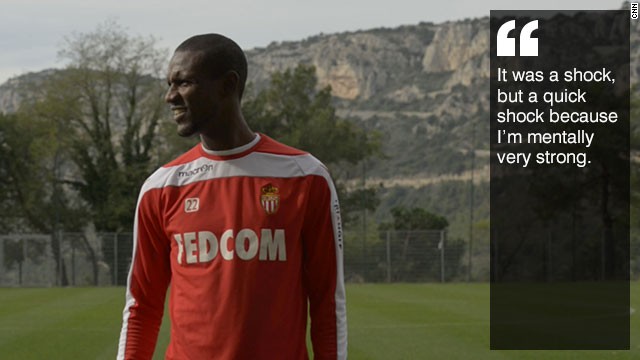 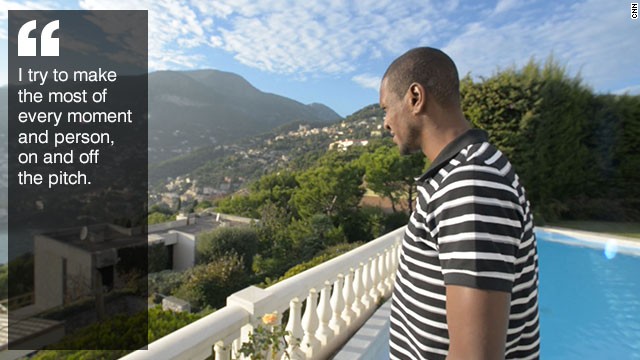 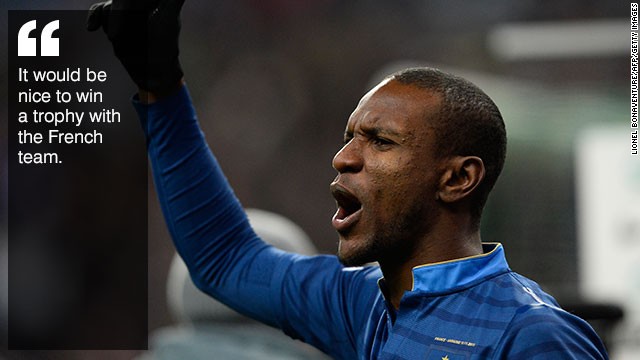 (CNN) -- Eric Abidal is a fighter. He's also a philosopher.

"Everyone has their own destiny," he says.

The football star's fate is now firmly in his own hands -- something he thanks God for each and every day.

His faith, and fighting spirit, has helped him climb out of an abyss -- not once, but twice -- recover his strength and stand proudly tall once more.

But the future did not seem so certain in March 2011. The Frenchman, then at Barcelona, was diagnosed with a cancerous liver tumor following a routine examination.

It was a moment that would not only change his life, but would transform him as a person.

"It was a shock," he told CNN's Human to Hero series. "But it was a quick shock because mentally I am very strong.

"I am a fighter. I had a clear and honest discussion with the doctors and the surgeons. I told them that if I had something bad in my body that it was better for them to take it out quickly.

"It was complicated to come back, but like I always say, sport enabled me to have this mental strength to fight.

"It was certainly because of that that I managed to be even stronger in that battle."

Abidal's fight with cancer shocked the world of football.

The defender, a much-loved character within Catalonia after playing a key role in his team's success, received support from across the sporting world.

Even the players and president of Real Madrid, Barcelona's fiercest rival, showed public support for Abidal while he was laid up in a hospital bed following the operation, which took place just days after the tumor had been found.

Teams wore t-shirts urging Abidal a quick recovery, Twitter and Facebook were awash with good wishes and television pictures showed Barcelona fans singing his name in the 22nd minute of each half -- the shirt number which he wore with such distinction.

"I remember everything," he says. "When you are in hospital you can't really see what's going on outside.

"All of that certainly helped me and proved that I was cherished and liked in Catalunya and in the Barcelona team.

"It motivated me to tell people that, 'Although I am ill, I won't let myself go down. I will do everything to come back and try to finish the season with the club.' "

Most survivors would be happy to just be in a position to have their health -- but for Abidal that was simply not enough.

A warrior, he was determined to fight back all the way -- not just to peak health but to a place where he could once again pull on the famous blue and red stripes of Barcelona.

"I always had fighting spirit," he says. "Yes I had the illness but I still had a chance of playing sport at a high level. There are similarities between illness and sport -- you can't get beaten.

"I told myself that even though I was ill that I wouldn't allow myself to get beaten. I said, 'I am going to fight for myself, for my wife and children, my parents and all the people who surround me.' "

Abidal surprised everyone by returning to training within weeks of his diagnosis, hoping to make an incredible comeback before the end of the 2010-11 season.

Such was Abidal's willpower that he did indeed return to the Barca side -- making a substitute appearance against Real Madrid on May 3.

Just 25 days later he played the full 90 minutes at Wembley as Barca defeated Manchester United 3-1, and Abidal was afforded the honor of lifting the European Champions League trophy -- a gesture which he will never forget.

"It was a special moment," he recalls. "There are not many of us who can win the Champions League, let alone be given the special gesture of lifting the trophy.

"It was a gesture from the whole team. The club and players lived through the difficult moments with me.

"It was an utter privilege and an honor. I will always thank my teammates for that gesture."

Less than a year later, however, Abidal was once again fighting the cancer -- in March 2012 it was revealed he needed a liver transplant due to problems the initial operation did not resolve.

Teammate and close Dani Alves offered part of his, but it was not possible due to the impact it would have on his own playing career, so Abidal instead turned to his cousin Gerard.

Abidal again made a heroic comeback, returning to action a year later on April 6, 2013 as Barcelona went on to regain the Spanish league title from Real.

However, any thoughts of extending his six-year stay at the Camp Nou were soon extinguished once the club revealed it would not be offering him a new contract.

But the No. 22 shirt is still linked with Abidal, as Alves has taken it on.

"With Dani it's unique because my wife gets along very well with his wife, we lived next to each other, I liked his mindset and vice versa," Abidal says of the Brazilian.

"We had a good feeling, we have a similar personality. Everyone knows about the gesture he did for me when I was ill. He remains an important person in my life."

After winning 15 trophies in his time with Barca, Abidal returned to where it all began for him as a professional -- Monaco.

He began his professional career in the Principality, before going on to play for Lille and hometown club Lyon, where he won the French title in each of his three seasons before joining Barcelona for $16 million in 2007.

His form this season looks likely to secure him a place in France's World Cup squad in Brazil next year -- not bad for a man who almost lost his life.

"The move back to Monaco gave me the chance to close a full circle," he said.

"It was important for me. It wasn't an easy choice but it was important because I started here and I wanted my kids where their dad started back in the day.

The phrase "giving back" is one which Abidal likes to use over and over again whether it be in relation to his family or those in society who are less privileged.

A devout Muslim who prays five times a day, Abidal believes he has a responsibility to work with the current generation of youngsters and help guide them through turbulent times.

A leader, he likes to show by example both on and off the field -- but to the last he remains a warrior and a philosopher.

"It's important for me whatever the situation to know that we are not here by accident," he said.

"We certainly all have a mission on earth, mine is to help people.

"The illness I went through wasn't by accident. The way I see it is that God gives you challenges."