Annette Fredskov: A marathon a day made me stronger 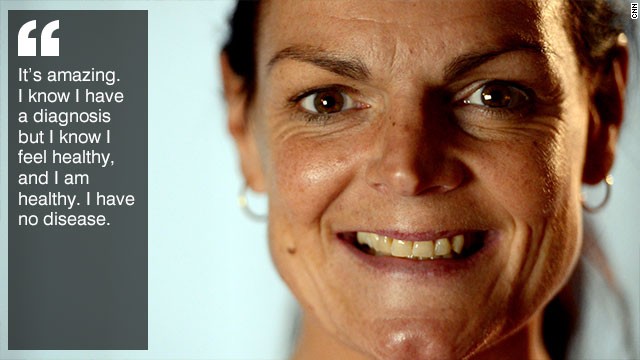 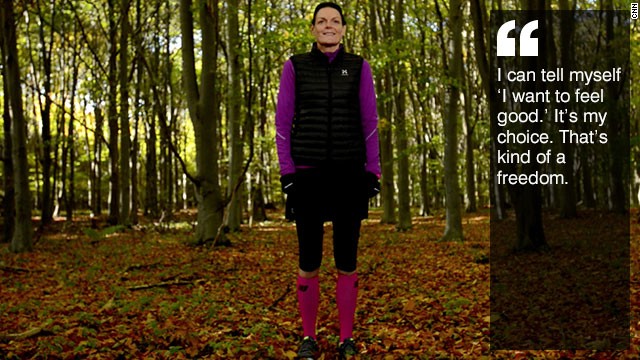 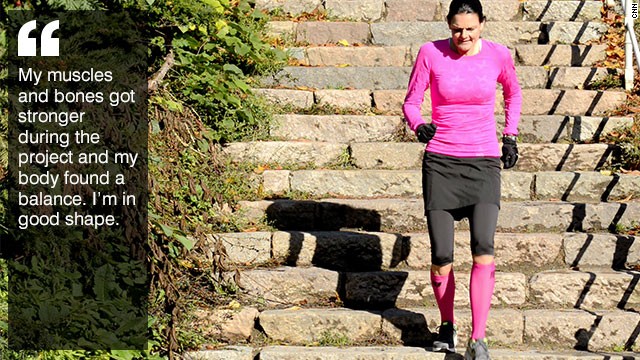 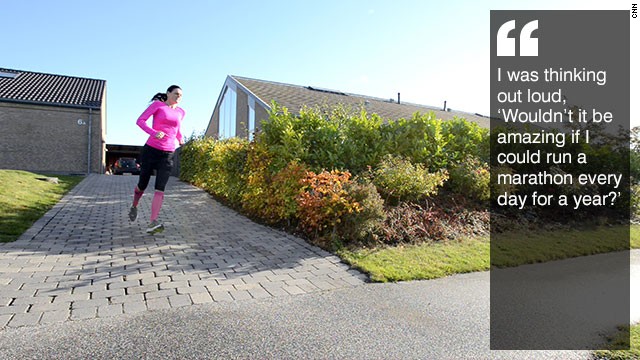 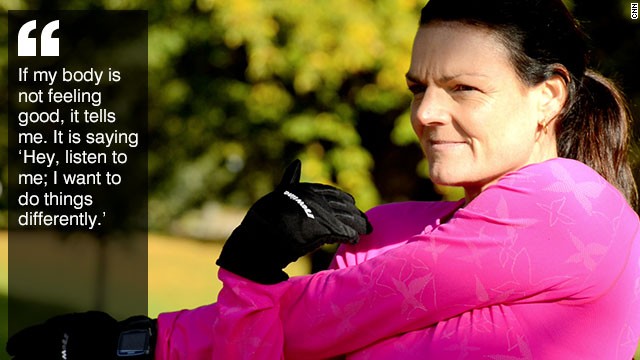 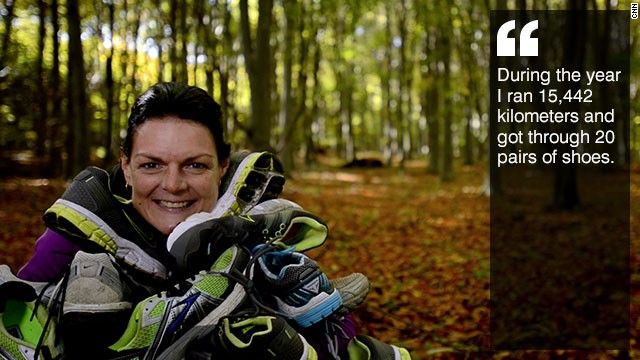 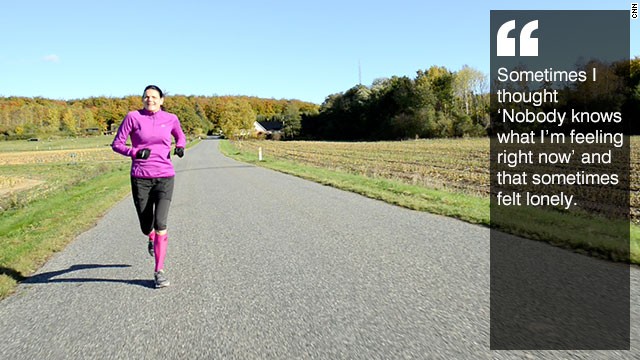 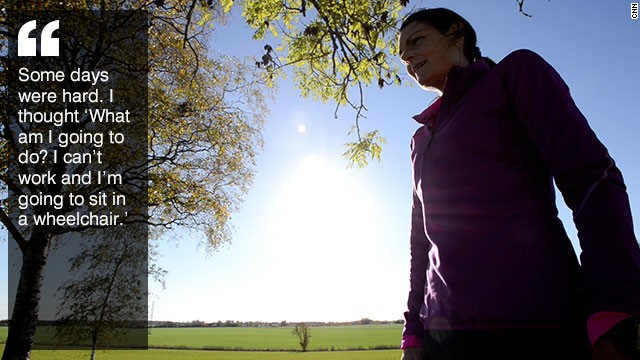 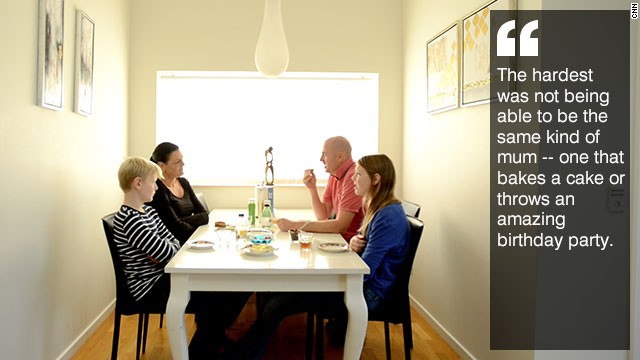 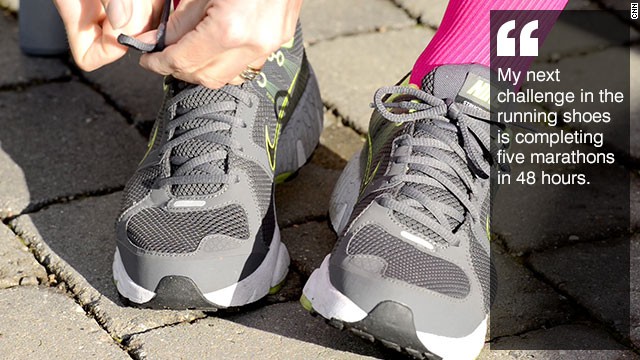 "It's amazing because now I know I have a diagnosis, but I know I feel healthy and I am healthy, I have no disease," she told CNN's Human to Hero series.

"I know my body now and I also listened to my body every day during the project, so I have no fear at all. It's amazing.

It wasn't always this way, though.

The Dane was diagnosed with MS three years ago. The disease -- which attacks the body's central nervous system -- has several forms, ranging in seriousness.

Like 85 per cent of sufferers, Fredskov has relapsing remitting MS, which means symptoms can appear then fade away, either partially or completely.

Initially, it enveloped the 41-year-old, prompting a six-month spell of introspection and fear.

As well as numbness down her left side, she was also blighted with dizziness and extreme tiredness.

"At one point I was really sad about that and I was feeling sorry for myself," Fredskov explained.

"Some days were very hard and I thought, 'What am I going to do? I can't work, I'm so tired and I'm going to sit in a wheelchair.'

"Other days I thought, 'Well, this is going to be OK, I'll handle it.' So I had six months on a rollercoaster ride, you could say.

"Then I got my act together and I thought, 'I'm feeling sorry for myself and I'm sick and it's not the way I wanted things to be, but I can decide for myself what I am going to do from now.'"

The outlet for this enduring commitment to vitality was running -- a whole lot of running.

Having flirted with the sport at various stages of her life, Fredskov was a committed runner by the time her multiple sclerosis was confirmed.

And it proved to be a valuable vehicle in her fight to remain physically and mentally fit.

"The curiosity about our mind and our body is really a big motivation for me that started with my diagnosis," said Fredskov, who has written a book about her feats.

"It's hard to explain what happened. Before I would run once in a while and I couldn't really get the hang of it, I didn't really enjoy it. But six years ago I was ready to fall in love with running."

Even the most committed of athletes would surely tremble at the prospect of completing 26 miles every day for a whole year.

It's amazing because I know I have a diagnosis, but I know I feel healthy and am healthy. I have no disease
Annette Fredskov

But Fredskov says her decision was empowering, helping to reinforce her viewpoint that she could retain an important element of control over her disease.

"A year after my first marathon, I was sitting in the car with my husband and thinking out loud, 'Wouldn't it be amazing if I could run a marathon every day for a year?!'

"Instead of just letting it go or not answering he said, 'If anybody can do it, it would be you.'

"So the dream was alive. We talked about it, it just felt right in both our stomachs. I wanted to run and he wanted to support me. I've learned that if there's anything I want to do, I can do it.

"It's not every day I just jump out of bed and say, 'Wow, this is a happy day,' but I know if I wake up and feel my head is heavy, that I'm not feeling so good, I know I can make it a good day anyway -- that's my choice.

All of them were completed in Denmark, most around the town of Næstved. Unsurprisingly, Fredskov's very first marathon was her quickest, clocking in at four hours, 25 minutes and 30 seconds.

She drank two liters of soda a day to keep her body infused with sugar, got through a pair of running shoes every 18 days, and maintained an average time of around five hours.

"There were lonely moments, because I was the only one doing this," she explained.

"Sometimes I just felt so tired and thought, 'Nobody knows what I'm feeling right now,' and that sometimes felt lonely.

"Also when people told me, 'You can do this, try that,' and I thought you don't know what you're talking about because I'm the only one who has tried to run a marathon and it's hard -- I'm tired!"

A glutton for punishment, Fredskov decided to run not one but two marathons on her 365th day, spending a total of 10 hours and 45 minutes pounding the roads.

"When I got to the finish line, I had no words," she said. "It was overwhelming, my head was empty. The only thing going through my mind was thank you for everything.

"I ran over the finish line and my kids and my husband were there ready to hug me, and Emilia and Victor they made a big sign saying, 'You are awesome mum!'

"I just started crying -- it was the best day of my life. I have a lot of those but it's going into history."

As you might have guessed, her marathon year isn't the limit of Fredskov's ambitions, and another assignment is already in the pipeline.

"My next challenge in the running shoes is completing five marathons in 48 hours," she reports.

Read: Haile Gebrselassie - I will run until I die