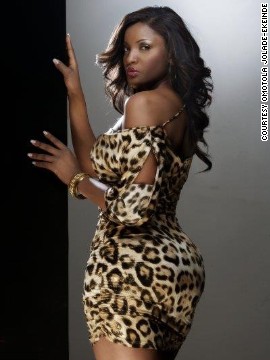 Actress, singer and activist, Omotola Jalade-Ekeinde is a leading Nollywood actress with some 300 films under her belt. 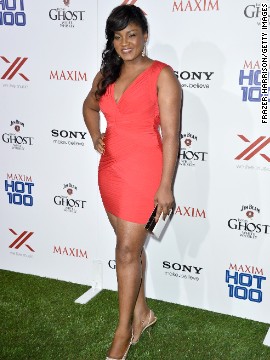 The glamorous celebrity uses her stardom to speak out about social issues affecting various African countries. Last year, she was named as one of the top 100 influential people in the world by Time Magazine. 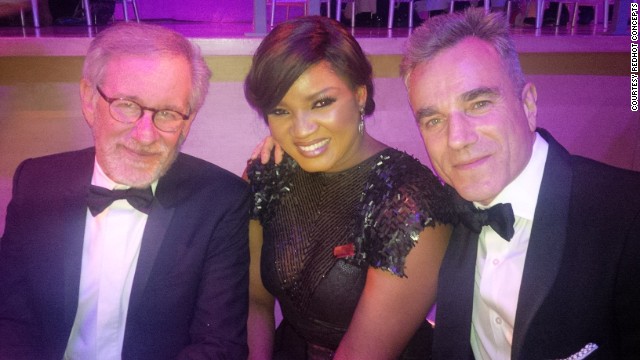 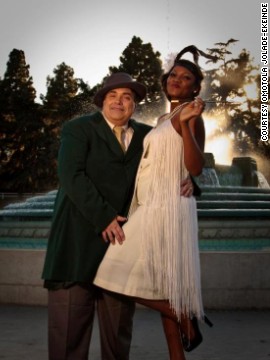 Known as "Omosexy" by her fans, Jalade-Ekeinde is a beloved icon of Nigerian showbiz -- her Facebook page has surpassed 1 million likes. 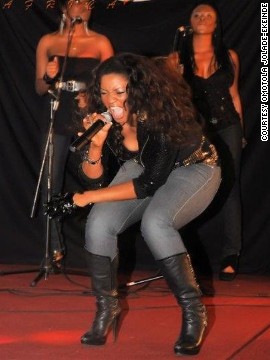 Jalade-Ekeinde also has a successful singing career, motivated by her work as an activist. 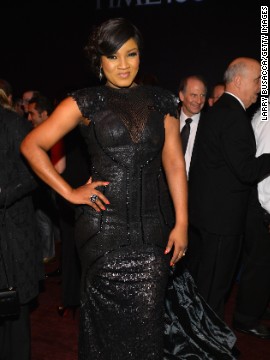 (CNN) -- Omotola Jalade-Ekeinde is known as the Queen of Nollywood, Nigeria's booming movie industry. Since her 1995 film debut, the actress has appeared in some 300 movies, selling millions of videos and establishing herself as a Nollywood icon.

A prolific film siren, Jalade-Ekeinde has also carved out a successful career as a singer and reality TV star. But there's more to Nigeria's beloved celebrity than her glittering entertainment career. Here are 10 things to know about Jalade-Ekeinde.

She's an icon: Last year, she was named as one of the top 100 influential people in the world by Time Magazine, in the Icons category. "I think that's what gives me more satisfaction," she says. "The fact that I wasn't just recognized as an artist but as an icon -- I'm very grateful for it."

She is an activist: Jalade-Ekeinde uses her stardom to speak out about social issues affecting various African countries. An ambassador for the United Nations and an activist with Amnesty International, Jalade-Ekeinde has been on missions to Sierra Leone and Liberia.

She's a family woman: Jalade-Ekeinde is married to an airline pilot and is a mother of four children.

The story behind "Omosexy:" Her popular nickname, "Omosexy," was given to her by her husband -- and it has caught on. "That's my husband's pet name for me," she says, "and the fans love it and now people call me Omosexy almost more than Omotola."

Her fans love her: Jalade-Ekeinde has amassed a large following -- in 2013, her Facebook page has surpassed 1 million likes. Today, it's 1.2 million, and counting ...

Her road to stardom was paved with childhood tragedy: Jalade-Ekeinde lost her beloved father in her early teens. She started working at 15 to help support her family, her first job being a model.

Her mother didn't like the idea of her young daughter acting and initially forbade Jalade-Ekeinde from doing so. Finally, she gave in after a film director, joined by the entire movie crew, went to her house to beg her to allow Jalade-Ekeinde to appear in the "Venom of Justice" movie.

She is part of "New Nollywood:" Keen to improve the quality of Nollywood movies, Jalade-Ekeinde is now building a film studio -- what she calls a "Village." "I've come to a place where I realize I have to leave something," she says. "I have to have a legacy.

"We need infrastructure; that's what we need now in Nollywood. We have the fans, we have the figures, we have people chanting and calling your name but we don't have infrastructure ... We need studios, we need film villages we need schools and that's exactly what I'm doing right now."

Cameras follow her around: Besides gracing the covers of several lifestyle magazines, the leading actress is also the first Nigerian with her own reality TV show, "Omotola: The Real Me."

She can sing too: Jalade-Ekeinde always loved music but decided to launch her singing career after she became an activist and started working with the U.N. World Food Programme. "I started going on all these missions and I came back and I saw so much I wanted to sing about it," she explains. "I've always wanted to sing all my life anyway, but that was the motivation I needed."

Read this: 10 things to know about Lupita Nyong'o

Read this: Netflix of Africa' brings Nollywood to world

Read this: Jeta Amata - 'I am Nollywood'