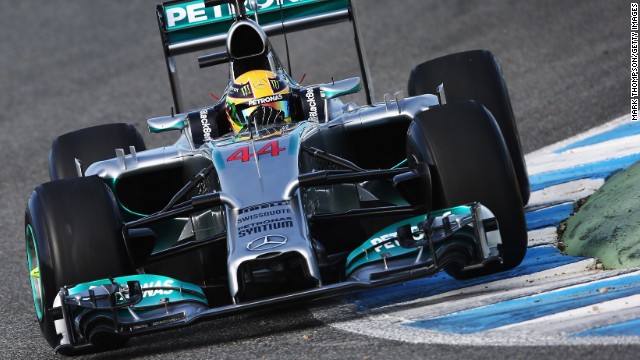 Mercedes is running a message of support for Michael Schumacher on its 2014 Formula One car. The Mercedes, piloted by Lewis Hamilton, was the first 2014 car to take to the track as winter testing opened in Jerez, Spain. 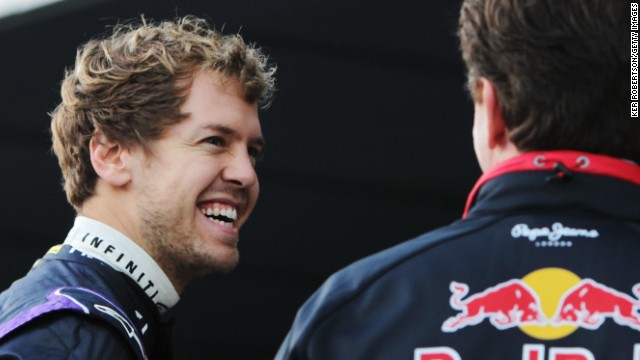 It's back to work for Red Bull's Sebastian Vettel, who is chasing a fifth world title when the F1 season begins in March. 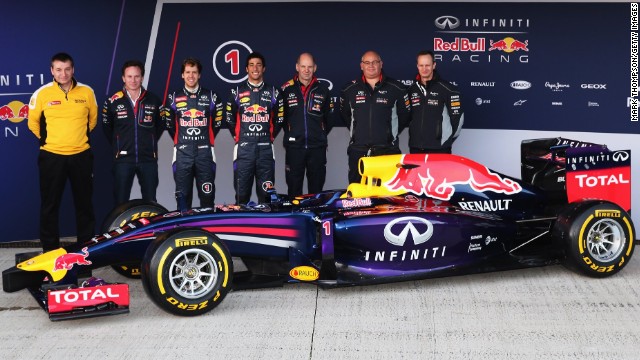 Team Red Bull launches its new car at the Jerez track in Spain on the morning of the opening winter test, when teams find out if their new cars are fast and reliable. 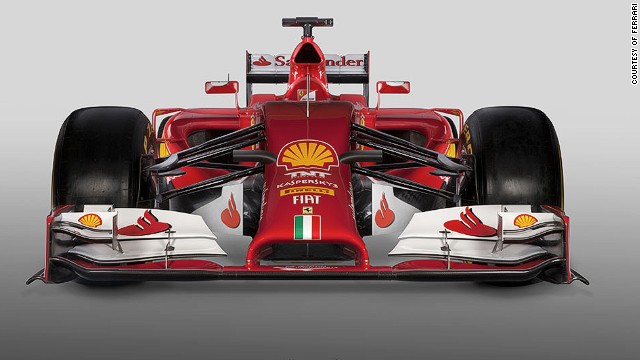 Ferrari unveiled their latest F1 car -- the F14 T -- on Saturday. The Italian team is also running a message of support for Schumacher on its livery. 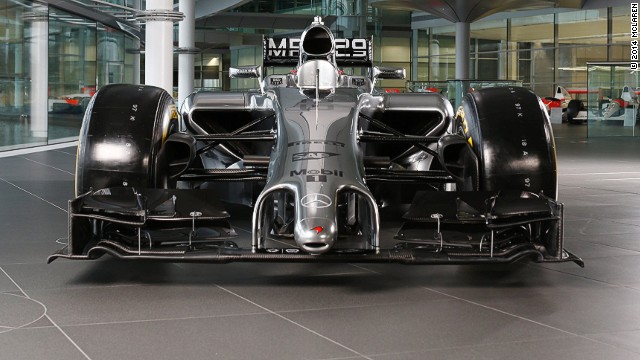 British F1 team McLaren have also declared their hand, revealing the MP4-29 at their Surrey base on Friday. 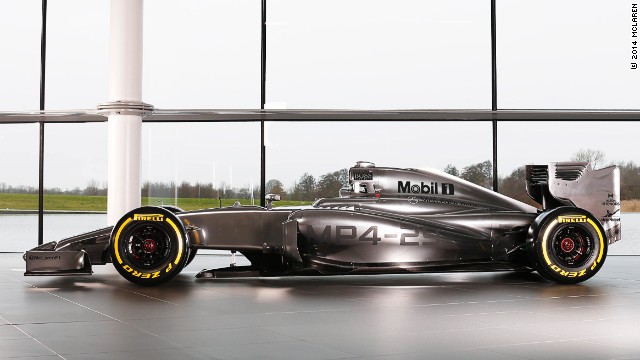 A sideview of the MP4-29 which will be raced by 2009 world champion Jenson Button and rookie Kevin Magnussen. 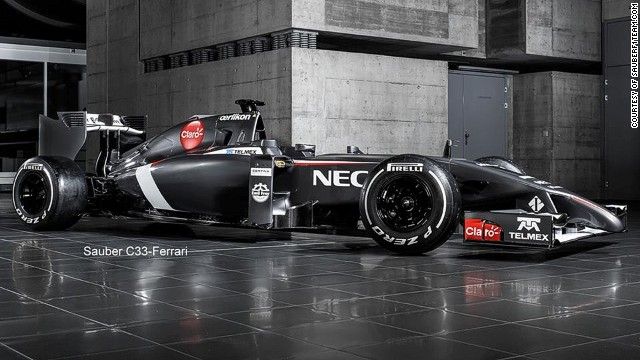 (CNN) -- Formula One may be entering a new era in 2014 but the Mercedes and Ferrari teams chose to pay homage to the man who remains the benchmark for the sport on the first day of pre-season testing.

Seven-time world champion Michael Schumacher, who finished his career with Mercedes in 2012, remains in hospital in a medically-induced coma after a skiing accident at the end of December.

The new Mercedes car -- the first 2014 car out on track Tuesday at the Jerez circuit in Spain -- ran with the message "Keep Fighting Michael," on its silver livery.

We have a very special message on our car this week in Jerez. Join the support #KeepFightingMichael pic.twitter.com/hepCGmJUqH

The Ferrari team, who Schumacher raced for between 1996 and 2006, also showed their support for their five-time world champion in Spain.

On the eve of the first day of winter testing, the team's crew posed with a pit board showing the message "Forza Michael" while the new F14-T scarlet racer made its track debut in Jerez with the same words of encouragement.

Ferrari plan to post 72 messages of support for Schumacher on their website to represent each of his wins with the Italian team.

On Tuesday, the team published a note from Niki Lauda, who won two world championships for Ferrari in the 1970s, which read: "Michael, every day I follow your improvements and every day I am close to you. I hope I can speak to you very, very soon!"

Can Caterham secure points in 2014?

Schumacher is stable but remains in a coma at the Grenoble hospital as he fights the effects of a serious head injury, sustained in a skiing accident at the French Alps resort of Meribel on 29 December.

His family have said the messages of support have given them strength but they have also asked for privacy from the clamoring media interest in his condition.

Many dedicated motorsport journalists have turned their attention to Jerez, where 10 of the 11 F1 teams are due to trial their new look cars on track and put this season's major rule changes to the test.

Sebastian Vettel, with the help of new Australian teammate Daniel Ricciardo, unveiled the new Red Bull that he hopes will power him to a fifth straight world title.

"The car looks very different," Vettel told reporters. "There's a lot going on, the technology behind it is very complex."

F1 has ripped up the rulebook for the 2014 season, which opens with the Australian Grand Prix on 16 March.

The cars are now powered by 1.6-liter V6 turbo engines which also rely on a greater use of hybrid energy -- recovered through braking and from the car's exhaust gases.

With so many major changes, Red Bull team boss Christian Horner, speaking to the media in Spain, warned: "I think it's dangerous sometimes to be over confident that you have all the elements in place for the start of any season.

"But you can't take anything for granted - Formula One, like any sport, can be unpredictable at times."

At the end of the opening day of the test, Vettel had ticked off just three laps in his brand new Red Bull and did not set a fastest time.

"It was difficult to get an impression of what the new car is like," Vettel told reporters. "We weren't quite ready this morning and things took a little bit longer than expected. It was impossible to get a feeling for it today."

Jenson Button, the 2009 world champion, didn't get to take his McLaren out of the garage for a spin after the team's progress was hampered by electrical issues.

Ferrari set the fastest time of the day with their returning 2007 world champion, Kimi Raikkonen, at the helm just outpacing the Mercedes of Lewis Hamilton, who set a lap time of one minute 27.80 seconds.

"From a driving point of view, I didn't feel any amazing difference, although it's much too early to give an opinion on this," Raikkonen told the Ferrari website. "Overall, we can say it was a good start."

Hamilton was also pleased with his first day at work, despite crashing his Mercedes after just 18 laps. The team later explained that the car had a front wing problem.