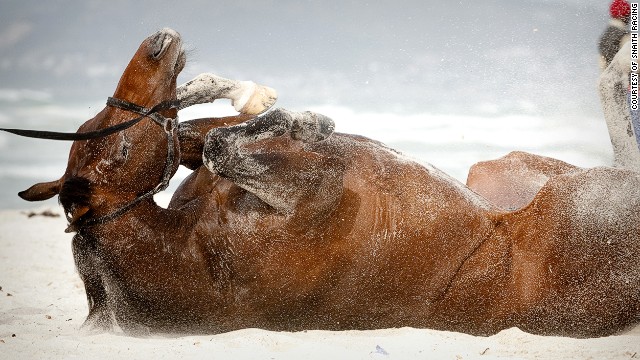 South African trainer Justin Snaith routinely takes his horses down to the beach in Cape Town. "It's the ultimate exercise for both their mind and body," he says. 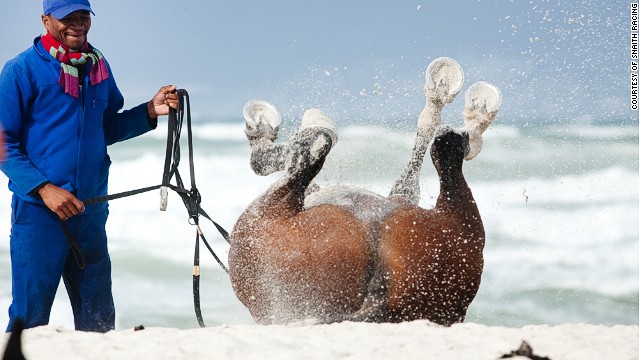 A trip to the beach helps the horses relax before a big race weekend. 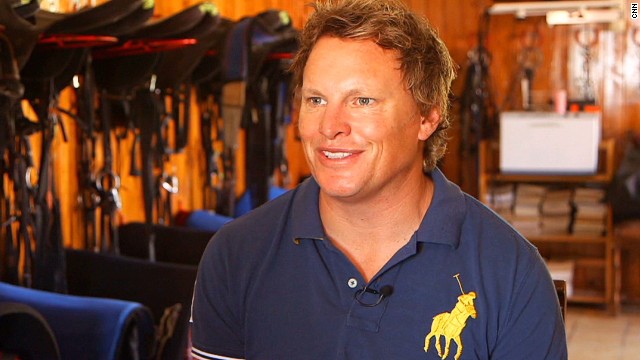 Snaith has enjoyed a highly successful career since becoming a trainer 14 years ago. The 39-year-old recently smashed the South African record for most wins in a season, training 198 winners in 2013. 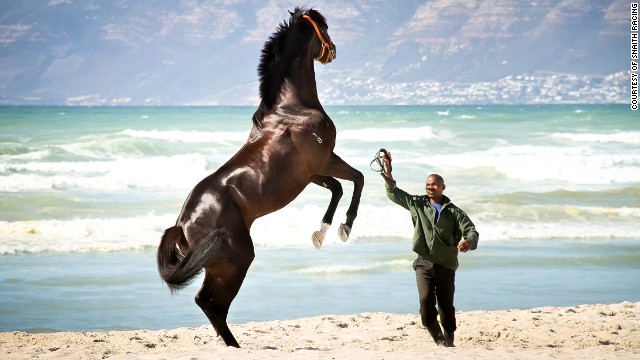 Snaith also set a new national record for most wins in a day, taking out an unprecedented seven successes at Fairview Racecourse in Port Elizabeth. 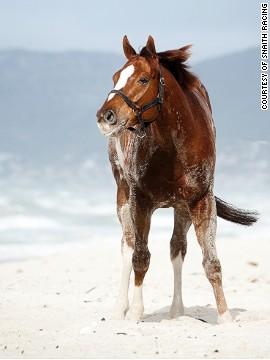 "It's quite clear that when they arrive at a racetrack that they're relaxed and that they're ready to just give everything they've got," Snaith said. 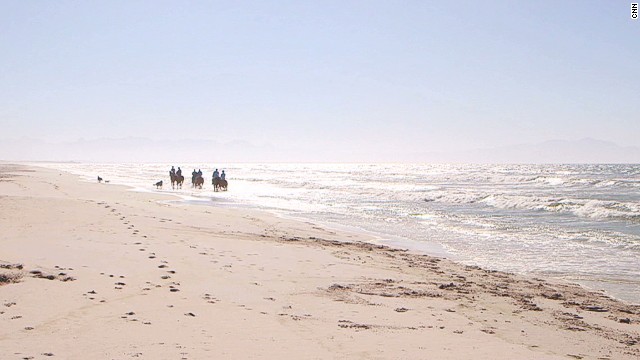 "They're hard to get past in a race, and it makes me so proud, it makes me come here earlier the next day, and really just make them feel as comfortable as they can," Snaith says. 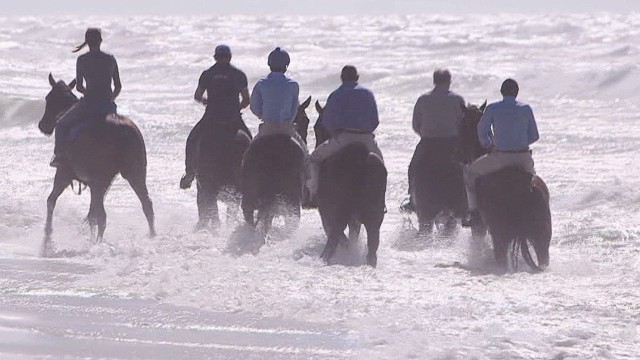 It's all about giving the horses what they need, he says, whether it's splashing around in the waves or pottering around in paddocks with their mates. 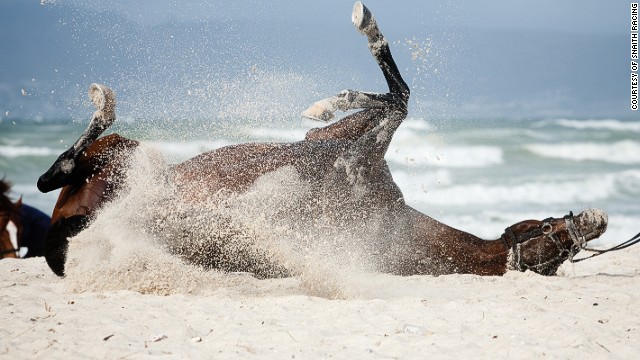 "A happy horse is a good horse," Snaith says. 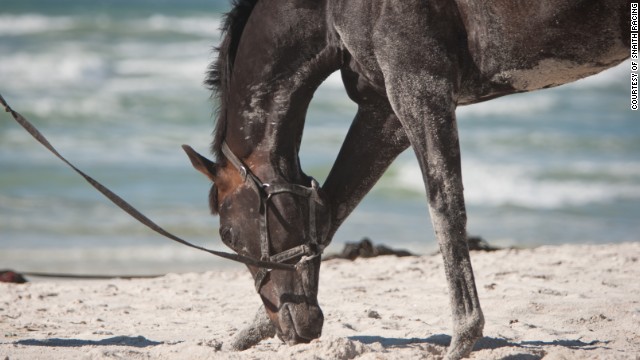 "It takes a lot of energy to be a good race horse," Snaith says.
HIDE CAPTION
Sun, sea and turf
Bottoms up!
Champion trainer
Riding high
Relaxation on the hoof
Ocean therapy
Riding the ocean waves
Fun and games
Horses for courses
<<
<

(CNN) -- Life's a beach for some of South Africa's best horses.

Trainer Justin Snaith says a day at Cape Town's Muizenberg Beach provides the perfect workout for his thoroughbreds before they tough it out on the turf.

"This is the ultimate exercise, for both their mind and body," Snaith told CNN's Winning Post show.

"You take them down to the beach and for the first few strides they do their normal routine, which is either to be difficult or pull, and next thing you just watch them take a breath and they just totally relax.

"They certainly get hypnotized by the motion of the water, because you actually find you feel they start leaning as the water starts either going forward or back. All of a sudden you have this horse that is just so relaxed and at the same time, he's getting the advantages of this lovely clear fresh seawater."

The formula clearly works. Since starting his career 14 years ago, Snaith has followed in the footsteps of his father Chris and become one of the country's most successful trainers.

Last year, he trained 198 winners, smashing the previous South African annual record of 174. The tally included an unprecedented seven winners in a day at Fairview Racecourse in Port Elizabeth.

With 40 kilometers (25 miles) of white sand stretching along Cape Town's Atlantic peninsula, Muizenberg is popular with surfers and the odd shark as well as its equine visitors.

It's all part of a routine that helps the horses arrive at the track relaxed, ready to race and able to "dig that little bit deeper," Snaith says.

He has 38 runners lining up in 12 races at the J&B Met at Cape Town's famous Kenilworth Racecourse this Saturday, with Jet Explorer his contender in the main race.

The six-year-old picked up a minor leg injury at an exhibition gallop recently, but a bit of ocean therapy has helped speed up his recovery.

"When horses pick up certain injuries, or even mentally need a break, the ocean is by far the most superior thing I've ever seen, and it just gives them that day to just get their heads together, or get a little bit of infection out of their leg," Snaith says.

"One walk in the ocean and you've got a healed horse."

It's all about giving the horses what they need, the 39-year-old says, whether it's splashing around in the waves or pottering around in paddocks with their mates.

"A happy horse is a good horse," he says.

"I only ask for one thing in return, that when those pens open and the starting gates open and those horses get running, that they give of their best, and as it stands now we seem to have a great agreement."

Watch: Passion and dash at the races