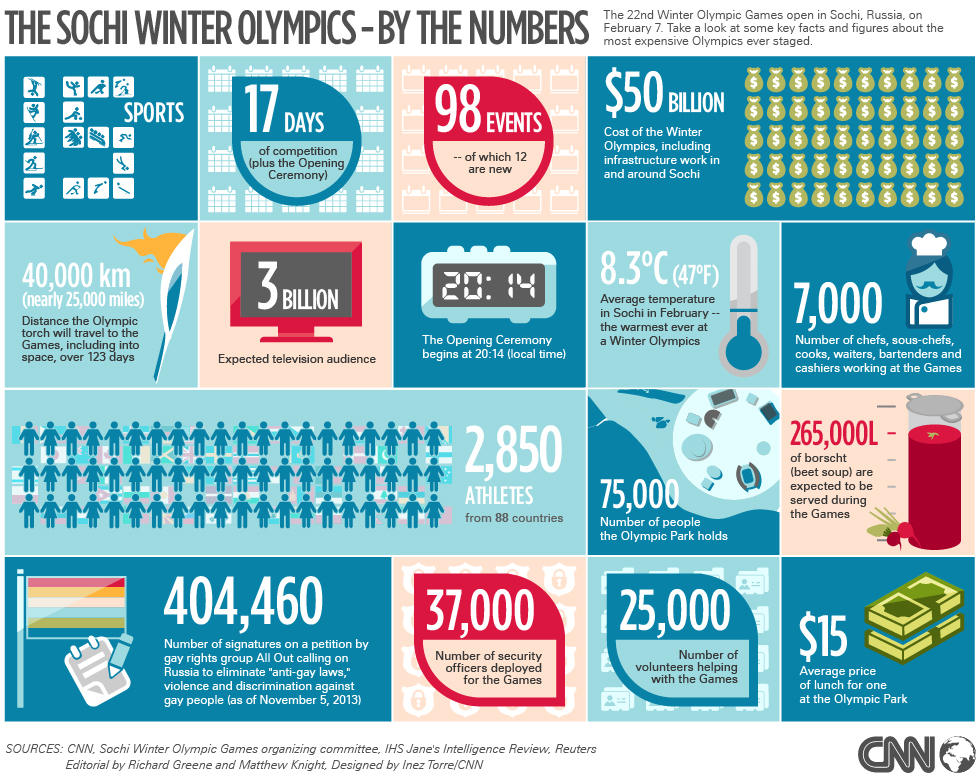 (CNN) -- When Russia bid to host its first Winter Olympics back in 2007, the document quoted an expected cost of around $12 billion.

However, as the extensive renovation of the city of Sochi has unfolded in the years since successfully winning the rights to stage the Games, that number has ballooned to around $50 billion -- more than four times over budget.

It will be the most expensive Olympics yet, surpassing Beijing's 2008 Summer Games.

The Russian government says that much of this has been sunk into infrastructure -- upgrading travel links such as airports and train stations, building new roads, houses, hotels and conference centers and providing the other necessary utilities to welcome thousands of visitors.

According to both President Vladimir Putin and his predecessor, the present Prime Minister Dmitry Medvedev, the "sports-related" costs have come to about $6.4 billion.

This has largely come from building 10 competition venues, both down on the Black Sea coast in Sochi's Olympic area and up in the mountain cluster in Krasnaya Polyana -- which not long ago had just one ski lift.

The Games will launch with the February 7 opening ceremony at the $600 million Fisht Stadium, which will not host any sporting events but will close the Olympics two and a half weeks later.

The arena will then be used by Russia's national football team and will host matches at the 2018 World Cup with an expanded capacity of 45,000.

Read: Inside Sochi 2014 - Explore the venues