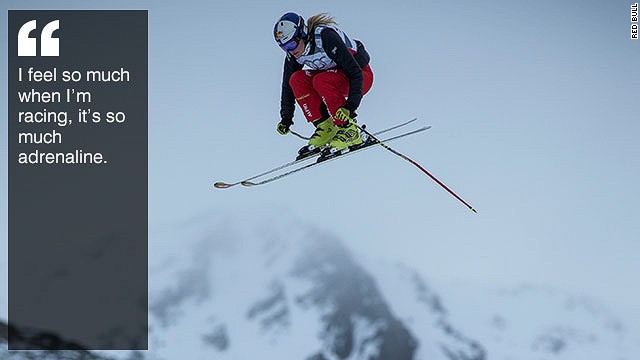 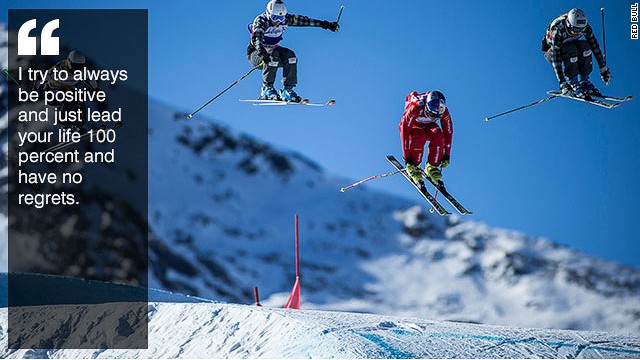 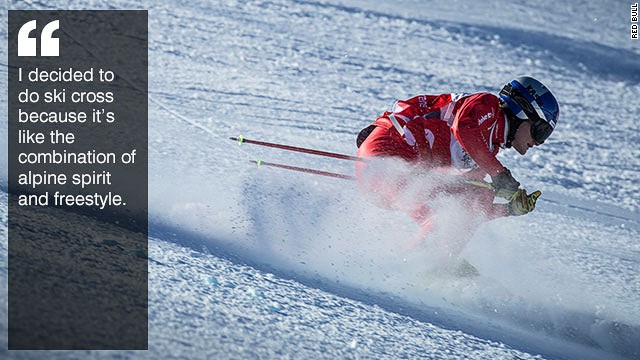 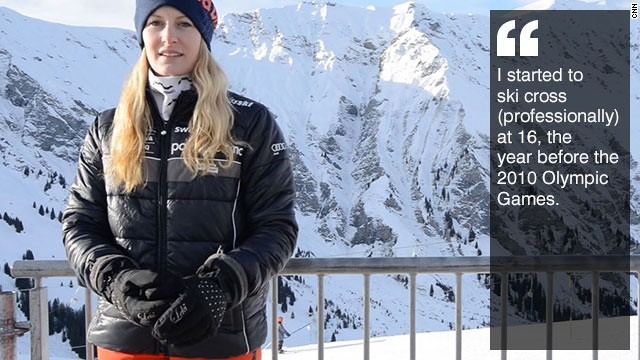 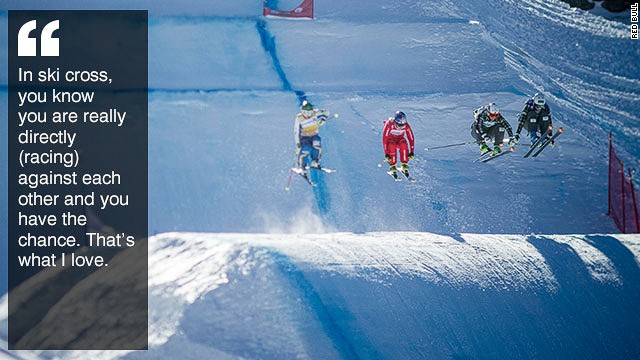 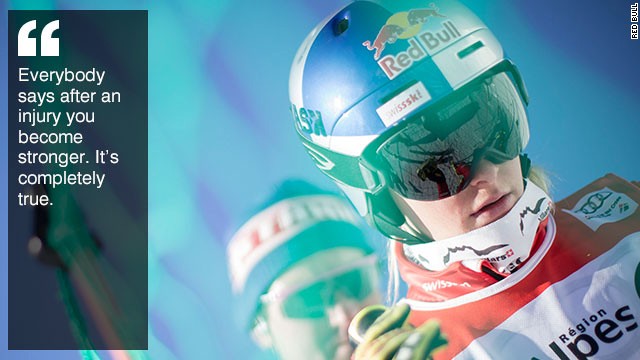 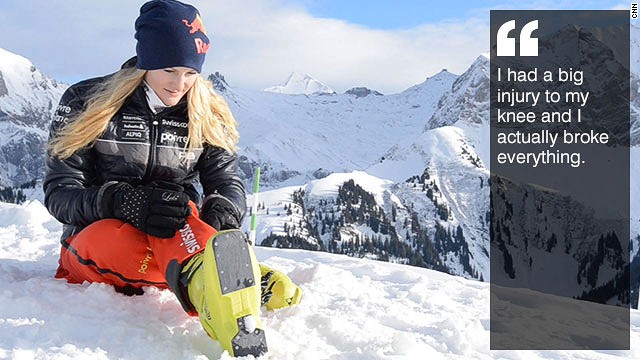 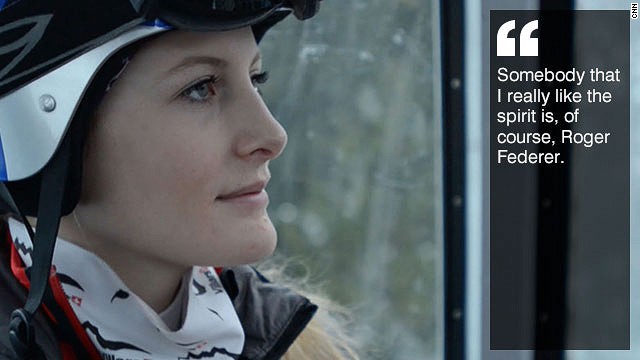 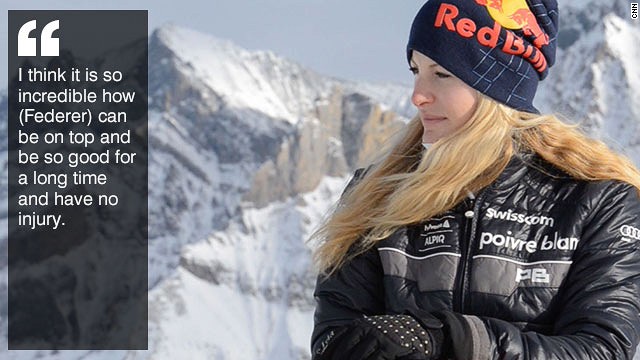 (CNN) -- When Fanny Smith lines up at the start gates in Sochi later this month, she will do so with form and, perhaps, the fates in her favor.

As the reigning women's ski cross world champion, the 21-year-old will be one of the favorites for gold, but it's a minor miracle that she is racing at all.

In December 2011, at the start of the World Cup season, the Swiss athlete suffered a serious knee injury.

There was worse news to come when the knee surgeon walked into her room following the operation.

"He said, 'Fanny, I think you can't ski anymore. I think racing is finished for you," she recalls.

It was a brutal assessment, but it didn't deter Smith -- who used it as the catalyst for the start of a remarkable recovery.

"I was so upset. But in my head I said to myself, 'You will see next year and shut your mouth!' "

Eleven long months followed but, with the help of staff at the University of Lausanne, Smith's defied her doctor's predictions, returning to action with renewed vigor at the start of the 2012-13 season.

"Everybody says, after an injury you become more strong. It's completely true. After my injury was the best season of my life," she says.

Smith won the first three races of the year and four overall. With a total of six podiums from 10 starts, she cruised to her first ski cross World Cup title before capping her incredible comeback with gold at the world championships in Voss, Norway last March.

"You know, being world champion is something on one day, so that's really, really tough. But to win the other cup, the Crystal Globe (the prize for the top ranked ski cross racer throughout a season), it's like you've been carrying on your good races, race after race. So it's more satisfying," she says.

Ski cross -- a madcap race between four skiers over a narrow 1,000-meter course containing turns, jumps and bumps -- made its debut at the 2010 Winter Olympics, seven years after it became an official International Ski Federation discipline.

"I'm not old, but it feels like when you are a kid and you race your friends to the car -- the first to this, the first to that. In ski cross, it's actually completely that, it's who comes down first," Smith says.

The surgeon came into my room and said: 'I think racing is finished for you.' I was so upset. But in my head I said to myself: 'You will see next year and shut your mouth!'
Fanny Smith

She strapped on her first set of skis at the age of two, growing up on the slopes of Gryon and Villars in the Swiss Alps, and tried ski cross for the first time when she was 12.

"I fell in love with the sport," she says. "It was the perfect combination of what I like -- alpine spirit and freestyle. You have so many things to do."

Are your kids potential future Olympians? Send us your pictures

In 2006, aged 14, she won a place at a Swiss sports school in Brig-Glis -- a popular destination with winter sport athletes -- and it wasn't long before she began seriously thinking about becoming a professional ski crosser.

"The first time I actually decided I wanted to ski cross was at a race in Switzerland. It was the day (November 28, 2006) that ski cross was accepted into the Olympic Games in Vancouver," she says.

Switzerland had a ski cross team at that time but it was impossible for Smith to commit full time.

"I was almost the youngest girl to start ski cross -- they couldn't carry me. I had no driving license and my parents worked so they couldn't drive me everywhere," she said.

Undeterred, her father set about finding sponsors and a trainer, and by the time she was 16 Smith was part of the Swiss national team. A year later in 2009, she entered her first World Cup race. It wasn't all plain sailing.

"I broke a tooth so, you know, it was fun. I was laughing and I was like so happy with a big smile. My dad said, 'Are you okay' and I was like, 'Yes! I love it! I want to continue."

With her gleaming smile restored, Smith didn't have to wait long before she had secured her first podium. A second place at a World Cup event in Lake Placid in January 2010 was followed by a maiden victory at Innichen/San Candido, Italy the following December.

In between those results, a 17-year-old Smith skied to a seventh place finish in Vancouver -- but fast forward four years and she will be gunning for gold at Sochi Rosa Khutor Extreme Park when the women's ski cross starts on February 21.

"I think the big pressure is from the media and your country and after for me," she says. "I'm just trying to, you know, be myself, enjoy the present moment of being in the Olympic Games and do my best."

Extreme by name and extreme by nature. The #skicross and #snowboardcross course will be home to some epic battles! pic.twitter.com/MfFIsq1aZF

Surprisingly, for someone who has spent half a lifetime up a mountain, she draws inspiration from a sporting hero who hails from lower altitudes.

"I really like the spirit of Roger Federer. It's not because he's Swiss, it's just because I think it is so incredible how he can be at the top and be so good for a long time and have not so much injury," she says.

"He needs to know his body so well. When he's old he will have a good body and not be in pain. So, I think he's someone who's done everything right."

Much like the great tennis champion, Smith, it seems, manages to combine a competitive edge -- "I like to win" -- with a more relaxed outlook on life away from the frantic twists and turns of the ski cross circuit.