Sochi 2014: Why does the Winter Olympics matter? 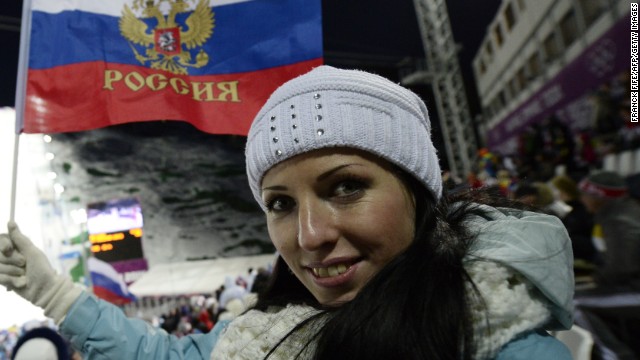 Sports fans have had plenty of exciting action to cheer at Russia's first Winter Olympics. 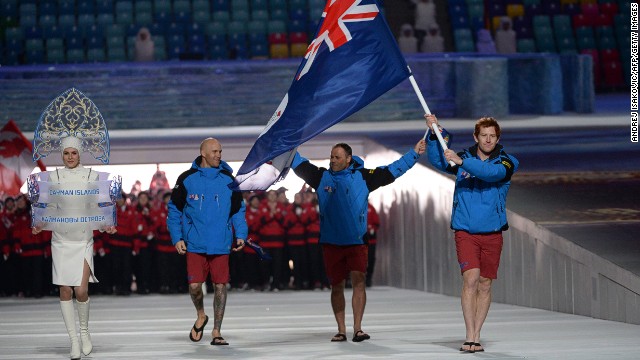 "It's a great honor to represent my country and there's a great sense of pride when everyone back home sees the Cayman Island flag," says skier Dow Travers, who had the honor of leading his tiny nation's delegation at the opening ceremony. 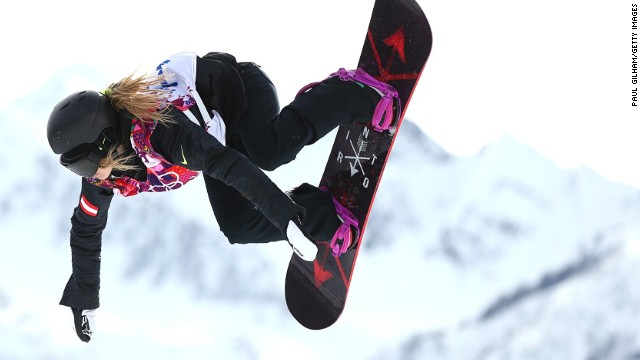 "It was the best feeling just to compete even though it didn't work out the way I wanted," says Austria's Anna Gasser, who qualified fastest for the women's snowboard slopestyle final but finished 10th after suffering two falls and a false start. 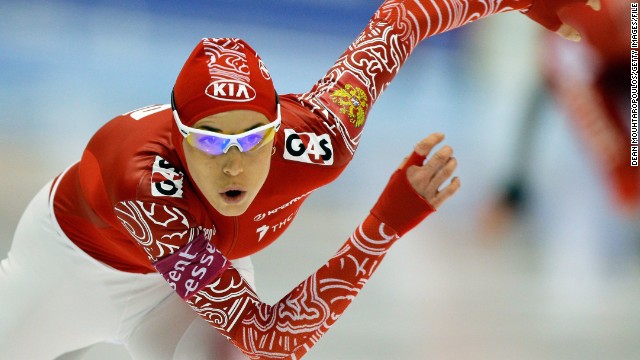 "This will be vital to help popularize the kind of sport I participate in across my country," says Russian speed skater Ekaterina Lobysheva. "We used to be very good in these disciplines but did not always have the places to train or to compete in, but now we do!" 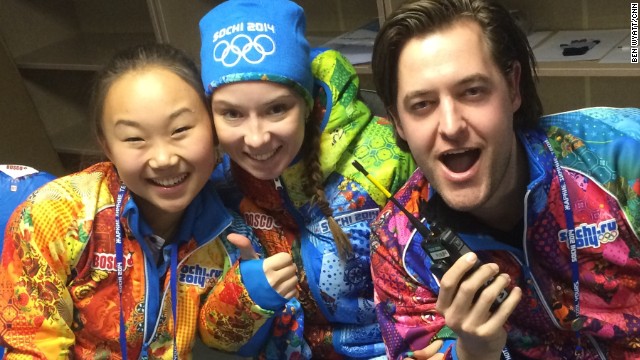 "This has been such a great opportunity for us," say unpaid volunteer workers Sarana, Ksenya and David. "It's been great to meet so many new people." 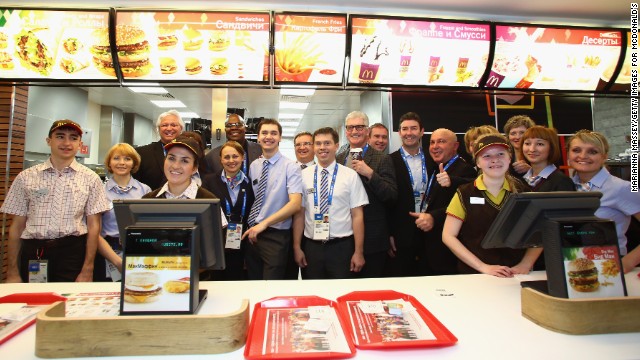 "Sport crosses boundaries and there are very few truly global opportunities, but the Olympics is absolutely one of those," says Steve Easterbrook, McDonald's global chief brand officer of Sochi 2014 partner McDonald's. 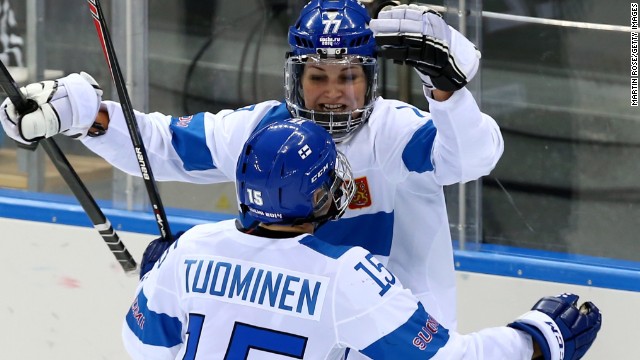 "In Finland women's ice hockey is not that popular at the moment, so this will really help to inspire people to get interested in the sport," says Susanna Tapani, here celebrating with teammate Minnamari Tuominen after scoring a goal against the U.S. in a preliminary round Group A game.
HIDE CAPTION
Sochi on show
National pride
Taking part
Revitalizing Russian sport
Coming together
Olympic partnerships
Inspiring people
<<
<

Sochi, Russia (CNN) -- Why does Sochi 2014 matter? It's a question worth asking given we're thick into the action of the 22nd Winter Games.

Maybe you're debating whether to engage, considering the need to consume, or assessing why you should pay attention to the festival of winter sports taking place in Russia?

If so, maybe these 10 reasons will warm you to the event that just loves to be in the cold:

Sarana, Ksenya and David - Sochi 2014 unpaid workers: "Russia could really use a reputation boost, its doors are open. This has been such a great opportunity for us, I'm from Holland (David) and I'm from the far east of Russia (Sarana), so it's been great to come together and to meet so many new people, to meet new friends."

Dow Travers, skier Cayman Islands: "I think it matters because of the camaraderie of the nations who come together and compete in events where human effort prevails, it's all about human spirit. It's a great honor to represent my country and there's a great sense of pride when everyone back home sees the Cayman Island flag. It proves that things can be accomplished even if you're from a small Caribbean island."

Anthony Edgar, head of Media Operations, International Olympic Committee (IOC): "If we went back to the bid and look at what Sochi presented, with the breakup of the Soviet Union we had a country which had won more Olympic medals than any other nation that all of a sudden had nowhere to train. They had to hold their own national championships in other countries!

"The Russians said they planned to bring world-class facilities back to Russia, to build a university in Sochi, so athletes could train in the best way and help them become the premier nation in winter sports once again, and they would do this regardless of whether they won or not. You look at the Park now and the university that's been built and they've come through on every one. That's why I think it's important."

Susanna Tapani, women's ice hockey player, Finland: "It's my first Olympic Games so I'm very excited to be competing on the biggest stage there is for sport! In Finland everyone watches the coverage but women's ice hockey is not that popular at the moment, so this will really help to inspire people to get interested in the sport and to take more notice."

Helene St. James, sports journalist, Detroit Free Post: "I think it's great, just like it was with Beijing, when a fairly opaque country gets cast into greater transparency. I think there's been a lot more attention on human and gay rights in Russia. They haven't been able to hide because of all the attention the Games brings from all of the world's media.

"It matters because Russia will feel it helps the way they'll be perceived but there are also other governments and human rights organizations that will be hoping the attention will help change internal issues for the better."

Ekaterina Lobysheva, speedskater, Russia: "I'm just so happy that we have an Olympic Games in my country. The last time we hosted was in Moscow in 1980 but that was the summer version.

"Sochi is the first time we've hosted the winter version and I think this will be vital to help popularize the kind of sport I participate in across my country. We used to be very good in these disciplines but did not always have the places to train or to compete in, but now we do!"

Daniel Pressberger, school teacher, Los Angeles U.S.: "It's about peace and getting together with a bunch of people, being out and about, being alive, getting up off the couch and doing something. I've only been to 14 Olympics and so far I think Sochi is great, the people are very nice, things are either finished or nearly finished. I have no hotel issues because I'm staying with a family here.

"It matters because ... if you can get away from where you are and go somewhere else, it's better to do something than stay home and do nothing -- get up and do something!"

Steve Easterbrook, McDonald's global chief brand officer: "Sport is one of the great convening powers in society. Our association with Sochi 2014 allows us to bring access to the event to our customers. Sport crosses boundaries and there are very few truly global opportunities, but the Olympics is absolutely one of those.

"We do business in 120 countries and the reality is that all those countries participate in the either the Summer or the Winter Games. We want to be relevant to our consumers and we see the interest, country by country, in the Olympics as a democratizing force.

"Aspire to being the best, being inclusive, doing things in the right spirit -- the Olympic ideal has that ethos running through it and we feel that's a spirit we share. If it matters to our customers it matters to us.

Anna Gasser, women's slopestyle snowboarder, Austria: "It was the best feeling just to compete even though it didn't work out the way I wanted (Gasser finished 10th in her event despite being a pre-final favorite). It's the first year that slopestyle has been part of the Olympics and everyone knows it's a dream come true if you can go to the Games and compete against the best in your sport.

"It really mattered to me to represent my sport and to fight it out with the best girls. A lot of people wonder, 'What is this sport? Sliding on rails and getting hurt a lot?' but now it is getting popular. They even showed it live in Austria, which is traditionally skiing heartland!"

Ben Wyatt, CNN reporter in Sochi: Few sporting tournaments combine the danger, death-defying heights, break-neck speeds and requirement of bravery like the Winter Games. From the ski jump, to the skeleton, bobsleigh to the speed skating, puck slap shots to snowboard acrobatics this is about athletics exaggerated by its environment and climatic context to amazing effect.

"Nearly every event is laced with adrenaline. Even if you're not a sports fan, can you really stay unmoved by the audacity and adventure shown by the competitors? It makes your armchair all the more safe and comfortable as a result."