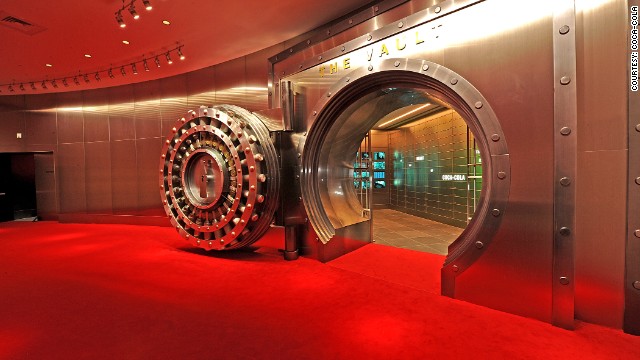 Coca-Cola claims its formula is the "world's most guarded secret." The recipe, the company says, is now kept in a purpose-built vault within the company's headquarters in Atlanta. 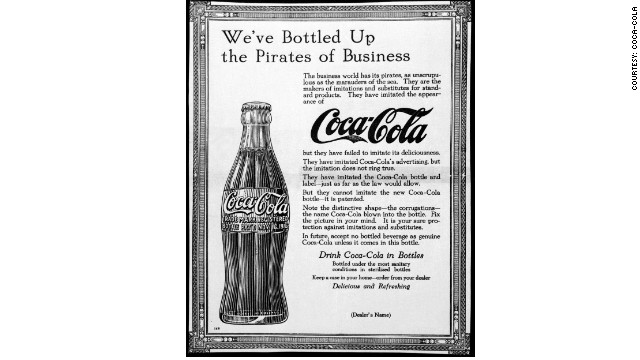 Trying to copy Coke and crack the secret formula? Beverage makers have been trying to do that for over a century. Pictured here is a 1915 advertisement warning Coca-Cola drinkers about its "pirate" competitors. 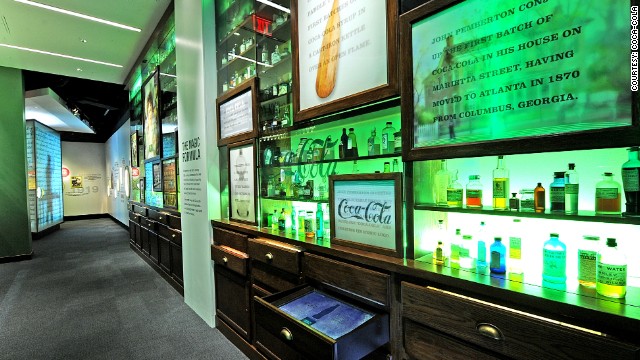 The vault itself is surrounded by an exhibition themed all around the secrecy. 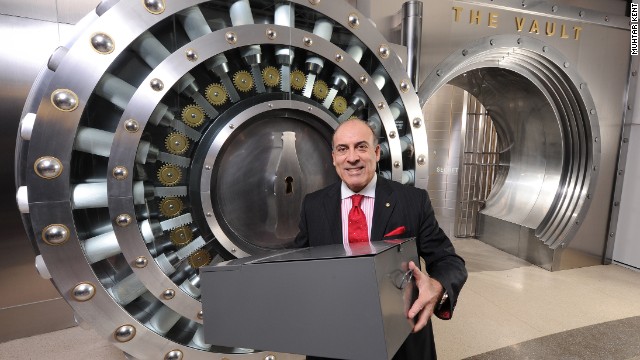 Muhtar Kent, the company's chief executive officer, shows the box containing the recipe, before it's placed inside the multi-million vault. 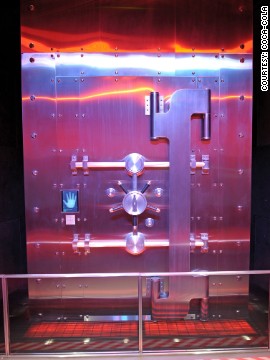 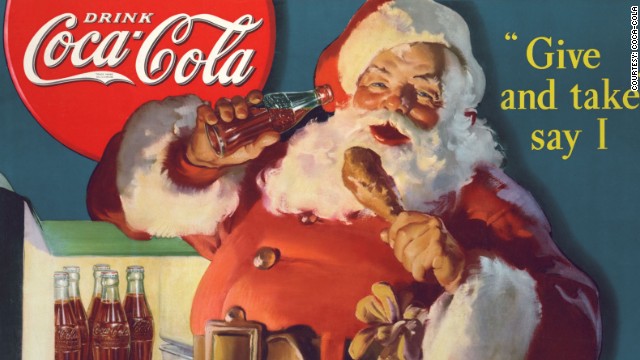 Have you heard the one about Santa Claus wearing red coat because of Coca-Cola ad? Well, according to the company, this is a myth. Before the Coca‑Cola Santa was even created, St Nick had appeared in numerous illustrations and written descriptions wearing a scarlet coat. This 1937 advert shows Santa Claus raiding the refrigerator. 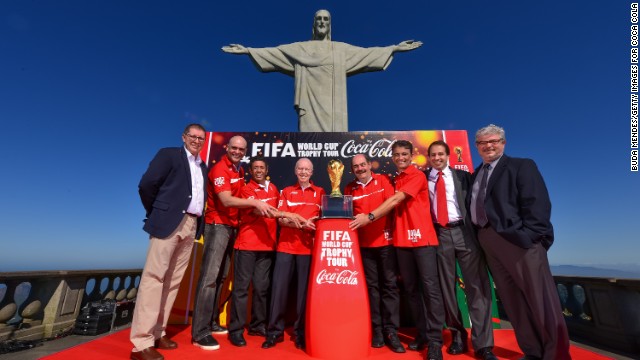 Coca-Cola is dominant in the world beverage market and has huge sponsorship deals -- like its decades-long partnership with FIFA. 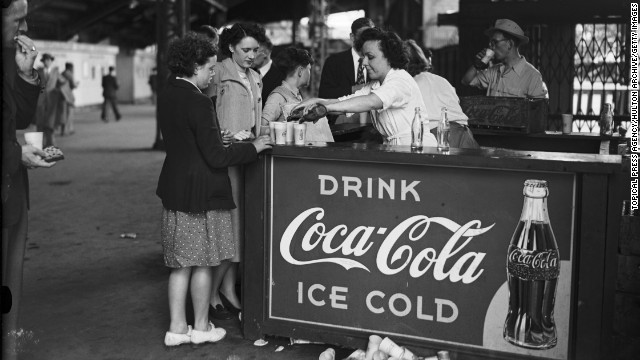 The drink company also has a long-standing partnership with the Olympic committee. Pictured here is a Coca-Cola stall at Wembley Stadium during the 1948 Olympic Games in London. 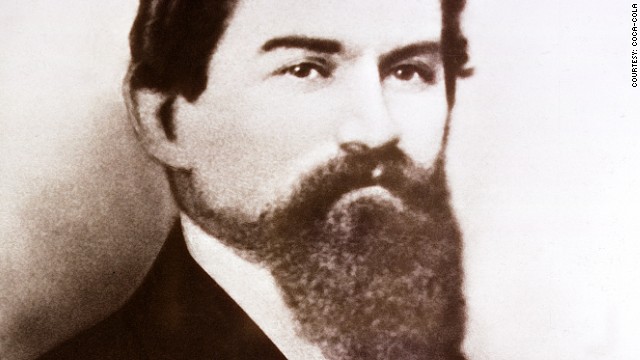 London (CNN) -- Coca-Cola -- the world's ubiquitous brown fizzy drink -- is staying afloat as the soda market shrinks, and many point to a marketing strategy around the so-called "secret recipe" as key to its resilience in a struggling industry.

The Coca-Cola Company, which published its full year result Tuesday, recorded a 5% drop in net income to $8.6 billion last year, down from $9 billion in 2012, as it faced "ongoing global macroeconomic challenges," according to its chief executive Muhtar Kent.

Volume grew 2% for the year, which it said was "below our expectations and long-term growth target," with sparkling beverages recording a slight increase of 1% -- led by Coca-Cola.

Globally, soda drink sales have been shrinking as consumers turn to water, fruit drinks and healthier alternatives. The trend has hit Coke and other market players such as PepsiCo and Dr. Pepper. And while its primary competitor, PepsiCo, depends on its snack business to buoy the declining soda sales, Coke announced further investment into its marketing.

The business of the World Cup

In a tough market, one strategy that brand experts credit Coke's relative strength with is the mystery around the much-hyped "secret recipe."

"The very idea of mystery attracts attention, and is often seen as an element of quality," says social psychologist and marketing expert Ben Voyer, lecturer at London School of Economics and ESCP Europe Business School. "A typical consumer would think that it must be a valuable product if they are doing all these things to protect the recipe."

Coca-Cola's "secret recipe" story -- on which it has centered advertising campaigns and built into its corporate museum --- reaches back nearly a century. According to the multi-national's website, the original recipe was only written down in 1919, more than half a century after a reported morphine addict and pharmacist John Pemberton invented the drink in 1886. Until then, it was passed down by word of mouth.

The formula was finally committed to paper when a group of investors led by Ernest Woodruff took out a loan to purchase the company in 1919. "As collateral, he provided a written record of the Coca Cola secret formula," Coke said in a statement on its site.

Since the 1920s, the document sat locked in a bank in Atlanta, until Coca-Cola decided to emphasize the secret in its marketing strategy. 86 years later, Coca-Cola moved the recipe into a purpose-built vault within the World of Coca-Cola, the company's museum in Atlanta. The ambiance is made complete by red lighting and fake smoke.

Coca-Cola has always claimed only two senior executives know the formula at any given time, although they have never revealed names or positions. But according to an advertising campaign based around the recipe, they can't travel on the same plane.

The vault, like one straight from a film, has a palm scanner, a numerical code pad and massive steel door. 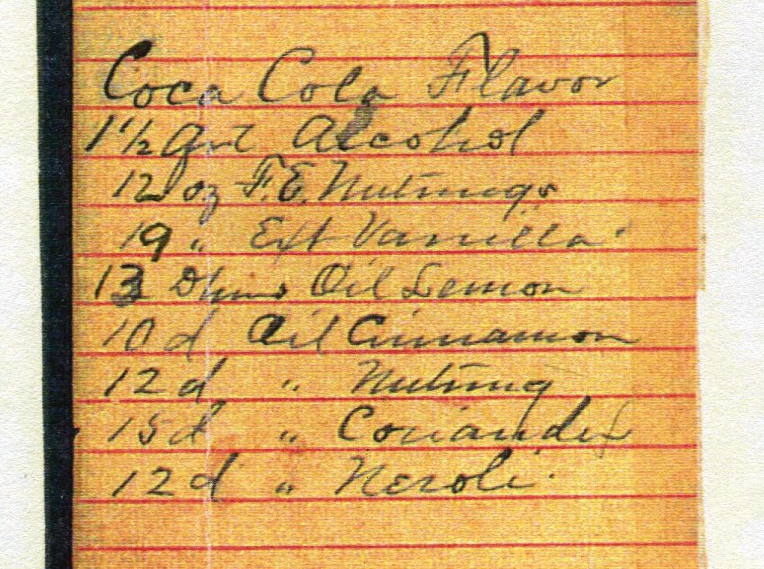 Mark Pendergrast, author of For God, Country and Coca-Cola, says this is the real deal.

Inside its walls, there's another safe box with more security features. And inside that, a metal case containing what its owners call "the most guarded trade secret in the world." A piece of paper with, according to Coca-Cola, a recipe inside.

But Mark Pendergrast, author of "For God, Country & Coca-Cola," is skeptical. "John Pemberton invented Coca-Cola in 1886, at the height of the patent medicine era, and one of the ironies of that name is that no one actually patented such creations," he says.

"They kept the formulas secret, partly in order to increase sales with a sense of special mystery and to prevent competition, but also to keep people from knowing how cheap the ingredients were and how large the profits," he says.

The company has never patented the formula, saying to do so would require its disclosure. And once the patent expired, anyone would be able to use that recipe to produce a generic version of the world famous drink.

"[The secrecy] creates a natural curiosity about the product itself. Consumers are more likely to try to find out the recipe," Voyer says, adding it creates a legend around Coca Cola's flagship drink.

The business behind the World Cup

Scores of recipes have emerged through the decades. Their authors usually claim to have cracked the original recipe by getting hold of antique documents. So far, Coke has rejected all of them as fantasy, saying there is only one "'real thing'."

Mark Pendergrast's book includes two versions of the original formula. "One is a facsimile in the handwriting of Frank Robinson, the 'unsung hero' of Coca-Cola who named the drink, wrote the famous script logo, manufactured the drink in its early days, and advertised it," he says.

Does he think the recipe is genuine?

"Yes. I think that both of the Coca-Cola formulas in my book are the 'real thing,' versions of the original formula for Coca-Cola," he says.

"In the end, the exact formula isn't really the issue," he says. Pendergrast reiterates a tale told in his book, in which he speaks to a Coca-Cola spokesperson who points out that even if its competitors got hold of the formula, they wouldn't be able to compete. "Why would anyone go out of their way to buy Yum-Yum, which is really just like Coca-Cola but costs more, when they can buy the Real Thing anywhere in the world?," he was told.