Jimmy Fallon's takeover of "The Tonight Show" has been inevitable, show producer Lorne Michaels told GQ. "He's the closest to (Johnny) Carson that I've seen of this generation," Michaels said. Stephen Colbert joins him to take a selfie on his debut Monday night. Fallon is the latest in a six-decade line of "Tonight" hosts. 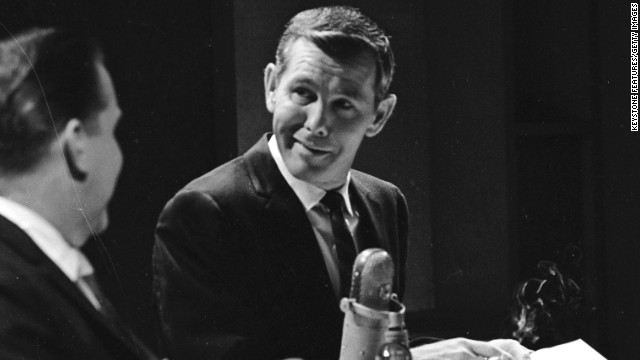 Johnny Carson's 30 years as a host of "The Tonight Show" made him a talk show icon. Carson, who hosted from 1962 to 1992, set the standard for late night show formats and style. Here, Carson speaks to a guest in 1964. 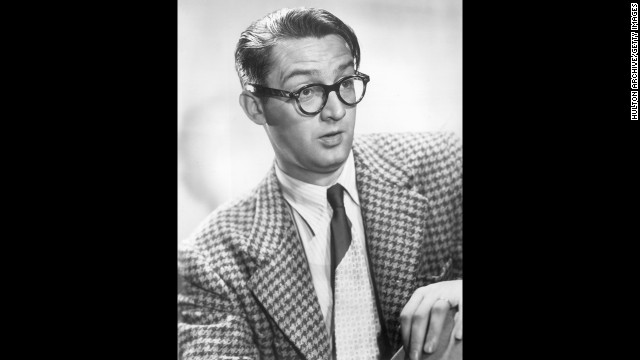 Comedian and songwriter Steve Allen was the show's first host, from 1954 to 1957. His prolific career earned him two stars on the Hollywood Walk of Fame. Here, Allen poses for a promotional portrait in 1955. 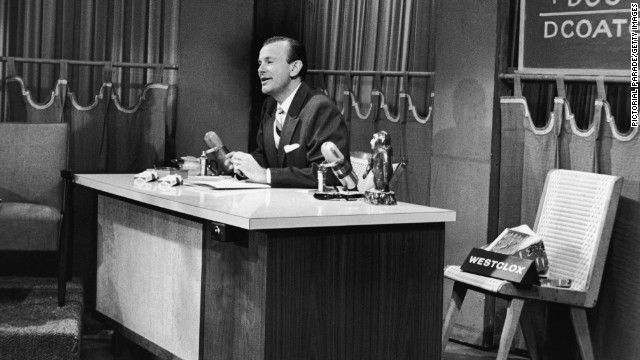 Jack Paar's unpredictable and dramatic presence drew more than 7 million viewers every night between 1957 and 1962. The show was renamed "The Jack Paar Show" while he was host. 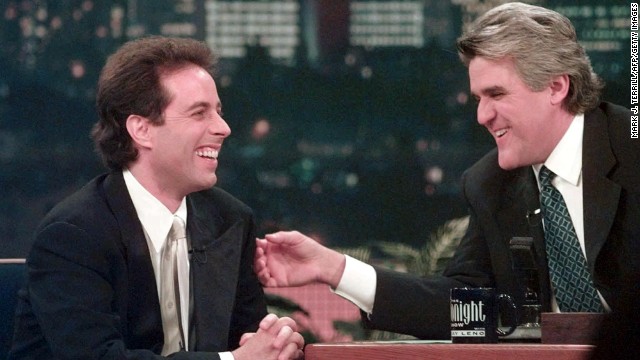 Jay Leno starred in "The Tonight Show with Jay Leno" from 1992 to 2009 and then moved to his own prime-time show, "The Jay Leno Show," on NBC. After a public controversy over scheduling changes while Conan O'Brien hosted the show in 2009, Leno returned to host "The Tonight Show" in 2010. Here, Leno jokes with Jerry Seinfeld in 1998. 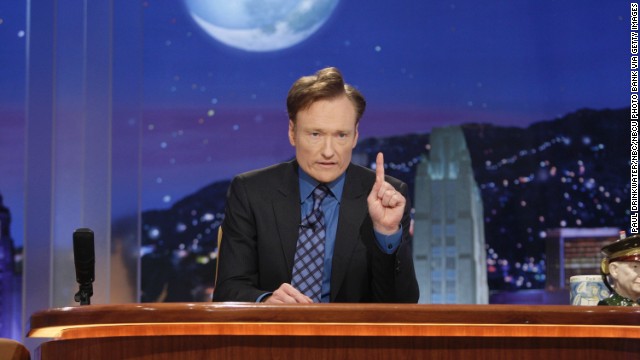 Conan O'Brien hosted the show for seven months and left after NBC announced that it would be moving his show to after midnight and Leno's prime-time show to "The Tonight Show's" time slot. Here, O'Brien on his final show on January 22, 2010. 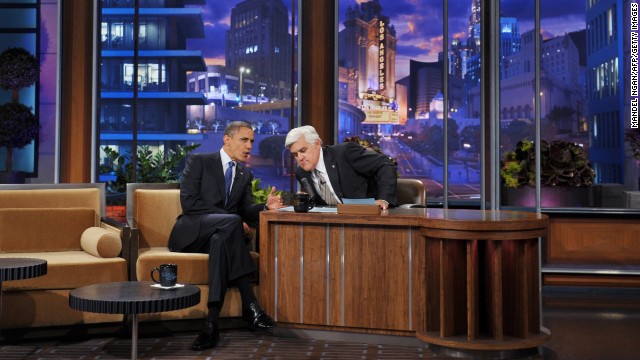 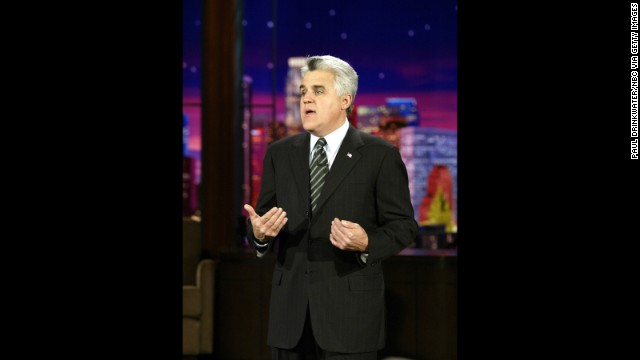 (CNN) -- To thunderous applause and with a Cheshire cat grin, Jimmy Fallon walked on to the stage at the NBC Studio in New York Monday night -- the new host in the old home of the "Tonight Show."

"I am Jimmy Fallon and I will be your host -- for now," he said, a pointed reference to the exit-enter-exit history of the last host, Jay Leno.

His first joke out of the way, he spent the next few minutes introducing himself to the audience -- his childhood, his family, his career. He was pretty subdued through it all.

Kardashian pays up on $100 Fallon bet

But then when the formalities were out of the way, he re-entered the show through the gigantic blue curtains -- the ever-hip Roots playing him in -- and started his show proper: the usual monologue and his usual over-eager but gracious self.

And even before the new show's first guests appeared -- Will Smith and U2 -- a parade of celebrities walked up and dumped money on Fallon's desk.

"To my buddy who said that I'd never be the host of 'The Tonight Show,' and you know who you are," Fallon said, "you owe me a hundred bucks, buddy."

And out came Lady Gaga, Kim Kardashian, Rudy Guliani, Mike Tyson and many others, slapping down bills.

During the rest of the show, Fallon pulled out old bits with fresh takes -- such as an evolution of hip-hop dancing with Will Smith and 'Late Night Superlatives.'

With Fallon at the helm, the show moves back to New York for the first time since then-host Johnny Carson took it to Los Angeles in 1972.

For the rest of the week, the star power will burn equally bright.

For most of his 22 years, Fallon's predecessor, Jay Leno, sat at the top of the late night talk show totem pole.

Sure, Leno was critically panned for his milquetoast interviews and his predictable jokes. But the masses loved him.

How will Fallon fare?

For one thing, the late night landscape has changed. The hosts -- like Conan O' Brien and Jimmy Kimmel -- skew younger. And with Fallon, NBC hopes the audience will too.

While one-time host Johnny Carson has been the template all future hosts emulated, Fallon says he will fashion his stint after a different host: The original host, Steve Allen.

Fallon is a capable guitarist and musical mimic who has done dead-on parodies of Bruce Springsteen and Neil Young, among others. Bits with guests such as Michelle Obama and Justin Timberlake have gotten millions of views online, and segments such as "Slow Jam the News" have some of the whimsical quality that Allen was fond of.

Monday night's show ended with a new shareworthy moment: U2 and The Roots playing a goosebump-inducing, stripped-down version of "Ordinary Love."

What!?!? This is one of the coolest tonight show moments ever!!! @FallonTonight U2 and the roots ordinary love!!!

CNN's Todd Leopold and Emma Lacey-Bordeaux contributed to this report.