No cash, no cards: Mobile app lets you pay with just your smartphone 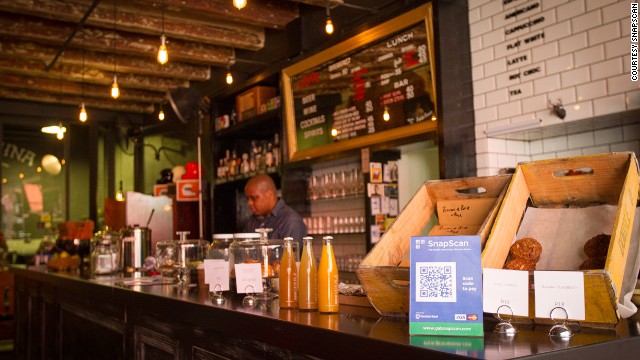 SnapScan is a South African app designed to help users buy goods with their mobile phones. 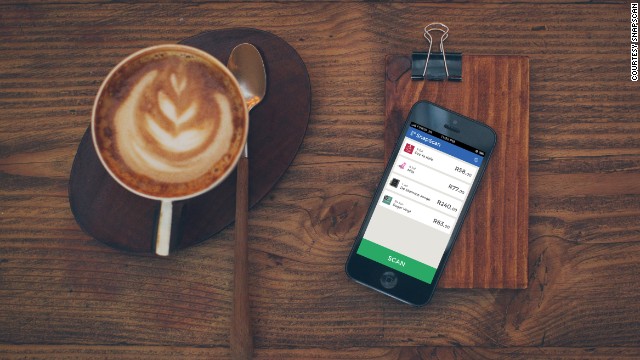 Free to download, SnapScan was named App of the Year 2013 at the MTN Business Awards. 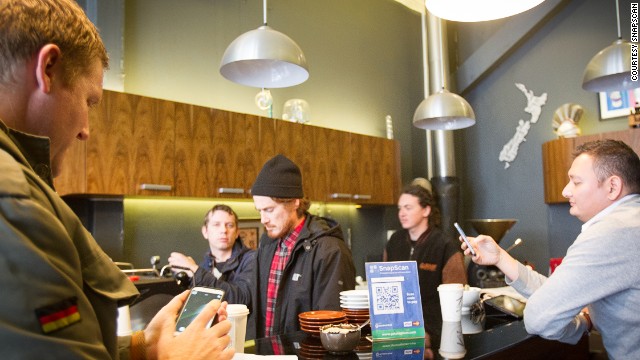 "If you look at mobile payments specifically, Africa is actually one of the leaders in this space," says Kobus Ehlers, co-founder of SnapScan. 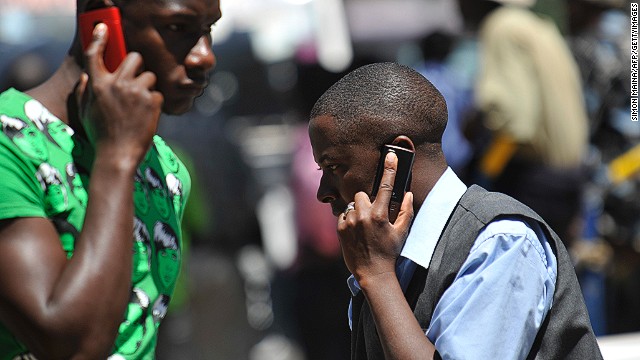 More than 720 million people across Africa have mobile phones, while the continent's smartphone market is expected to double in the next four years. 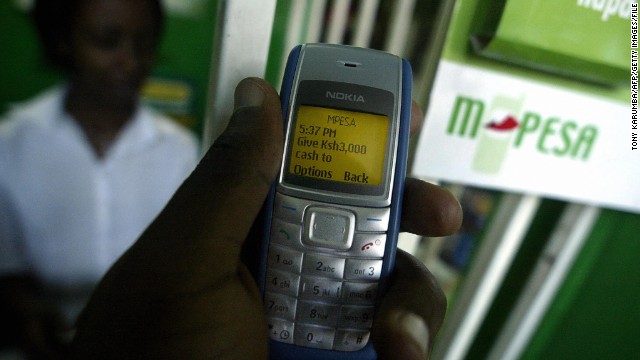 CNN Marketplace Africa is a weekly show offering a unique window into African business on and off the continent. Watch the show Fridays 1845 and Saturdays 0615 GMT.

(CNN) -- The aroma of rich coffee wafts through the air as Xolile Malindi leans behind the counter of House of Machines, a hip café in the heart of Cape Town. Opposite him, a young customer approaches the bar, taking his wallet out to pay for his double espresso made of organic Arabica beans.

"Have you ever heard of this program called the SnapScan?" Malindi, who is the coffee shop's day manager, asks quickly. "You pay with your phone," he continues. "A lot of places are using it in Cape Town -- it's quite amazing."

House of Machines is just one of dozens of stores here where customers can find SnapScan, an award-winning new digital mobile payment method developed in South Africa. The smartphone app, which is free to download, allows buyers to pay for goods using their phone, without having to worry about carrying cash or credit cards. 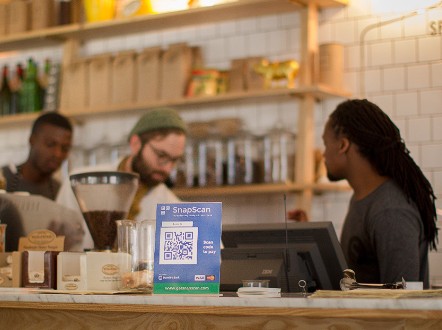 Currently, SnapScan is only available at formal merchants in South Africa.
Courtesy SnapScan

Each SnapScan-connected store has a unique code that is linked to their bank account.

Cashless society within reach in Africa?

When customers want to pay, they can scan the code with their SnapScan smartphone app, which then brings up the store where they are making the purchase.

"All you do is you type in the amount and punch in the PIN and press send and it's gone -- it's all done," explains Malindi. "You've got your secret code (four-digit PIN), so if your phone goes missing for example, you don't have to worry about people using your phone," he adds.

The transaction is complete with SnapScan charging the customer's debit or credit card for the amount they are paying -- similar to a normal card payment. 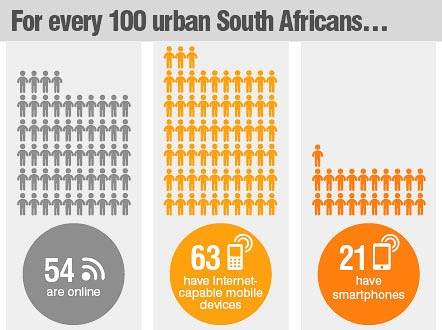 Using your phone to pay for goods and services is nothing new in Africa, a continent where there are more than 720 million mobile phones. Services such as M-Pesa, the revolutionary Kenyan mobile payment system that allows people to bypass banks and pay bills, withdraw salaries and transfer cash electronically, have transformed the way people and business operate.

If you look at mobile payments specifically, Africa is actually one of the leaders in this space.
Kobus Ehlers, SnapScan, co-founder

And as smartphones increase, the paying methods are also becoming smarter.

"If you look at mobile payments specifically, Africa is actually one of the leaders in this space," says Kobus Ehlers, co-founder of the SnapScan app. "SnapScan was developed in South Africa for the African market, so we try to find really local and relevant solutions and I think it's going to get a massive uptake," he adds.

"Technology in general is going to get a massive uptake in Africa as we don't have those legacy systems," continues Ehlers. "People aren't used to using credit cards for example, they can skip right ahead and start using cutting-edge payment technology." 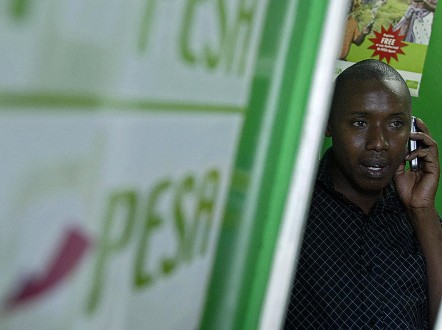 Right now, SnapScan is only available at formal merchants but the hope is that the e-currency could flow from the phones of customers to the accounts of informal merchants too. It can even be used to send remittances.

Ehlers says that the hope of a cashless society is possible for Africa.

The future of e-commerce in Africa

"Quite a large portion of people have access to a smartphone and by leveraging that technology we can provide payments that were previously impossible," he says. "That really is an empowering thing for most people in Africa who haven't got access to formal infrastructure to provide those services."

John Campbell heads up the Beyond Payments division of Standard Bank, which partners with innovators such as SnapScan to create banking solutions. He says that lack of traditional infrastructure often leads to creative solutions.

Back in the House of Machines, Malindi keeps on introducing the new payment method to his customers.

"It's way better as opposed to using your credit card or cash," he says, adding that he was surprised to find out that SnapScan was a tech company that started in South Africa.

"I thought it's one of the things that we get from overseas," says Malindi. "When I found out this is African-launched I was 'wow, here we go Africa, here we come, we're rocking the world!'"

READ THIS: 10 startups you need to know