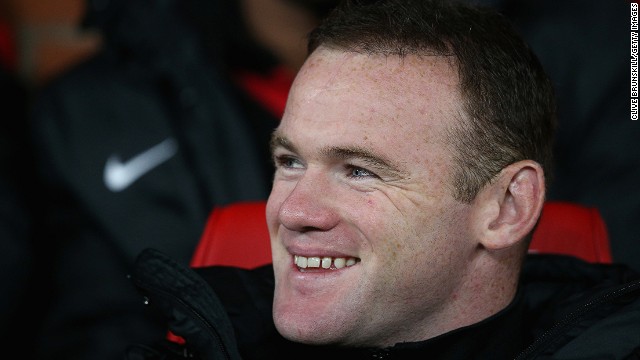 Wayne Rooney ended months of speculation about his future on Friday by putting pen to paper on a new Man United contract.
STORY HIGHLIGHTS

The announcement puts an end to months of speculation about Rooney's future following interest from Jose Mourinho's Chelsea last summer with further bids expected to come at the end of this season.

Confirmation that Rooney was staying put can be considered a minor victory for former Everton boss David Moyes following a turbulent first season in charge of United after succeeding Alex Ferguson.

Very happy to announce that I have signed a new extended contract with Manchester United pic.twitter.com/8wAN9XbCBG

"Wayne has been the best player in England since I put him into the Everton first team in 2003. Since becoming United manager in July last year, I have enjoyed working with him and seeing just how he has developed his incredible talent," Moyes said in a statement.

"With his ability, his experience and his desire to succeed, he is a vital part of my plans for the future and I'm absolutely thrilled he has accepted the challenge."

Moyes has overseen a stuttering league campaign this year with eight losses from 26 games so far leaving United languishing in seventh place. Calamitous exits from both domestic cup competitions have only added to the sense of turmoil.

While United are still involved in this year's Champions League -- they play Greek champions Olympiakos is the first leg of their last 16 tie next Tuesday -- they remain an outside bet to qualify for next season's competition.

In an interview published on his website Friday, Rooney appeared unfazed by this fact saying it wasn't "a massive concern" for him.

"This is because I know the direction that this club is going in, and if we don't make it this season then we will come back stronger and claim a Champions League spot next season. Let's not forget we still have a chance this year ..."

Rooney also expressed his delight at signing a new contract.

"This is one of the biggest clubs in the world and to know that I will be playing here for the majority of my career is something that I'm looking forward to. I'm happy that everything is now finalized and I can carry on concentrating on my football," he said.

Rooney has played 430 games for United and won five Premier League titles and a European Cup since joining from Everton in August 2004.

He is currently fourth on United's all-time list of top scorers with 208 goals -- 41 short of Bobby Charlton's mark of 249.