The weirdest thing at Sochi? Your face on a giant screen of morphing pistons 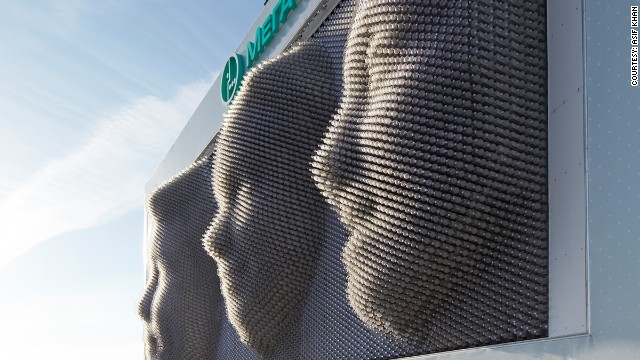 It takes 11,000 pistons to make these likenesses. 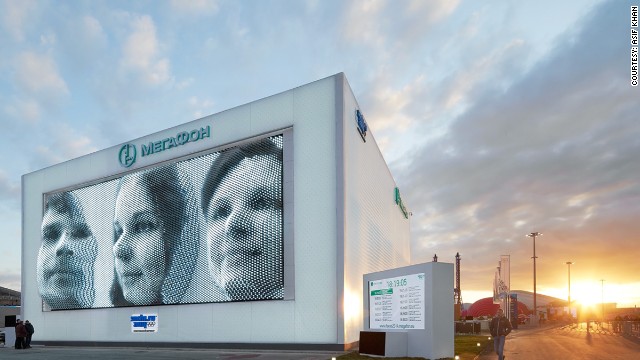 Visitors can get their face scanned at one of seven photo booths throughout the park. 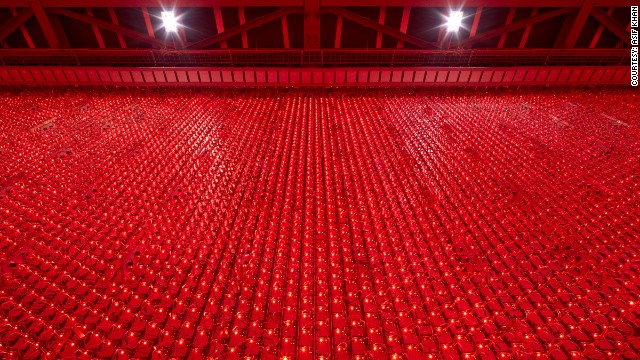 The futuristic view from behind the facade. 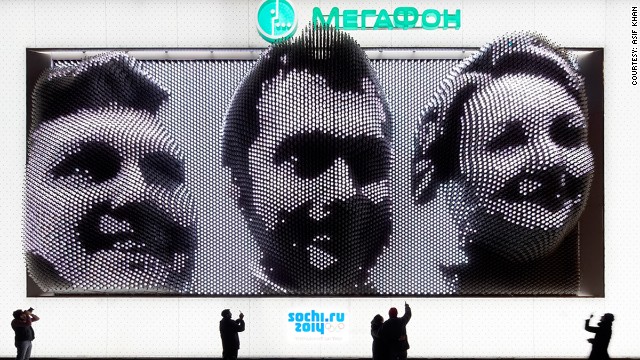 The pavilion was designed by Asif Khan for MegaFon, a sponsor of the games. 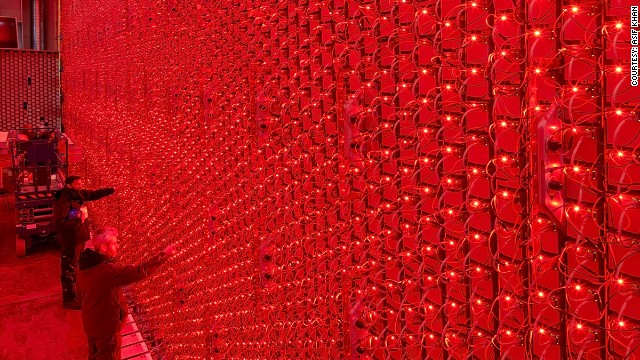 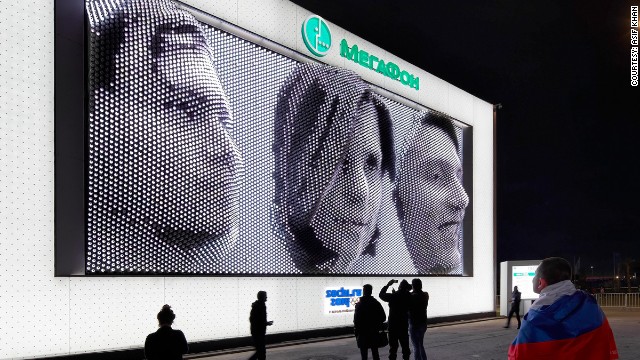 (Wired) -- One of the most impressive spectacles visitors have found at the Sochi games doesn't have anything to do with sports at all. It's their own face, over 20 feet tall, rendered on a giant morphing wall at the entrance to Olympic Park.

The Mt. Rushmore-style monument is "the first thing you see when you go in," says Asif Khan, the British designer who conceived of the pavilion for Megafon, one of the games' sponsors. Spectators start by getting their likeness captured at one of seven photo booths throughout the park.

A five-camera array generates a 3D image of the face, which is then processed for the facade, where it's rendered with 11,000 pistons, each acting as its own LED-tipped pixel. (After getting their picture taken, visitors get a QR code to scan that lets them know when to expect to see their mug go big.)

Kahn worked with Basel-based engineering firm iart to bring the idea to life. Scott Eaton, a digital sculptor whose worked with animators at Lucasfilm and Pixar and contributed to films including "Captain America" and "World War Z," was brought on as a sort of creative director for the project, creating a piece of software that situated each face at a certain angle.

The faces, shown three at a time and cycled through every 20 seconds or so, are 8 meters tall -- larger than the face on the Statue of Liberty.

We had to pull that back a bit. It looked like a giant was there. I mean, it was really scary.
Asif Khan

For Khan, the concept perfectly captured the spirit of the Olympics. "I thought, if we can harness that latent emotive potential in the face, we can communicate with everyone -- without language, without any text, without anything," he explains.

But he had to be careful about what he was communicating. At one point, Megafon wanted to explore the idea of rendering the faces in true color, using the LEDs to recreate spectators' skin tones.

"We had to pull that back a bit," Khan says. "It looked like a giant was there. I mean, it was really scary."

Still, even in monochrome, the faces are a striking sight, harkening back to monumental sculptures of antiquity. If you want to put a more contemporary spin on the installation, you could think of it as a Mt. Rushmore for the Selfie Age.

"The iconography of the face and the expressive potential behind it hasn't been surpassed," Khan says. "And actually, I don't think it will ever be."

Fantastic Infographics, Drawn From A Study of Instagram Selfies

Watch: A Light Installation That Makes You Lose All Sense of Space

World's Coolest Playgrounds Give Kids a Taste of the Surreal