It's who you know! Hollywood filmmaker Sanaa Hamri on her mentors

Editor's note: African Voices is a weekly show that highlights Africa's most engaging personalities, exploring the lives and passions of people who rarely open themselves up to the camera. Follow the team on Twitter.

(CNN) -- Music video and film director Sanaa Hamri moved to New York with dreams of making it big as an actress. But like so many others, she found herself struggling through endless auditions and unemployment. Born worlds away in the town of Tangier, Morocco, Hamri wasn't afraid to fight back. She'd grown up in a traditionally male-dominated society and her rebellion against gender stereotypes had helped put her on this creative career path.

Refusing to give up, she changed tact finding work with a post production company. She was soon noticed by cinematographer Malik Sayeed who, in turn, introduced her to Mariah Carey.

Hamri: Mariah believed in me

And with the famous singer's guidance, Hamri embarked on a new, highly successful, career trajectory, leaving her mark on the entertainment industry.

Hamri went on to direct numerous high-profile music videos as well as three feature films and several episodes of popular TV shows like "Desperate Housewives" and "Glee." Here she reveals to CNN what's like to collaborate with entertainment royalty like Lenny Kravitz or Nicki Minaj while achieving success among the stars in Tinseltown. 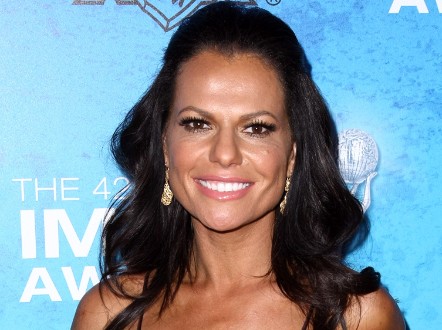 Embrace your heritage. "I'm a product of a multicultural union of my father who is and was Moroccan and my mother who is American," says Hamri. "So I was able to grow in a household that had both. I very much identify as a Moroccan woman because I was born and raised there. My father's Moroccan and I went to school there so that is home to me."

Education is vital. Hamri's mother, Blanca taught at the American School of Tangier and she credits the establishment with providing opportunities that others in her neighborhood didn't have. "The memory of it for me is education was something that was a gift that you have to take advantage of," she explains.

Rebellion can ignite a journey you'd never contemplated before. "I would look around and I would see all of these men in the cafes and on the streets and I would think to myself, 'I can be just like that and do whatever I want to do as you do.' Just because I'm of a different gender, that doesn't mean I can't drive, I can't rule, I can't think, I can't create."

Networking is key (especially when it's with Mariah Carey). While working for a production company, the ambitious Moroccan soon found herself in the midst of some of the biggest names in music but it was an introduction to "songbird supreme" Mariah Carey who would lead her to her calling. "One day she turned to me and said, 'You know, you really should direct' ... And then I got the opportunity to direct her in this video called "Thank God I Found You (Remix)" ... [Directing] was extremely natural to me and I realized that Mariah was right -- this is where I belong." 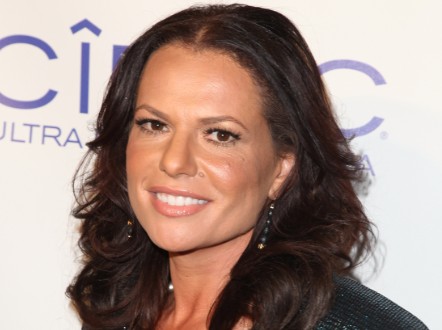 Sanaa Hamri currently lives and does most of her work in Los Angeles.
Angela Weiss/Getty Images/file

Take every opportunity to learn something new and always ask questions. In addition to the mentoring Carey provided to her, the songstress would also provide industry insight and help explain the ins and outs of working among the best in the business. "(She would say) 'this is what it means in America when we say this,' because she was used to foreigners. she understood that. And whether it was working with her, Jay-Z, or Destiny's Child, or Sting, any of those people, I would learn from them."

Never forget why you want to work in the industry. "I realized I was able to use the medium of music videos as a way to communicate to young adults in an inspirational way. The minute I realized that, I quickly shifted my career, so I would turn down a lot of artists and projects due to lyrical content, due to meaning," she says. "I didn't come all the way from Morocco and go through what I went through to get to the United States and say nothing."

Find other avenues to express your creativity. Soon the up-and-coming director found herself constrained by the time limitations of producing music videos. But reading the script for the movie "Something New" provided the outlet Hamri was looking for. She explains: "I loved the idea of a woman who is an African- American woman who is having issues dating white males because she racially had an issue with that ... and the minute I started working on 'Something New' and I was doing my movie I realized, I was like 'I am a film director.'"

Always keep your aspirations in mind, no matter how lofty they may seem. Hamri's strong work ethic has seen her direct several Hollywood films and jaunts onto the sets of well-known TV shows like "Desperate Housewives," "Elementary" and "Grey's Anatomy." Yet despite her silver screen success, she remains very much connected to her birthplace. "I definitely want to create in Morocco as a base a very large studio that would be in competition with the big studios in Hollywood," she says. "We would be able to go on location and stuff, but just really creating like the biggest entertainment hub in Africa."

READ THIS: The meteoric rise of Lupita Nyong'o

READ THIS: 10 things to know about 'Omosexy'