Smile! The Muppets are taking selfies 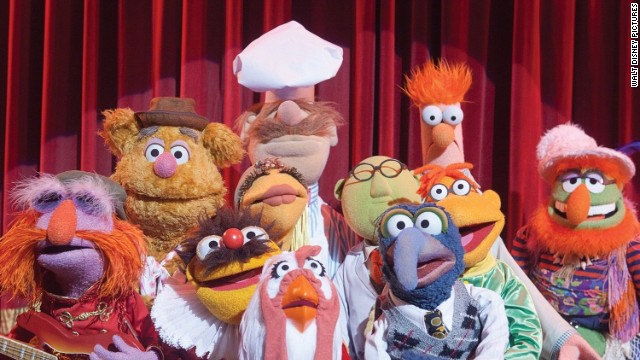 The Muppets head to Europe in 2014's "Muppets Most Wanted."
STORY HIGHLIGHTS

The feed was launched just over a month ago as part of a promotional push for their upcoming movie, "Muppets Most Wanted."

But in between quippy posters and ads for the film, which is a sequel to 2011's blockbuster "The Muppets" with Jason Segel, there are ingenious "selfies" from the Muppets crew.

In fact, the first post was a coy snapshot from Kermit, Miss Piggy and Gonzo, with a filter in full effect:

And the selfies grew more adorable -- and more hilarious -- from there:

We now have evidence of the time Animal burst in on Beaker in the bathroom.

And we know what Gonzo does after a hard day of stunts. "Gonzo treated himself to a massage today to try to work out all of his stuntman kinks. Even weirdos need pampering. #bougielife #yolo," reads the caption to this pic:

The Muppets' curmudgeonly yet lovable critics, Statler and Waldorf, are still trying to get the hang of taking the perfect selfie -- "This is the fanciest calculator we've ever seen!" they were heard saying when the photo was taken -- while Rowlf is clearly a selfie king.

From the Swedish Chef to Miss Piggy's evil alter ego, everyone has gotten in on the first-person photo sessions. The only people noticeably missing from the account are the Muppets' human co-stars in "Muppets Most Wanted," like Tina Fey, Ty Burrell and Ricky Gervais.

As with the first "Muppets" film, which also starred Amy Adams, Chris Cooper and Rashida Jones, the "Muppets" sequel has plenty of human star power. In addition to Fey and Gervais, "Muppets Most Wanted" also has appearances from Tom Hiddleston, Salma Hayek, Stanley Tucci and Lady Gaga.

Directed by James Bobin, who also helmed the first film, "Muppets Most Wanted" takes the fan-favorite characters to Europe, where they find themselves entangled in a jewel heist led by a Kermit the Frog doppelganger.

The movie, which released a Super Bowl trailer earlier this month, arrives in theaters March 21.