If you thought ballet was all about tutus and pointe shoes, think again

(CNN) -- This is ballet, but not as you know it. For one, there's not a ballerina in sight.

Tutus have been replaced with bare chests and tights, pointe shoes have been tossed aside for slippers, and delicate décolletages have been swapped for beefed-up biceps.

Once the traditional arena of lithe ladies, ballet is seeing an increasing number of all-male shows -- in one of the biggest shake-ups in the history of the profession.

"My attempt is to show a century of male dance in a hundred minutes," said Ukrainian-born Ivan Putrov, the creator of "Men in Motion," an ambitious all-male production featuring 15 short dances. 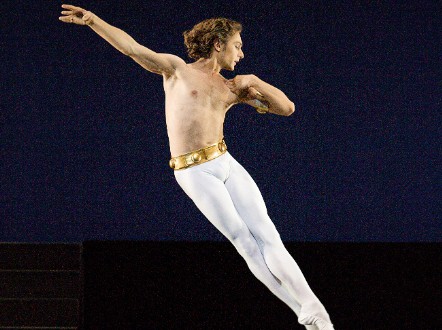 The gift of grace: Ivan Putrov effortlessly leaps across the stage.
Sadler Wells

Think of ballet, and you'll most likely conjure images of pirouetting ladies in elegant tutus -- not performances "full of testosterone," as "Men in Motion" dancer Daniel Proietto describes it.

It's not twee and pretty, that's for sure
Daniel Proietto, ballet dancer

"For the last 100 years everything has changed -- men are bringing new creativity, new ways of doing things to the stage."

It's not the first show to be given a men-only makeover.

When British choreographer Matthew Bourne's all-male Swan Lake premiered in London almost two decades ago, it was considered revolutionary in the traditional world of ballet.

Bourne studied the movements of real swans for the show, displaying both their ungainly flapping and menacing power through dance. 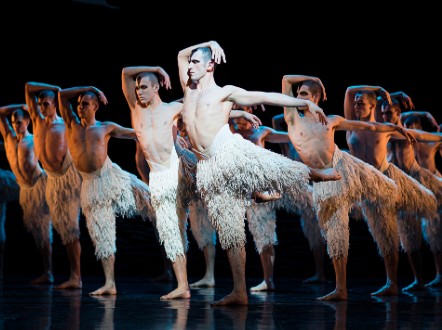 "It's not twee and pretty, that's for sure," said Jonathan Ollivier, who plays The Swan in what has since become one of the longest-running ballets in London's West End.

"We are bare-chested, we have feathered legs, and this quite striking beak on our face. It's quite masculine. All the guys are pumped up and it is very serious."

That's not to say male ballet dancers can't also be beautiful and tender on stage.

All the guys are pumped up and it is very serious
Daniel Proietto, ballet dancer

"I think there is always the concept of the ballerina who is this delicate creature, and men are the opposite -- we jump higher, we have more stamina, we are stronger," said Argentinian Proietto. "But at the same time maybe when you see us in a fragile setting we can also be delicate."

"That's what you normally don't see...my best memories of my father are when he cries, so of course I love when I can see a man communicating that on stage. I think that is very, very powerful. Perhaps even more than when I see him jump and being strong physically."

Despite the phenomenal strength needed to be a ballet dancer, there remains a perception of it, at least in the West, as a woman's profession -- but this is changing, says Putrov. 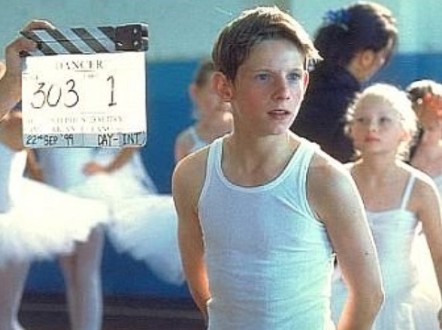 How much has changed for boy ballet dancers since "Billy Elliot" hit our screens?
Universal Studios

"I went to the opening night of Billy Elliot the musical," he explained. "Some of the stories that are told are so true and it is more common than you can imagine."

"People might think of beautiful ballerinas on pointe shoes and in tutus but dance in general, at least in Britain, is the second most popular activity in schools after football -- so it is not true that men don't dance."

And if Putrov has his way, we'll be seeing a lot more of them taking center stage in the future.

Watch: Carlos Acosta -- from the barrio to the ballet

Read: Keeping the great dancers on their toes