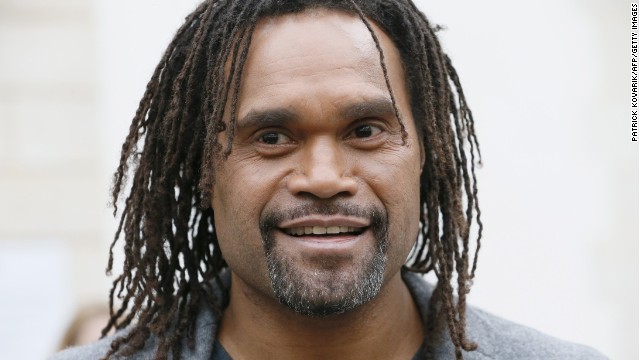 (CNN) -- Christian Karembeu knows what it takes to win the World Cup -- and the former France midfielder is tipping today's generation to shine brightly in Brazil's football showpiece this year.

Part of the French team which won the trophy on home soil in 1998, Karembeu is confident the current crop can spring a surprise when the tournament starts in June.

Forget that France had to qualify through the playoffs and endured a disastrous tournament in South Africa in 2010, Karembeu is adamant Les Bleus can succeed this time around.

"I believe in our chance. I think Didier Deschamps is building a new team," he told CNN, referring to the France coach, who captained that 1998 World Cup-winning team.

"I know when he starts something he always tries to reach his dream, his goal -- and I know his goal is to win."

Four years ago, French football was riddled by infighting, unrest and a national manager with a penchant for astrology.

The nadir in South Africa, where France failed to qualify from the group stage and the squad tore itself apart over a dispute between coach Raymond Domenech and striker Nicolas Anelka, left scars which took some time to heal.

Anelka's tirade at Domenech resulted in his expulsion from the squad while his fellow teammates boycotted training to register their disgust.

Captain Patrice Evra was involved in an altercation with fitness coach Robert Duverne and the players sulked on the team coach as the watching world gazed on in astonishment.

Evra was dropped for the final group game and subsequently suspended after the tournament along with Franck Ribery and Jeremy Toulalan, while Anelka subsequently retired from international level after receiving an 18-match ban.

Fast-forward to today and things are looking far more optimistic for Deschamps' side, albeit after a tricky qualification campaign which included a dramatic second-leg playoff victory over Ukraine in November to seal a place in Brazil.

Trailing 2-0 from the first leg, France emerged with a 3-0 win in Paris -- and was even more impressive in a 2-0 friendly win over Netherlands in Paris this month.

France is 22/1 to win the World Cup but will be confident of progressing from a group which includes Switzerland, Ecuador and Honduras.

"Brazil knows that we can challenge and be an outsider," Karembeu added.

"I know many countries are afraid of us and because of what we've demonstrated in the two games against Ukraine and Holland.

"We are a team which can play, score and of course step up to claim victory."

While France has several talented players including Real Madrid striker Karim Benzema, it is not expected to challenge the likes of Brazil, Argentina, Spain or Germany.

It is 16 years since Karembeu was part of the team which won the competition on home soil by defeating Brazil 3-0 in the final at the Stade de France.

That side, which included the likes of Zinedine Zidane, Marcel Desailly and Youri Djorkaeff, was viewed as representing a new France -- a microcosm of the kaleidoscope of color which had become interwoven with the country's society.

This was a team which brought players together from all different backgrounds, whether it be Lilian Thuram, who was born in Guadaloupe, Karembeu from New Caledonia, or Desailly -- who hails from Ghana.

Under the guidance of coach Aime Jacquet, that generation of French players was lauded as an example of how successful multiculturalism could be.

Even now, Karembeu gets emotional when he speaks of the success he enjoyed with that group of players.

"I was in Paris yesterday and still there are still too many emotions going around," he said Thursday at CNN's London bureau, as part of his role in FIFA's World Cup Trophy Tour.

"For us it was like a big revolution. We made France recognize its own communities, its differences, and the mix of cultures.

"We won a big fight because it made us as one. I think when you win a big trophy or big event like that, you don't think about sport.

"We think about social matters, integration, education and happiness when you are celebrating."