Scarface in a fez? Classic films get an Ottoman makeover

(CNN) -- While an art student at Dumlupinar University, Turkish illustrator Murat Palta watched "Star Wars". As with the generations of fans that preceded him, he was struck by the film's epic quality. Though the movie is set in the future, Palta was reminded of the colorful Ottoman miniatures that illustrated Turkish literature from the 16th century.

"I kept on trying to imagine what 'Star Wars' would look like if it was placed in the Ottoman era, so I decided it would be good to illustrate it," he recalls. Palta soon got hooked on reimagining Western cult classics in the Eastern tradition.

For his graduation project, he expanded his portfolio to include antique-style versions of several cult classics, including "A Clockwork Orange," "Inception" and an array of Scorsese and Tarantino movies.

"I guess I just really like movies," he admits. "I just wanted to make fun of them, but not in a mean way." 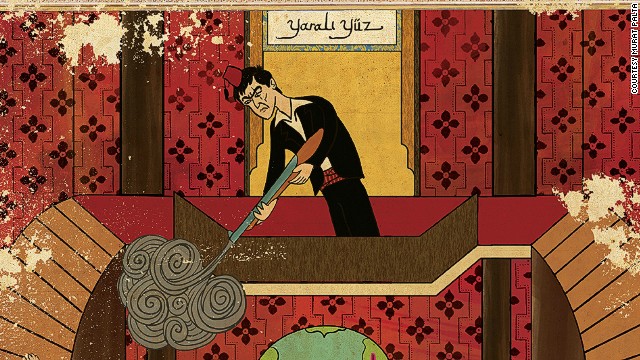 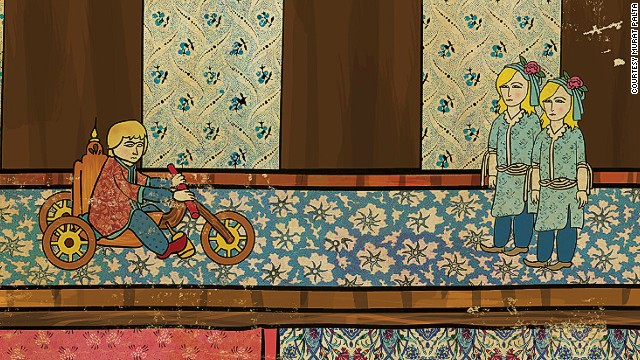 Danny's bicycle in The Shining is depicted made of wood instead of metal.

Danny's bicycle in The Shining is depicted made of wood instead of metal. 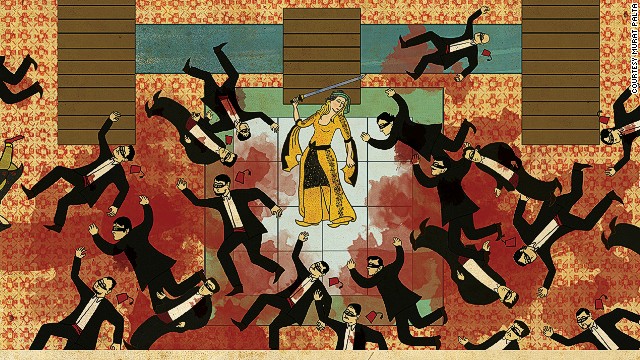 There is an underlying playfulness throughout his illustrations. Each took a full day or two to complete using a combination of handmade stencils, watercolors and Photoshop.

In his rendition of "Scarface," Al Pacino shoots down his foes while wearing a fez. His "Goodfellas" gangsters drive horse and buggies instead of cars and in "The Shining," Danny rides a bicycle made of wood.

"The first time I mentioned my project to my teachers, they didn't understand it," Palta admits. "They said, 'why don't you illustrate Turkish movies?' I told them there's no point. I wanted to combine not just the two cultures -- Western and Eastern -- but the two styles: modern and traditional."

They were impressed when they saw the finished product, however, and Palta, since graduated, has moved on to display his work (he's gearing up for an exhibition in Florence, Italy at the Vaia Balekis Contemporary Art Gallery). The project is also far from over.