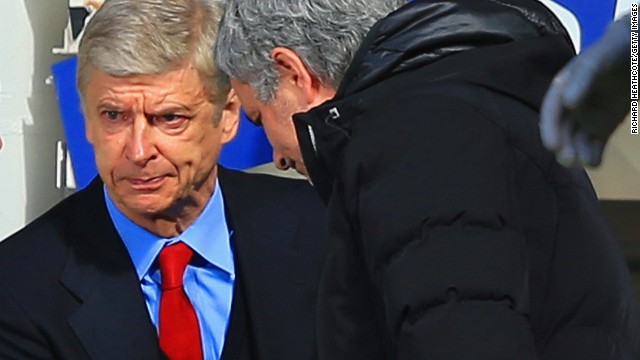 Arsenal boss Arsene Wenger (left) and Jose Mourniho shared a frosty handshake before kick-off at Stamford Bridge. It proved to be a miserable day for the Gunners boss on the occasion of his 1,000 game in charge at the club. 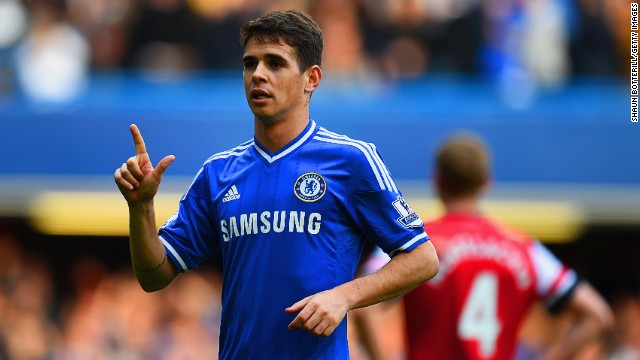 Chelsea's Oscar scored twice in the 6-0 thrashing of Arsenal at Stamford Bridge. Arsene Wenger shouldered the blame for the loss. "This defeat is my fault. I take full responsibility for it," the Frenchman said. "I don't think there's too much need to talk about the mistakes we made. We got a good hiding today. 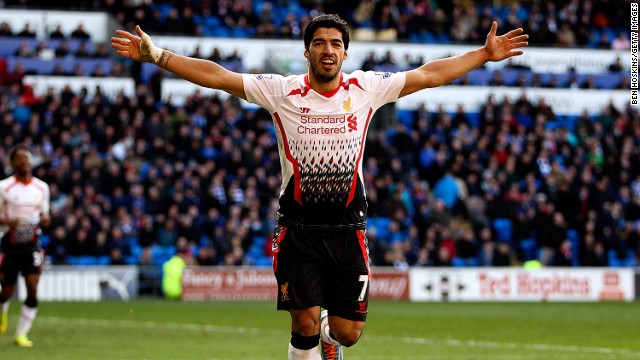 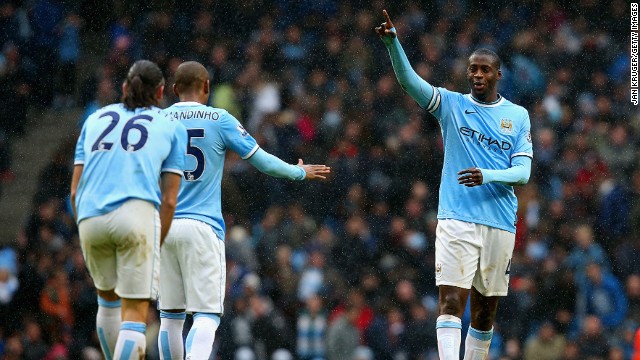 Yaya Toure (right) scored a hat-trick as Manchester City beat Fulham 5-0 at the Etihad Stadium. The Sky Blues' other goals came from Fernandinho and Martin Demichelis (both pictured). 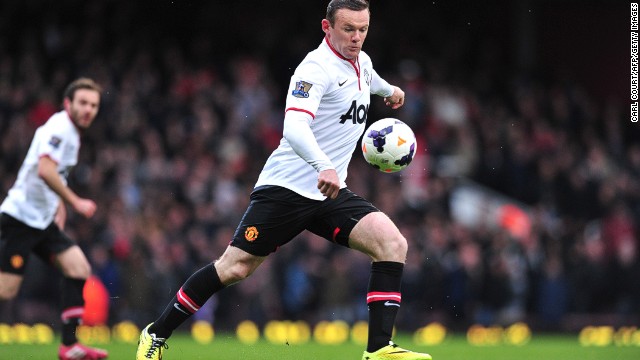 Instead, they endured a nightmare defeat as Jose Mourinho's side romped to a 6-0 win in the English Premier League at Stamford Bridge on Saturday.

Gunners' fans have already seen their team taken apart by top-four opposition this season with Liverpool winning 5-1 at Anfield last month and Manchester City dominant in a 6-3 goal-fest at the Etihad Stadium last December.

But the loss to local London rivals Chelsea will be the most difficult to stomach with the margin of defeat equaling Wenger's worst loss -- 8-2 by Manchester United in 2011 -- at the club.

Mourinho's side were two goals up after seven minutes as first Samuel Eto'o then Andre Schurrle scored.

A 10-minute period of respite ensued before the home side was awarded a penalty for hand ball, with referee Andre Marriner mistakenly showing a red card to Arsenal defender Kieran Gibbs instead of Alex Oxlade-Chamberlain who had tipped Eden Hazard's shot around the post. Marriner later apologized for the error.

Amid the confusion, penalty-taker Hazard kept a clear head to fire Chelsea into a 3-0 lead with just 17 minutes played.

Oscar then added a fourth three minutes before the break and popped up again for his second of the day in the 66th minute. Mohamed Salah made it six with his first Chelsea goal in the 71st minute.

The win maintains the Blues' four-point lead at the top of the table while Arsenal slip to fourth with 62 points -- seven points adrift of Chelsea.

After the match, Wenger shouldered the blame for the heavy defeat and conceded it had been one of the worst days of his career.

"This defeat is my fault. I take full responsibility for it," Wenger said.

"I don't think there's too much need to talk about the mistakes we made. We got a good hiding today. It's how we respond now on Tuesday night (against Swansea City) and the best way is not to explain too much the mistakes.

"Yes, of course it's one of the worst days. It's over after 20 minutes and it's a long game after that.

"You don't prepare all week to experience that kind of experience. It's a huge disappointment today, but we want to win the next game now."

After crashing to defeat at Aston Villa last weekend, Mourinho's side are back on championship-winning form. But the Portuguese continued his policy of playing down his team's title chances.

"We play Crystal Palace next and after that we go to Paris (for the first leg Champions League quarterfinal tie against Paris St Germain).

Manchester City kept in touch with Chelsea as they battered relegation-threatened Fulham 5-0 at the Etihad.

Yaya Toure scored a hat-trick (two goals coming from the penalty spot) with Fernandinho and Martin Demichelis adding two late on to keep Manuel Pellegrini's side third on 63 points, but with three games in hand.

Luis Suarez scored a hat-trick as Liverpool's winning run continued with a 6-3 victory at Cardiff City.

The home side led twice -- goals from Jordan Mutch in the ninth minute and Frazier Campbell in the 25th minute -- but Brendan Rodgers' side was once again irresistible in attack.

After scoring in the 16th and 60th minute, Suarez scored his third of the match and his 28th league goal in injury time, adding to two from Martin Skrtel and one from strike partner Daniel Sturridge.

The win keeps Liverpool second with 65 points while Cardiff remain second from bottom with 25 from 31 games.

Manchester United backed up a promising Champions League win in midweek with a 2-0 win at West Ham United.

Wayne Rooney was the star of the show with two first-half goals. The first, a looping 45-yard shot caught Spanish goalkeeper Adrian napping while his second was a more straightforward tap in.

David Moyes' team now have 51 points from 30 matches and will enter next Tuesday's Manchester derby with renewed optimism.

Elsewhere, Everton beat Swansea City 3-2 to rise to fifth while Newcastle are up to eighth after a 1-0 win against Crystal Palace.

Norwich City eased relegation worries with a 2-0 win over fellow strugglers Sunderland -- Chris Hughton's side are up to 13th with 31 points. Gus Poyet's Sunderland remain in the bottom three.