Inside the world of rare mountain gorillas 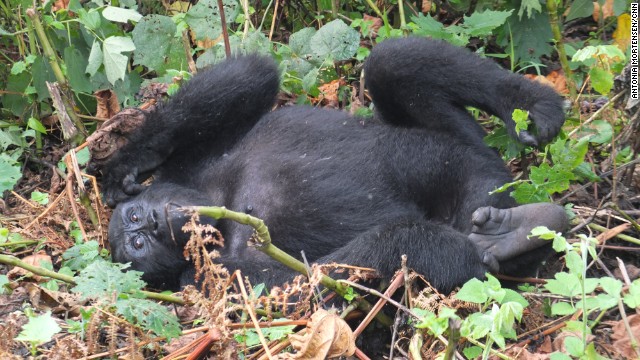 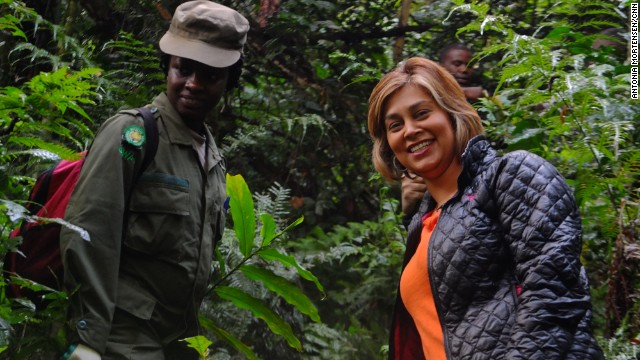 The name "Impenetrable" proved apt, as she struggled through the dense undergrowth. 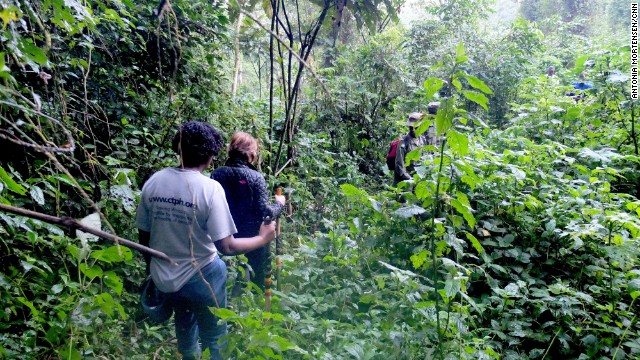 Three hours of grueling walking took her to a group of the endangered gorillas. 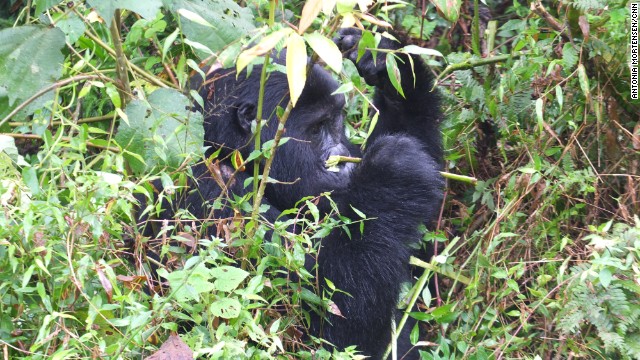 "When I lifted my eyes I saw a giant gorilla munching shoots and leaves, and then nonchalantly striding by," she says. 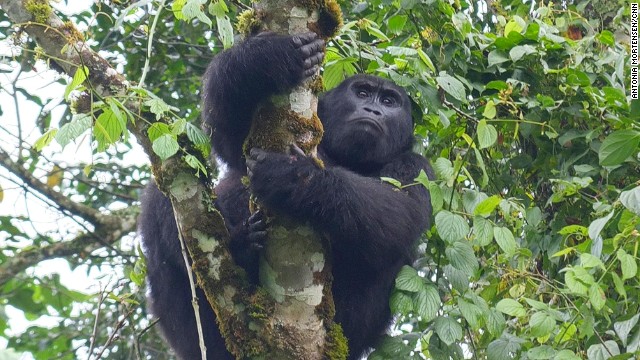 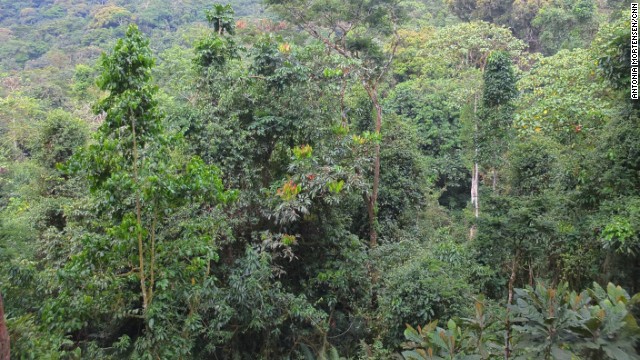 Bwindi Impenetrable National Park covers 32,000 hectares and is known for its exceptional biodiversity, with more than 160 species of trees and over 100 species of ferns. 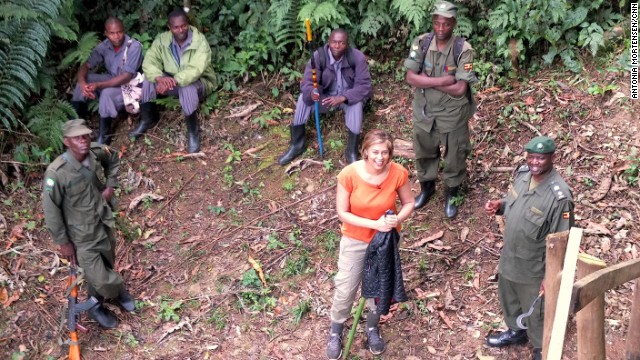 Editor's note: Every week, Inside Africa takes its viewers on a journey across Africa, exploring the true diversity and depth of different cultures, countries and regions. This week, Zain Verjee explores Uganda's Bwindi Impenetrable National Park.

Bwindi Impenetrable National Park, Uganda (CNN) -- The forest was in charge. I knew it the moment I gazed at its dense green overcoat, searching for cracks of daylight in its chaotic folds. Inspiring in the morning kiss of gentle light rays; sulky under a black afternoon cloud; serene in the falling dusk, as the haze of twilight accentuated its mystery.

I was in Uganda's Bwindi Impenetrable National Park, part of a guided trek to see some of its 300 endangered mountain gorillas. The moment I stepped in I surrendered. It was humid and dark and the dense, feisty foliage that enveloped me was dismissive at times, taunting at others.

All the trekkers were handed a tall narrow stick to help navigate through the slippery slopes. The moist leaves scattered on the soil demanded balance, stinging nettles and hiding holes urged utmost caution, centuries-old greenery wrapped its arms around me, challenging me to hack through the twisted vines and untested trails.

It tripped me over again, slipping, sliding. I grit my teeth knowing the forest was forcing me to want the prize it hid in its shape-shifting bosom. The target: a group of eight gorillas, one silverback and his eight babes.

Three sweltering hours that drew blood and inflicted bruises, yet I pushed on, realizing the forest would not give me something for nothing. One Olympic obstacle course after the other, crisp slices of machetes hacked the twines, daring the forest to dissuade us.

Three hours of grueling walking scattered with hard landings. No matter how contorted I became, the forest kept a piece of itself handy to cling on to, a mini consolation prize hinting that it was, after all, on my side. I could almost hear its heaving chuckles as I disentangled myself from ropes of thorns.

"Keep going," the rangers called out as I felt the sweat dribble down my back. No matter how much I wanted out, I had to push on, because there was no way out without rangers slicing pathways through the wild bush. I received a painful sting from a large black creature with loud wings; I ignored it and walked on with my muddy water-logged shoes, and the threat of rain.

"We're here," the lead ranger whispered, stopping dead still and turning up the drama, punctuated by a light breeze that picked up along with a list of rules of gorilla engagement, which we absorbed.

Up close and personal with gorillas

"If you want to cough or sneeze, turn away, you could infect them with your germs."

It was a rare 60 minutes, the shortest, the most fascinating. I lifted my eyes and there she was, a giant gorilla clinging onto a tree trunk, sucking the bark out of an apparently delicious eucalyptus tree, getting tipsy; sitting in shade, munching shoots and leaves, and then nonchalantly striding by. I observed their powerful arms, elegant posture, and the occasional eye contact made me feel connected.

They are intimidating and gentle, protective and patient, flirtatious and fearsome, at the same time. Protected by a hardcore ring of black backs, a mother nursed a three-week-old gorilla. It was a rare and moving sight. She hid her offspring under her belly, "protection from vultures," we were told.

Immersed in their world, listening to their language, the beat of their group, the simple raw reality of their lives and tribe, I forgot my complex world.

Read: Why did the elephant cross the road? To avoid the drunks

Gallery: A bird's-eye view of the Savannah

Read: Is this an alien landing site, ancient monument, or something else?