UEFA's new 'League of Nations' - Do you understand it? 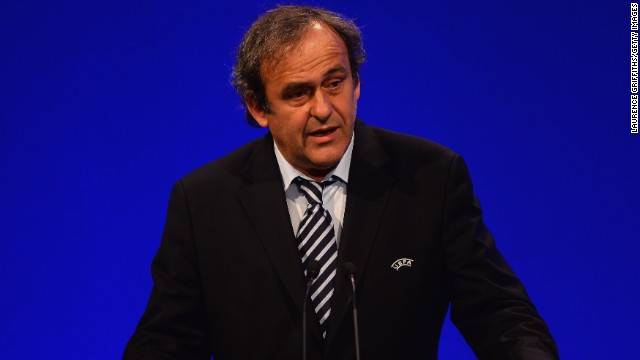 Former France international Michel Platini has been head of UEFA since 2007.
STORY HIGHLIGHTS

(CNN) -- The "League of Nations" might sound like the next Hollywood blockbuster, but UEFA's latest plan to revolutionize international football caused nothing but confusion when it was announced Thursday.

The game's European governing body has stepped up its attempt to bring more prestige to friendly games, creating more opportunities for countries to qualify for the 2020 European Championship finals and the 2022 World Cup in Qatar.

But it has left journalists and fans bamboozled, with nobody seemingly able to explain just quite how the tournament will work -- even UEFA admits the format "has not been finalized."

Instead, social media was awash with doubts and more questions than answers over the new system, which was given the go-ahead at the UEFA Congress in Astana, Kazakhstan.

Uefa been consulting for 2 years on Nations League. It'll take another 2 to explain it. I'm heading out for some air...

Set to commence in September 2018, the competition will involve all 54 member nations, with four divisions of 12-14 teams divided into four smaller pools. The top-ranked teams will be in the first division, and the lowest-ranked in the last.

The winner of each mini-pool will then meet at a neutral venue in June 2019, and the overall division winner automatically qualifies for the Euro 2020 finals.

It would mean that one of the weaker nations from Division D would be guaranteed a place at the tournament.

The remaining 20 qualification places for Euro 2020 will be decided through the usual qualifying process, with games played from 2019, possibly going on as late as March 2020.

There is the possibility that a team may reach the League of Nations playoff final having already made it through to either the World Cup or European Championship finals.

In that case, the place would be allocated to the country finishing immediately below in that division.

It is also thought that two of Europe's 13 qualifying places for the 2022 World Cup may also be decided via the top two divisions of the Nations League.

While fans across the world wrestled with a potentially exciting concept bereft of any definite detail, UEFA recognized the new venture as a "big step for national teams in Europe."

Overcome with excitement at the UEFA League of Nations competition. Just wish I understood it!

"We accept and respect that all UEFA member associations have agreed to create a new competition," Wolfgang Niersbach, chairman of UEFA's national teams competition committee, said in a statement.

"This is a big step for national teams in Europe and we hope that fans will support the new format."

The idea has been warmly welcomed by some, including the English Football Association.

"The prospect of England playing three or four teams from the best 12 or 16 countries in Europe on a home and away basis should be very exciting," FA general secretary Alex Horne told his organization's website.

"It means we will go from a major tournament such as a World Cup straight into a set of three international double-headers between September and November that will really mean something.

"There will be the threat of relegation too, so there will really be something at stake."

>We're trying to understand the @UEFAcom League of Nations. Struggling to see how 54 nations gleefully agreed to it when it makes no sense.

The European Club Association, which represents the 214 teams from across the continent, believes the move is a positive one.

"A positive aspect of this new concept is that our players will no longer have to travel around the world for friendly matches," ECA Chairman Karl-Heinz Rummenigge said.

"I am not worried about the Champions League; it is a prime product and the Europa League as well will continue to flourish."

But there are concerns from FIFPro, the world players' union, which believes the new format may place too much strain on players.

Leading nations have often used friendly games to blood new talent, work on new tactics and give an opportunity to players to stake their claim for a regular starting place at major tournaments, with multiple substitutions taking place throughout contests.

That may now change, according to FIFPro Director of Player Services Tijs Tummers.

"As we understand, the Nations League will be another prestigious competition," he told FIFPro's website.

"As a consequence, that implies an increase in the workload for the group of top players."