Dubai gets trippy with Festival of Lights 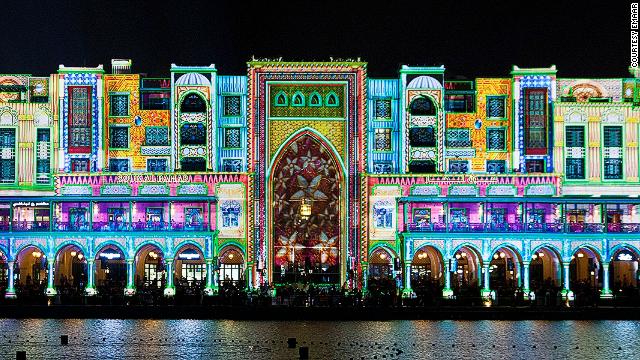 French composer and stage director Damien Fontaine projected a work of cinematic theater, in which two characters go in search of lost treasure, onto Dubai's Souk Al Bahar for the city's inaugural Festival of Lights. 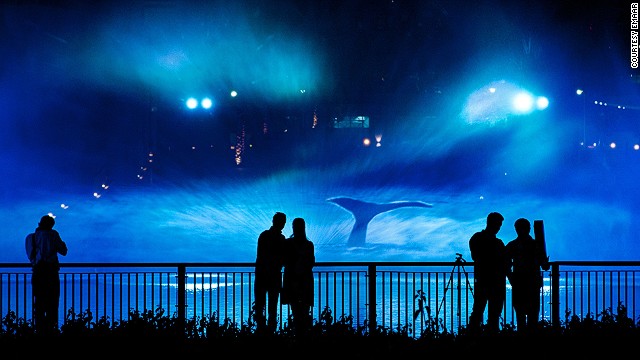 For Dubai's Festival of Lights, artist Catherine Garet created Mysticete, in which she projected video mapping on a screen of water. The technology allowed her to create what looks like a whale frolicking in Dubai Lake. 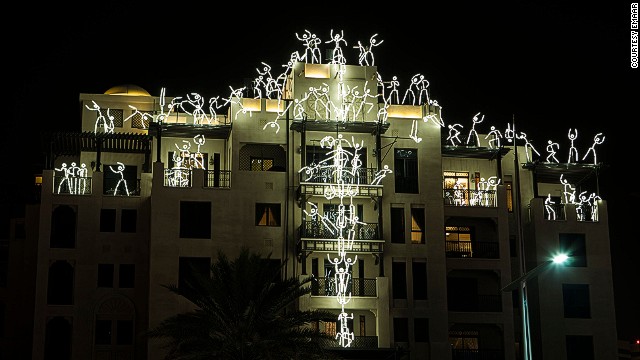 Groupe Laps, an artistic collective founded by lighting designer Thomas Veyssiere, put together an installation in which illuminated figures move and dance in tune to music. 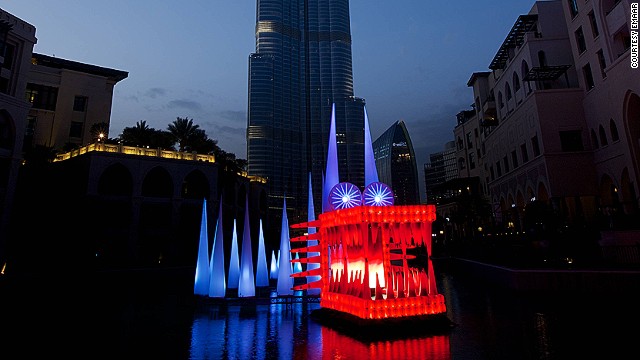 French artist Bibi has created a 98-foot long, illuminated dragon that lives in The Palace Downtown Dubai Lake. Made with recycled materials and lit with LEDs, the beast leaves a minimal carbon footprint. 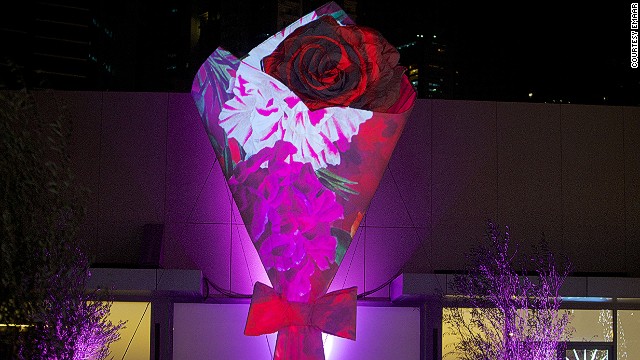 Standing 26-feet tall, this 'bouquet', designed by lingerie designer Chantal Thomass, has constantly morphing skin. An array of colors and textures are displayed on its exterior. 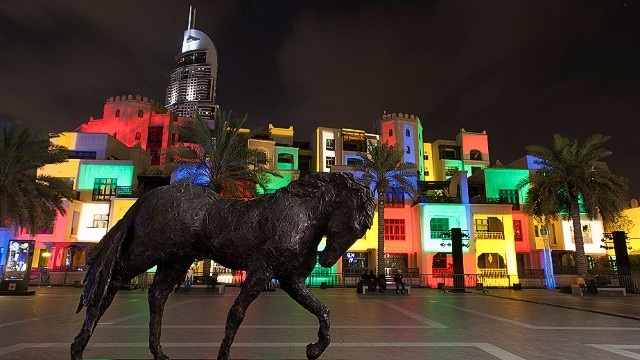 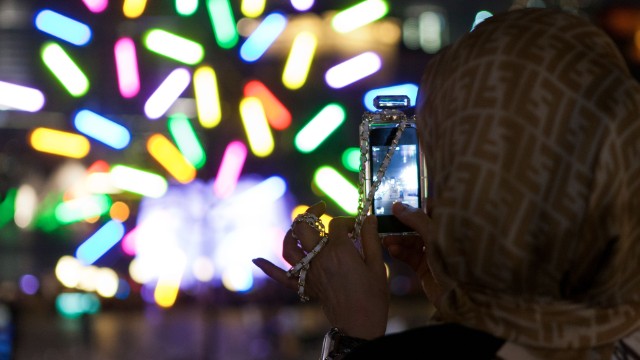 A spectator takes a photo of Big Tree, a light installation by architect Jacques Rival. 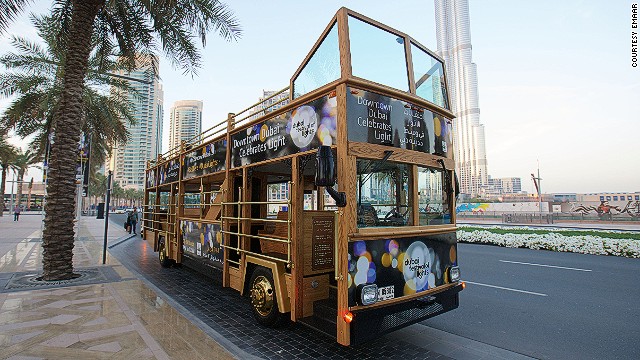 Dubai developers Emaar have sponsored the city's first Festival of Lights, along with a hop-on, hop-off bus to charter people around the various installations.
HIDE CAPTION
Prince of Light
Mysticete
Keyframes
The Water Dragon
Serenade
The World According to Piet
Big Tree
Hop on, hop off
<<
<

(CNN) -- Dubai's most impressive buildings are looking a little psychedelic this week.

In the Dubai Mall atrium, a chandelier made from steel cables dangles from the ceiling, emitting the type of strobe lighting more readily associated with disco balls. Illuminated beams pour out from the pinnacle of the Burj Khalifa, making the world's tallest building resemble a giant lighthouse.

In Burj Lake, home of the Dubai Fountain -- the world's largest water feature -- a hyper-realistic 3D hologram of a whale frolics in above the water. The Souk al Bahar -- a grand, Arabian-style bazaar -- has been transformed into a Disney-esque 3D cinematic feat;

French stage director and composer Damien Fontaine has used video mapping and LED projectors to create a visual narrative in which two characters go in search of hidden treasure.

This collection of more than 30 installations is part of Dubai's inaugural Festival of Lights, a 10-day event modeled on the version hosted every December in Lyon, France. In fact, the city of Lyon co-sponsored the event, along with Emaar Properties, the Dubai developers responsible for many of Dubai' most ambitious projects.

"We aimed to mark an extraordinary celebration of artistic creativity and light installations on a scale never experienced before in the region," said an Emaar spokesperson.

In addition to borrowing the concept, Emaar has also tapped the talent pool of artists, designers and architects that each year turn Lyon into an electric playground. Participants include Moroccan-born fashion designer JC/DC (aka, Jean-Charles de Castelbajac), who once designed a teddy bear coat for Madonna and French lingerie designer Chantal Thomass.

"The City of Lyon has set a global benchmark in festive lighting and it was an ideal fit to partner with them to bring the world's finest lighting concepts to Dubai," says Emaar's spokesperson.

The Lyon festival started out as a religious tradition, but has since evolved to become one of the most impressive entries on the global arts calendar. Set over four days, artists have been known to project flames onto churches, create animations to crawl up buildings, and graft holograms onto mist. The event attracts millions of visitors every year. While Emaar has yet to release any numbers, they noted the festival was "well received."