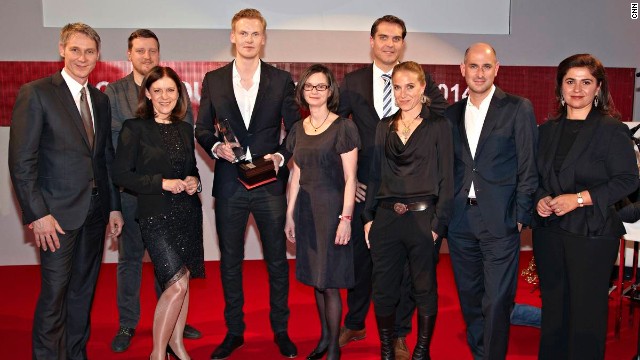 Claas Relotius was named CNN Journalist of the Year and won the best Print category for the story "Murderers as Carers," which was first published in Swiss magazine Reportagen. He's pictured here fourth from the left with the rest of the judging panel. 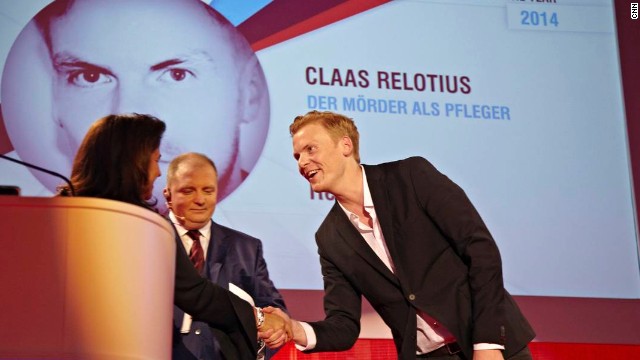 Claas Relotius is awarded the CNN Journalist of the Year 2014 accolade by Parisa Khosravi, senior vice president for CNN Worldwide. 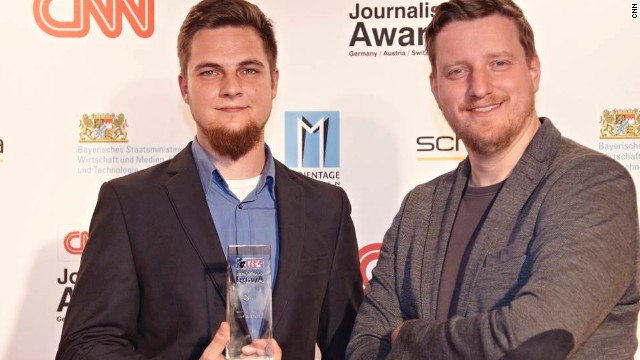 Christian Werner (pictured here on the left with judging panelist Stefan Ploechinger) celebrates following his win in the Online category for his work "On the Trail of Dead Children" presented on the Der Spiegel iPad app. 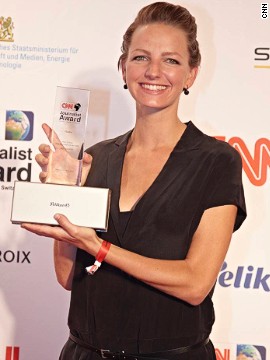 Jenny Marrenback was honored for best Radio piece at the 2014 CNN Journalist Awards in Munich, Germany. Judges praised her report for showcasing "the other side of the coin in the NGO business." 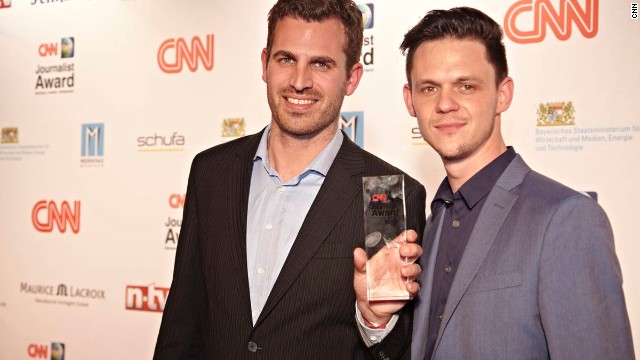 ZDF's Michael Strompen and Jo Schuck scooped the best TV prize Thursday night for their report entitled, "Escape to the Caribbean -- Corporate Tax Tricks," in which they undertook an international investigation into corporate tax evasion. 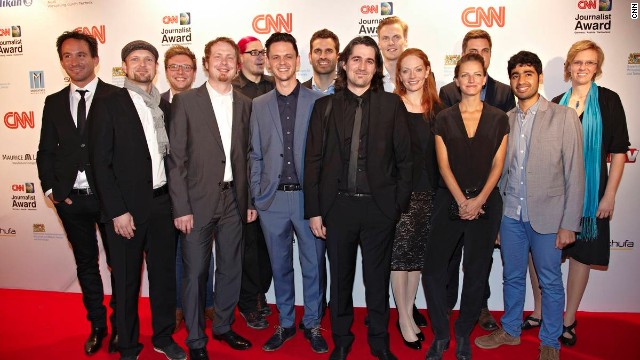 Munich, Germany (CNN) -- A story focused on the care of prison inmates with dementia in U.S. jails has scooped two top prizes at the CNN Journalist Awards ceremony in Munich.

Claas Relotius was named CNN Journalist of the Year for the story "Murderers as Carers." The story, first published in Swiss magazine Reportagen, also won the Print category award on Thursday night.

According to Relotius' report, many U.S. prisons are struggling to provide care for long-term inmates suffering from dementia. But one high-security facility has found an unconventional solution to the problem -- by teaching its own inmates to become carers.

"The report takes a poetic and interesting approach to a major social problem. Claas Relotius paints pictures in the reader's mind that unfold like a film,' said Franz Fischlin, chairman of the judging panel.

Meanwhile, Michael Strompen and Jo Schuck's "Escape to the Caribbean -- Corporate Tax Tricks," in which they conducted an in-depth international investigation into corporate tax evasion through shell companies, won the best TV category. Jurors noted how the duo from ZDF succeeded in powerfully "explaining the many numbers, pieces of information and complicated economic interrelations."

The Online category honors went to Christian Werner for "On the Trail of Dead Children." Presented on the Der Spiegel iPad app, he revealed the impact of the bombing of Iraq in 2003 on the health of children.

Watch video of the CNN Journalists of the Year award (German)

Also recognized was Jenny Marrenback, who won the accolade of best Radio piece. Her report, "Haiti Cherie. The Business of Aid," explored the aftermath of environmental devastation in Haiti for survivors. Judges praised Marrenbach's work for showcasing "the other side of the coin in the NGO business."

Parisa Khosravi, senior vice president for CNN Worldwide said: "CNN continues to do its part to support quality journalism by sharing our experience with journalism colleagues around the world through a number of different programs, such as the CNN Journalist Award, now in its ninth year.

"It's so heartening to see strong journalism thrive and grow through such competitions and we're delighted to support this initiative for German-speaking journalists."