Hillsborough: A tragedy that united a city

(CNN) -- Like many parents across the city of Liverpool, the McManamans waited.

Twenty-five years ago, it was all they could do.

There were no mobile phones to call, no text messages that could be sent to calm the frayed nerves of concerned families.

So they waited, hoping to see their son Steve appear at the bottom of the road.

"I was there, so I remember everything about the day," recalls the man who was that teenage boy.

Now 42, Steve McManaman went on to play more than 250 games for Liverpool Football Club between 1990 and 1999. But back then, he was still making his way as a professional player.

"I traveled along with the Liverpool youth team, the apprentices and the reserves, to watch the game," he tells CNN.

"I was always OK because I was with the team and the players' wives, so we were in the main stand. Fortunately I was in the stand watching the incident unfold in front of me. It was a harrowing experience.

"It shouldn't happen when you get up in the morning and go to watch a football match."

It was April 15, 1989. Liverpool's senior team was contesting an FA Cup semifinal against Nottingham Forest 75 miles away at the Hillsborough Stadium in Sheffield.

While McManaman was able to return home to his family, others never would. The death of 96 fans on that spring afternoon cast a shadow which still hangs over a sport, a football club and a city.

The match kicked off at 15:00 local time but within minutes it had been abandoned, the football becoming irrelevant when framed against the human tragedy unfolding in the Leppings Lane stand.

In those days huge banked terraces were commonplace in English football. Metal fences separated the thousands gathered in the stands from the pitch.

The fatal crush in such a terrace at Hillsborough sent a jolt through England's Football Association, eventually leading to the introduction of all-seater stadia.

"That was the end of standing in stadiums," McManaman says. "The stadiums are safe now, they're all modernized and better." 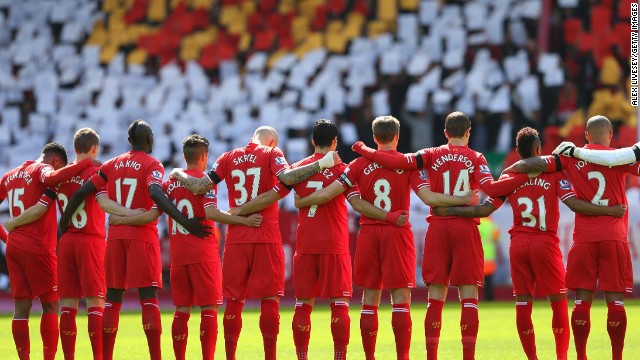 Liverpool players acknowledge a minute's silence for the Hillsborough victims on the 25th anniversary of the stadium tragedy before Sunday's 3-2 win over English Premier League title rivals Manchester City. 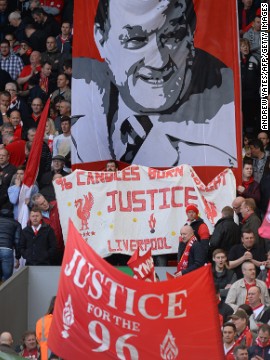 Fans in the Kop stand at Anfield wave banners in memory of the 96 victims of the 1989 disaster, which happened when supporters were crushed during Liverpool's FA Cup semifinal against Nottingham Forest. 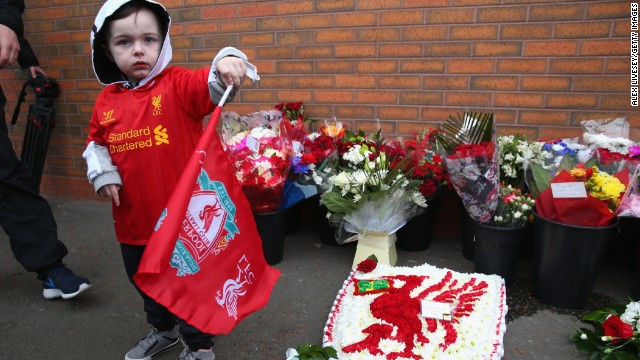 A young fan stands next to floral tributes laid in memory of the victims ahead of the Liverpool-Manchester City game at Anfield. 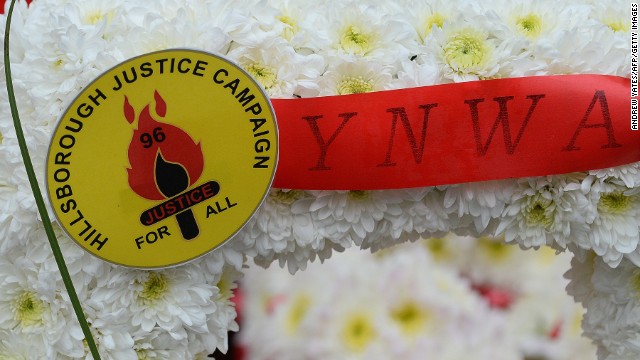 The Hillsborough Justice Campaign was set up to support those affected by the disaster, including the families of the victims and the survivors. 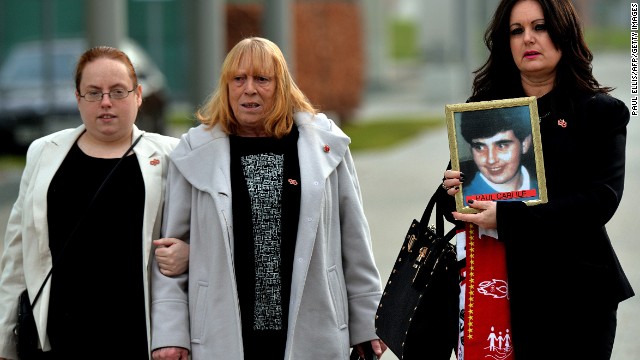 A new inquest into the tragedy started on March 31, 2014. Donna Miller (right), whose brother Paul Carlile died at Hillsborough, walks next to Mary Corrigan (center), whose son Keith McGrath was also killed, as they arrive to attend the opening day. 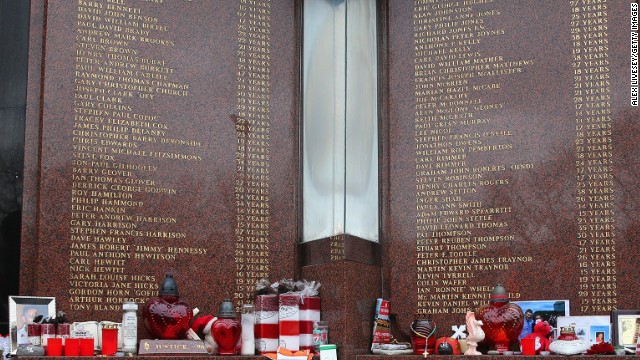 The names of the 96 victims are listed on a memorial outside Liverpool's Anfield stadium. 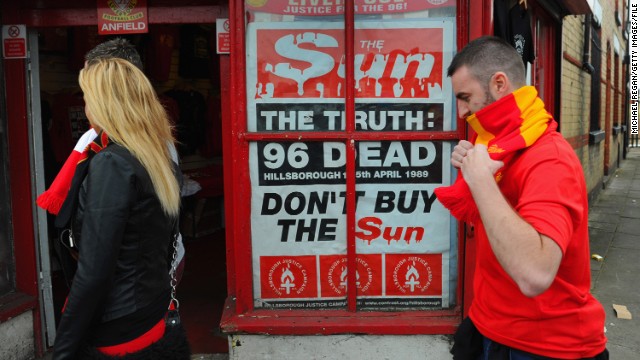 It is a tragedy that is not just felt in the red-jersey-wearing half of Liverpool.

The blue half of Liverpool celebrated a 1-0 win and a place in the final, but it wasn't long before that joy was tempered by the realization that their neighbors had just endured their darkest hour.

Among the thousands of Evertonians who had ventured 100 miles south to the game at Villa Park, in the city of Birmingham, was a young Jamie Carragher.

Carragher went on to become a part of Liverpool folklore, making over 500 appearances for the Reds and helping them to win the European Champions League in 2005 before retiring last year.

But before he became a professional footballer, Carragher was an Everton supporter and, like many others, he was unaware of what had unfolded at Hillsborough.

How Hillsborough touched the world and evoked support and tributes from across the globe - http://t.co/OzYy4Zjb2N pic.twitter.com/sPxGboTJea

"It was in the days before mobile phones, so it was very difficult to know what was going on, really," says Carragher, who spent his entire 16-year playing career with Liverpool.

"We heard reports, stories. It wasn't just a Liverpool tragedy, it was a Liverpool city tragedy.

"The Everton fans and Everton football club have both played a major part in it over the last 25 years and I think the whole city felt it."

And there are many still feeling it today.

Relatives of those who died have fought a tireless campaign for justice. After a quarter of a century, the end may finally be in sight.

A fresh inquest into the tragedy began last month after the initial verdict of "accidental death" verdict that had stood for over two decades was quashed in December 2012 by the High Court.

A jury will decide on a range of issues relating to that fateful day, including whether police amended statements to deflect blame away from the force and onto Liverpool fans. The inquest could run until 2015.

Later this month Liverpool will pay its respects. The club will stage a charity match on April 21, with a host of former players -- including Carragher and McManaman -- turning out to raise money for the Hillsborough Family Support Group.

"Now I'm not a player I'll still go, former players go back," Carragher says. "We're there to pay our respects to the 96 and also to the families that are there."

"It's sad really, but certain disasters do shape football teams," he says. "It's just sad that you always refer back to disasters."

Read: Will the scars of Hillsborough ever heal?