(CNN) -- If you want to earn big bucks as a sportsman then Europe is the place to be.

Playing American football, baseball or basketball in the United States has often been thought of as the way to earn top dollar, but not any more, according to a new survey.

So if you are a star in need of a bumper pay rise then hotfoot to Manchester City, which is the best paid team in global sport, according to Sporting Intelligence's Global Sports Salaries Survey for 2014, compiled in association with ESPN The Magazine.

According to the report, which looked at 294 teams in 15 leagues in 12 countries across seven different sports, the average first-team player to ply their trade at the English Premier League club earns $8,969,407 per year, or $172,488 per week.

American baseball outfits New York Yankees and Los Angeles Dodgers are ranked second and third -- with annual salaries of $8,882,746 and $8,603,482 respectively -- but six of the top 10 teams surveyed are from Europe.

The Yankees held the coveted top spot in 2010, when the inaugural survey was conducted, with its players earning an average of $7.89 million per year.

However, Europe is now the dominant force after Barcelona ousted the Yankees in 2011, with an average of $8.2 million per year, before holding onto the position for the following year.

By 2013, City had become the best paid team in global sport -- and their players' salaries show no sign of stagnating.

"The perception in the past has always been that sports players in America can earn the major bucks," Sporting Intelligence editor Nick Harris told CNN.

"But what this survey shows is that actually Europe can also pay those big bucks and has the ability to compete with America."

Perhaps the biggest misconception when it comes to wages in sport is that NFL players take home some of the heftiest pay packets.

Although that may be true to some extent -- Drew Brees of the New Orleans Saints made the top five of Forbes' "World's Highest Paid Athletes" list last year -- the reality is that the majority of players are not so lucky.

"The majority of people, if you ask them which sport have the best paid teams, will say NFL because of the Super Bowl and College Football -- it's huge.

"But most don't know that is not the case as not everyone is well paid. The majority are not. 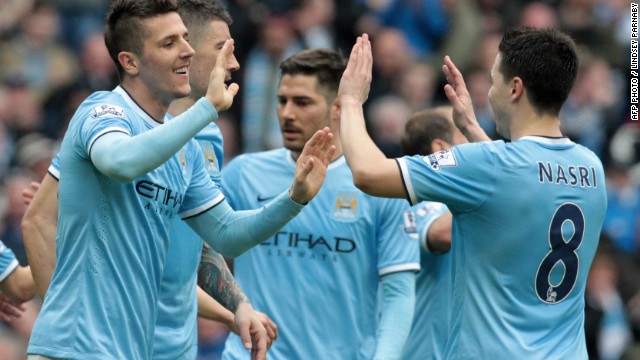 Manchester City is the best paid team in global sport, according to Sporting Intelligence's Global Sports Salaries Survey for 2014. 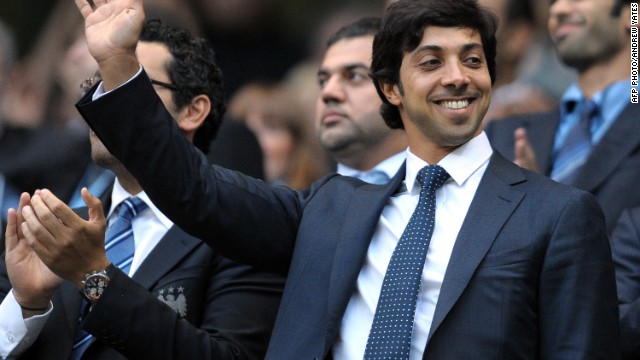 City's funds have been aided by the arrival of billionaire Sheikh Mansour in 2008, while bumper television deals have also played their part. 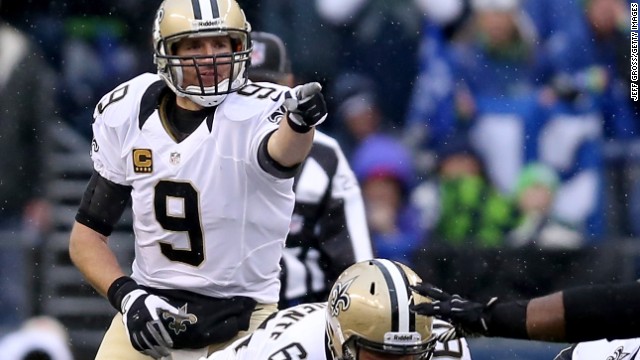 Although Drew Brees of the New Orleans Saints made the top five of Forbes' "World's Highest Paid Athletes" list last year, the majority of NFL players are not paid quite so handsomely. 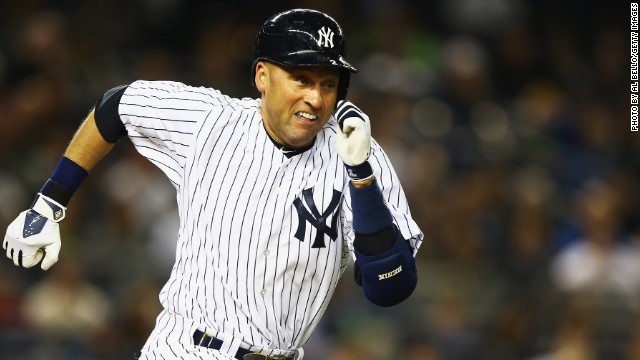 If you want to get ahead, join Manchester City

In contrast, City have the cash to be able to afford to pay the majority of their players a higher wage, rather than just a select few.

Why, then, the dominance of European football clubs when it comes to paying their players?

"Roman Abramovich has spent around$1.67 billion since arriving at Chelsea in 2003, while there has been a net spend of $1.67 billion on transfers and wages at Manchester City since Sheikh Mansour's arrival in 2008.

"As for other Premier League clubs, TV money has driven wage inflation. It has done so in elite European football and in England since the early 1990s and particularly in the last decade. And it is continuing to rise."

Last year the Premier League sold its broadcasting rights to Sky and BT in a record-breaking deal worth around $4.98 billion, while overseas TV deals brought in another $3.35 billion.

That in turn allowed City to pay the likes of Yaya Toure and Sergio Aguero so handsomely, while making its first-team players the best paid in sport.

Read: The tragedy that united a city