Think there aren't enough hours in the day? Meet this maverick slum dweller

(CNN) -- Most success-hungry entrepreneurs would tell you there's not enough hours in the day -- try saying that to Buken Makokha.

Hailing from the impoverished slum of Gatina on the western outskirts of Nairobi, the 23-year-old's daily tasks include running a delivery service company, owning a barbershop and selling energy efficient stoves -- all the while putting himself through university.

Makokha's typical day starts when everyone else is still deep in their sleep. By 3am, he's already up, studying and preparing his school assignments for later in the evening; by 7am, he enters the green doors of "Clean Touch," the barbershop he set up three years ago at the heart of his local community. 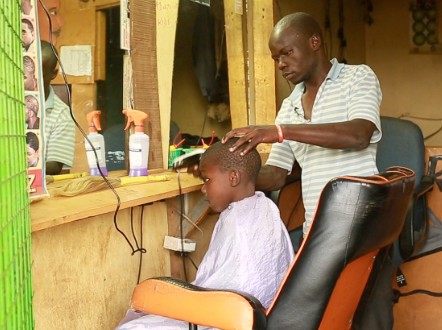 Buken Makokha inside his barbershop.

By 8am, he leaves the shop to an employee to start running his SkyHighSwiss courier service -- jumping on his motorbike, Makokha spends most of his day making personal deliveries all across the bustling Kenyan capital, whilst checking every now and then his Facebook page for any orders for his latest business venture: selling EcoZoom clean burning cook stoves.

By 4.30pm, Makokha parks his motorbike, only to head to the Maasai Mara University where he is a first-year student of community development. Lectures last from 5.30pm to 8.30pm and by 10pm he's usually at bed -- only to wake up at 3am again the next day to do it all over again.

"It's a matter of determination and being focused," explains the enterprising businessman. "It's only the passion that I have to work in the community," he adds, when asked how he juggles time to manage it all.

Growing up in Gatina, Makokha became a multitasking entrepreneur out of necessity to pull himself out of poverty. One of the biggest challenges, he says, was feeling alone.

"We youth in the slums are not supported," says Makokha. "So you have to struggle with everything," he continues. "You don't have a mentor, you have no place to run for help -- that is what is making me work every day very hard."

Makokha says he always wanted "to become an entrepreneur and a risk-taker." Determined to make it, he started "Clean Touch" to earn money by shaving his clients and allowing them to charge their phones. Then, about a year ago he got a driver's license and launched SkyHighSwiss. 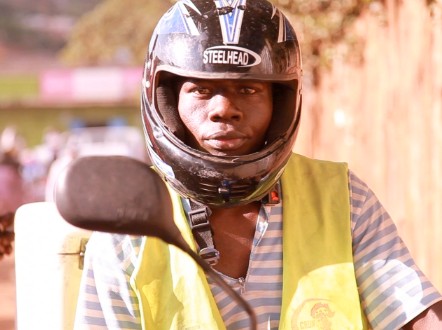 Makokha wants to expand his courier business outside Nairobi.

"The courier is different than the barbershop," says Makokha, who employs one staff member for each business. "Because the barber I target the people I live around with and the courier I target people outside because they are busy," he adds.

My biggest dream in this world is to have a social business enterprise to help fight the poverty level.
Buken Makokha, entrepreneur

"It's people from the whole town, people who are much more richer, they don't have time to do shopping or run for errands -- I took advantage of their busyness to make my business, so I deliver parcels, I deliver food, I deliver drinks."

'I want to inspire'

Thanks to his hard work and determination, Makokha can now afford to pay for his own living space and also attend university. But the self-made entrepreneur wants to better the lives of people in his community too.

On weekends, he spends most of his time with children in Gatina, putting his community development skills into practice by mentoring young people and helping them put on theater performances.

"After my studies I want to start a project to help people where I am living," says the spirited entrepreneur. "To identify their needs, to realize their potential and help them achieve their goals," he continues

"My biggest dream in this world is to have a social business enterprise to help fight the poverty level -- I want to inspire young people like me."

READ THIS: Luxury shoes put sparkle in your step

READ THIS: Tips to make you rich