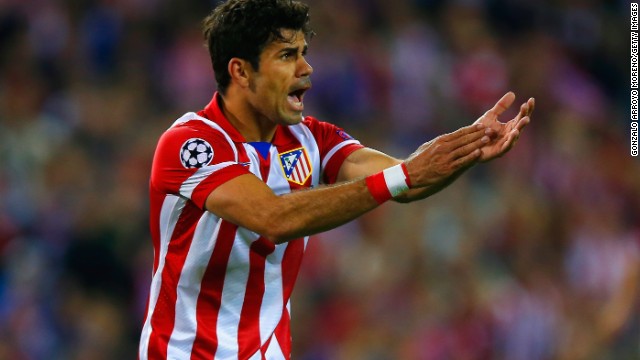 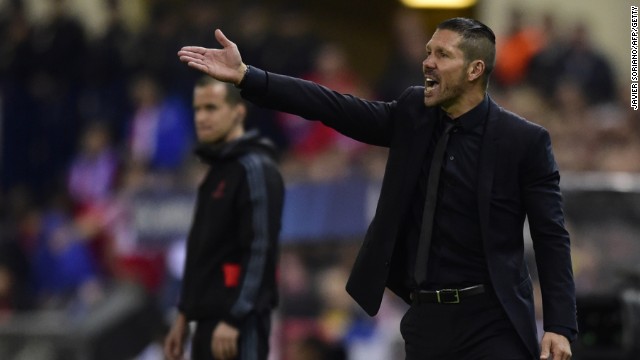 Atletico Madrid manager Diego Simeone shared the frustration of his side as they struggled to break down an obdurate Chelsea defense. 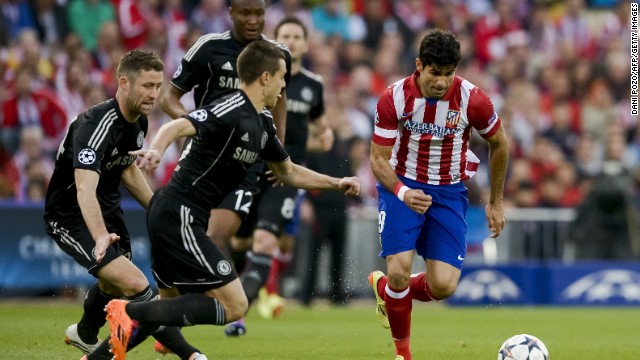 Atletico Madrid dangerman Costa is surrounded by Chelsea defenders as he attempts to attack the visiting goal. 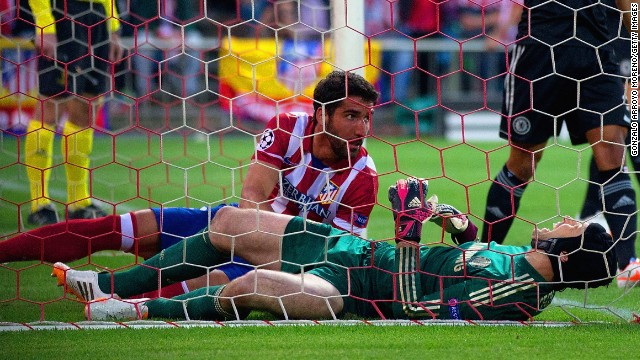 Chelsea goalkeeper Petr Cech is clearly in distress after taking a tumble while tipping over a corner. He had to be substituted by Mark Schwarzer. 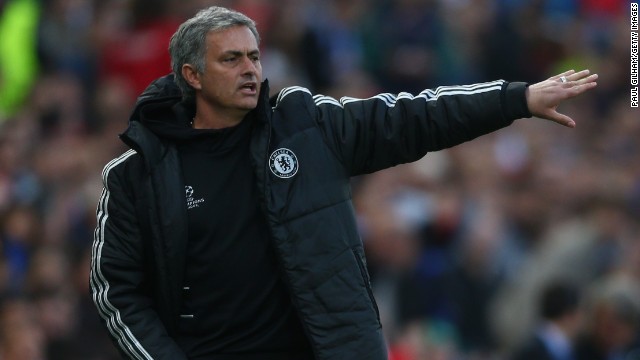 Jose Mourinho's Chelsea adopted a cautious approach during the first leg of the semi-final in the Vicente Calderon Stadium in Madrid. 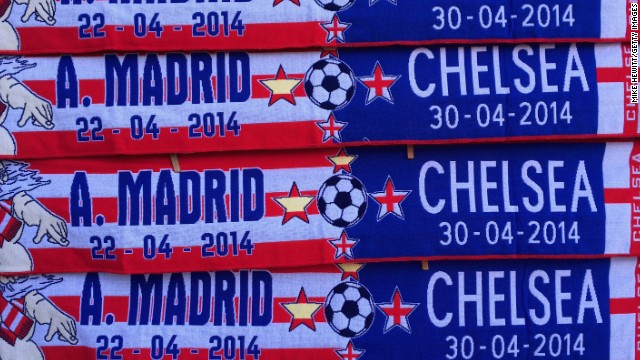 If the expectant capacity crowd in the Vicente Calderon were anticipating a night of free-flowing football then they would have quickly become disillusioned as Mourinho's men restricted Atletico to few chances.

Chelsea, who entertain the Spanish League leaders in the return leg in London next Wednesday, also had to cope with losing goalkeeper Petr Cech and captain John Terry to injury in each half, but Atletico were unable to take full advantage.

After central defensive lynchpin Terry limped off, Atletico had their best spell with Gabi forcing a fine save from Cech's veteran replacement Mark Schwarzer while Raul Garcia and substitute Arda Turan headed wide from Juanfran crosses.

Chelsea's Fernando Torres, returning to the club where he spent six successful years, cut a lone figure up front for the English Premier League side and aside from one fine run and shot had barely a sight of goal.

Torres' Atletico counterpart, Diego Costa, who has been linked with a big money move to Chelsea, was also largely frustrated aside from two late headers, the first blocked by Gary Cahill, the second, better chance, headed straight at the excellent Schwarzer.

The 41-year-old Australian told ITV Sport after the draw that it had been a job well done.

"We knew if we could match their determination, that our quality could come through. We didn't create too many chances, but we did a good job tonight," he said.

"It's very tough for the second leg but we've got to take each game as it comes. Before that, we've got a massive game at Liverpool on Sunday."

Read: From the chosen one to the sacked one

Chelsea, who must win at league leaders Liverpool to revive fading English Premier League title hopes, will be hoping to reach a second Champions League final in three years with their home leg against Atletico still to come.

But they will have to do without Cech, who dislocated his shoulder after falling awkwardly in tipping over an early corner, and Terry, who limped off in the 72nd minute.

The bad news was confirmed by Mourinho. "Petr Cech's season over. Don't ask me technically, but season over," he said. "And John (Terry) -- we have to play the final for him to play with us."

Atletico, who were beaten finalists to Bayern Munich in the 1974 final of Europe's premier club competition, will return to league action with a match against Valencia Sunday as they bid to hold off Real Madrid and Barcelona in La Liga.

Their city rivals Real play reigning title holders Bayern Munich in the Spanish capital Wednesday in the second semifinal of the Champions League.